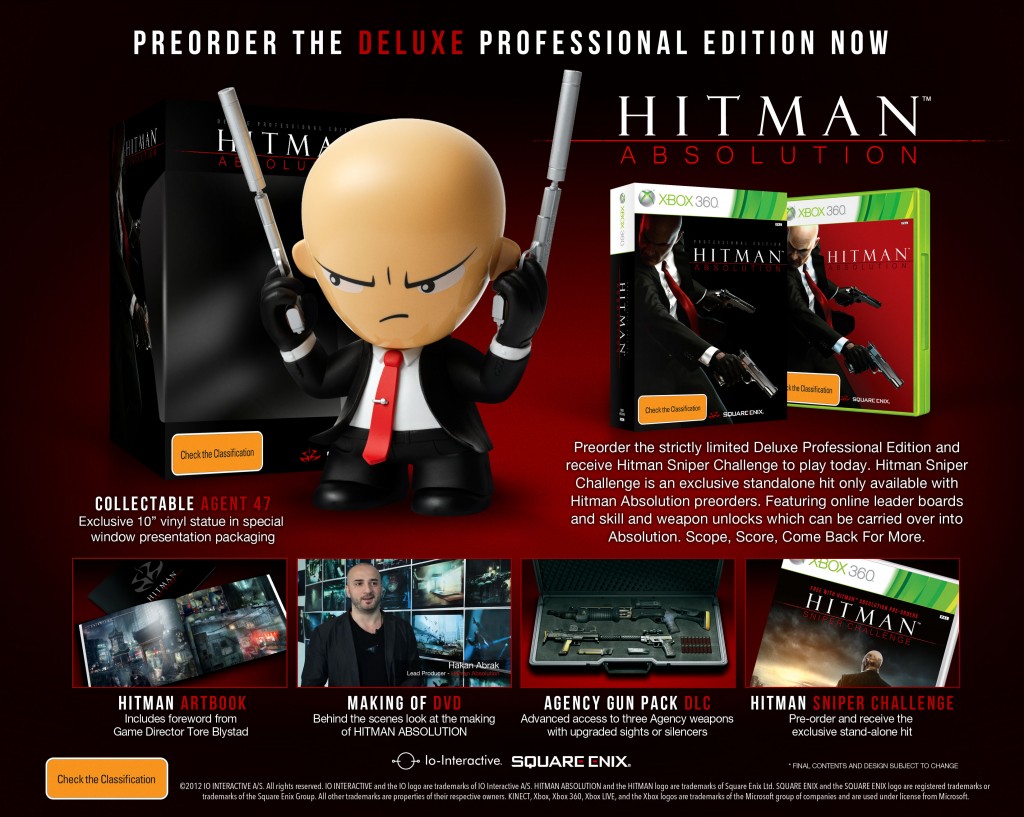 The Deluxe Professional Edition comes packed with an Agent 47 vinyl statue, a Professional edition of the game including a hard-cover art book, a making of DVD and a DLC pack called he Agency Gun pack. Also if you pre-order the game, you get access to a special gameplay experience called the Sniper Challenge.

The special edition will be released onto the Xbox 360, Playstation 3 and PC come November 20th, 2012. You can pre-order through EB Games here and JB-HiFi here. Check out the pictures of the special editions below. 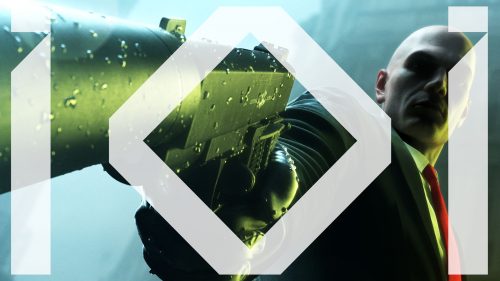