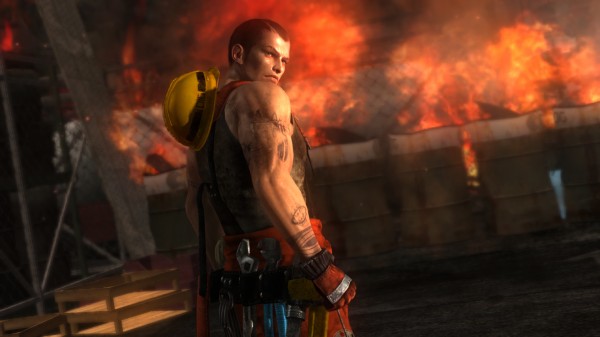 Early this morning Tecmo Koei confirmed that they will indeed be releasing a new character to go along with Dead or Alive 5 and alongside this confirmation came a slew of information about the character, as well as screenshots and a trailer of him battling against first Christie and Bass. The company also confirmed that Dead or Alive 5 will feature a fully controllable photography camera, allowing players to zoom in and get the “perfect” shot in replays.

Rig is a man who can’t remember his name or where he came from, so he has been called Rig simply because he has been working on an oil rig since he was young. He uses his own brand of fighting as well as hints of taekwondo. Take a look at him in action below as he fights against a seductively dressed Christie and a rather angry Bass on a newly revealed stage called Fuel.