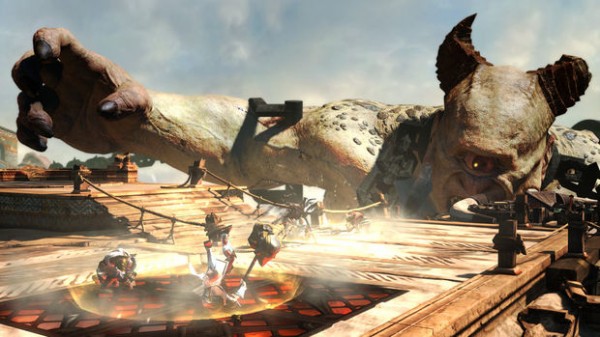 To top that off, it appears that these fighters will be able to interact with the environment around them, including the giant cyclops in the background of the stage shown below. Do you believe that God of War having multiplayer is a good thing? Let us know in the comments below.