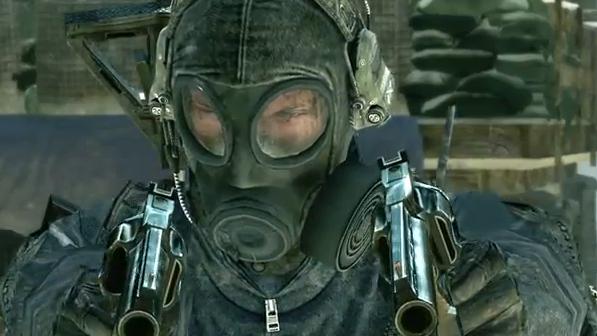 It’s that time again, Infinity Ward faithful. Those of you who opted out on Elite (which is still a puzzling decision in my eyes due to the value alone) can now snag up Modern Warfare 3’s Content Collection 2 on the Xbox 360 for 1200 points. Along with three new multiplayer maps, this pack also comes with two special ops missions for fans of the game to enjoy to top off a varied add-on as a whole.

Want all of the deets? Check out the official listing for Collection numero duo below:

• Getaway: This former white-sand vacation spot, boasting exotic aquaria and surfside infinity pools, is now a Face Off map and a haven for ruthless run-and-gun violence.
• Lookout: A perilous warren of chokepoints and tight corridors, the second Face Off map drops your one- or two-man teams into a forward observation base carved into a war-torn mountainside.
• Sanctuary: Destroy the opposition—and the ornate relics of an ancient monastic order—in the towering sandstone cloister of central Greece’s Sanctuary. SMGs, assault rifles and shotguns will make short work of both.
• Foundation: Choose your rules of engagement in this decommissioned cement factory in the heart of South Korea, perfectly constructed for both sniping and run-and-gun combat.
• Oasis: Once a postcard-worthy holiday spot, now a paradise for a different sort of traveler—the ones who’ve traded fanny packs for combat fatigues. Pick your combat lanes carefully atop this ancient stone fortress turned five star resort.
• Kill Switch: Armed with an EMP, you and a squad mate must neutralize a Russian carrier deep within enemy territory. This Special Ops Mission tasks one team member on the ground, fighting through hostiles on your way to the detonation site, while the other must maintain vital cover from behind a sniper scope.
• Iron Clad: For the first time, take the wheel of an Abrams-class tank with full escort. Breach and clear and exfiltrate from behind enemy lines in Hamburg in this all-new Special Ops mission.

As always, these content packs deliver a ton of new stuff to do, and it looks like Activision will be keeping their latest CoD relevant for quite some time with even more content drops in the future. For now though, you can find all of the goods on the Xbox Live Arcade, and keep an eye out as soon the PS3 will be seeing the same treatment. Check out the official trailer below for a more in-depth look.