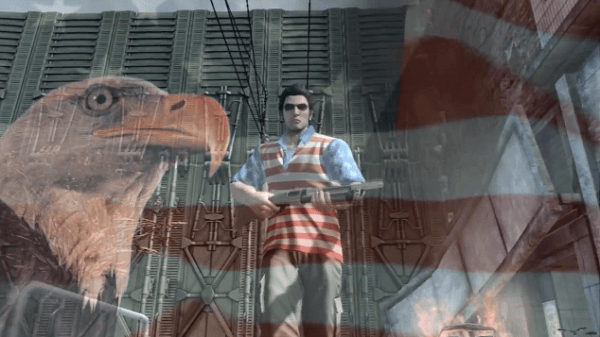 In less than a week a Yakuza game unlike any other will be released in North America. Why is this one different than any other Yakuza game? Well because rather than dealing with people, this time around you will have to deal with undead people.

How will you be dealing with these zombies you ask? Well if you were to pre-order from GameStop before the game is released you will be able to receive five bonus costumes, eight bonus weapons and a slew of additional content. You can see some of this content in action below in what has to be the most patriotic video game trailer I have ever seen.