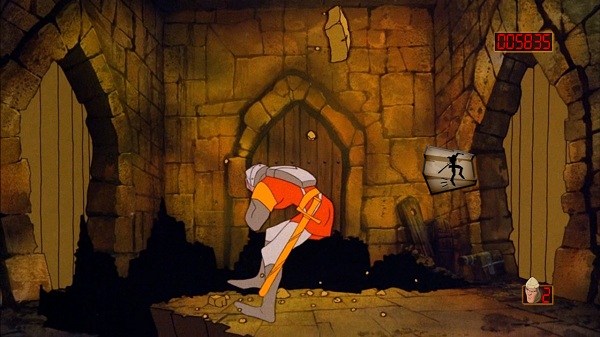 Digital Leisure must have decided that they wouldn’t allow anymore information to be leaked out by lowly ratings boards and have today revealed that not only is Dragon’s Lair coming to the XBLA, it is also going to be using the Kinect.

According to PlayXBLA the game will be the very first XBLA game that will allow players to play with either the Kinect or the traditional controller set up. As seen above players can perform various actions to avoid dangers, though some will obviously choose to play with the normal controller. Good to see that even an ancient title like Dragon’s Lair can still see some new features.

Space Ace Soars to the DSiShop!