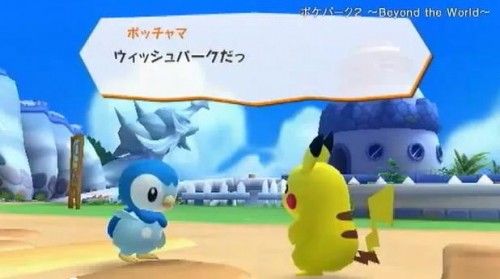 After recently announcing PokePark 2: Beyond the World for the Wii, Pokemon Company International have now gave us a new trailer for the unexpected sequel. If you are unaware, this follow-up will feature the same adventure style gameplay that lets players now take control of Pikachu, Oshawott, Tepig, or Snivy while playing mini-games with many Pokemon that inhabit the game’s two worlds.

This clip shows us some of the unique abilities that these mascots will possess, as well as mini-games such as a rhythm action style dance-off and several other activities that fans should enjoy. There still isn’t a date or even an official word on localization at the moment (but we know that is coming) for PokePark 2, but for now you can watch the new trailer down below.