It’s getting mighty close to the release of Final Fantasy Type-0 for the Playstation Portable. As one of two PSP games that will utilise two UMDs, expect a lot of content to find its way into the game. Of course, expect the game to be available on the Japanese Playstation Store. So, what has Square Enix revealed so close to the release date? Let’s list them right now. 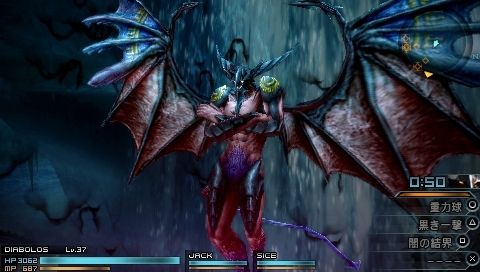 First up, we have a new summon. Named Diablos, this demon summon sucks out the HP from enemies with its gravity ball. The ball does grow in size. The downside of this ball is that, if one of your fellow students are nearby, their HP will be sucked up as well. Considering that you sacrifice one of these students to summon it, proceed with caution. 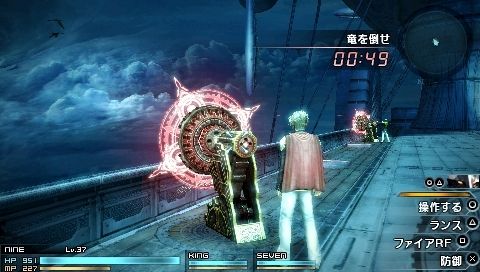 Second, aerial combat will be available. On your airship, the defenses available are cannons that shoot out flying dragons out of the sky. If you don’t get all of them, then expect the dragons to land on your ship, activating a standard battle. Tough, isn’t it. 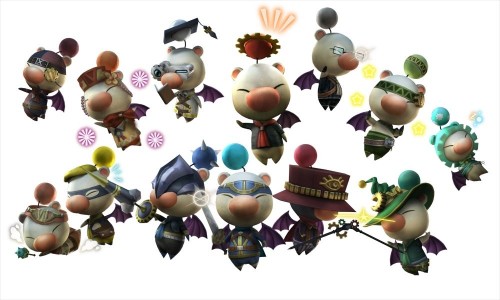 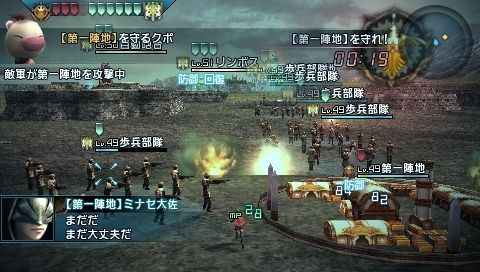 The free battles and exploration mechanics are not the only mechanics in the game. The game will have an element of real time strategy when the forces of Byakko and Souryu face off. Your class Moogle will issue the mission orders while you excute orders such as defending the stronghold. Clear these missions and you will receive command missions, which allows you to have more control over the army. 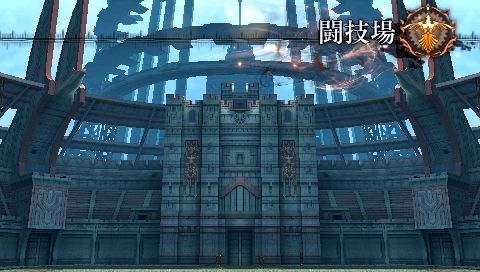 There is also a Coliseum in the game. Named the Suzaku Coliseum, this is where you go to train your characters. There are two modes of play, Mock Battle, where you face 20 waves of enemies and receive EXP and Phantoma (used for magical abilities) for your success and Secret Training, activated while your PSP is in Sleep Mode. Leave it for a while and your characters will see a change in their parameters… in a good way. 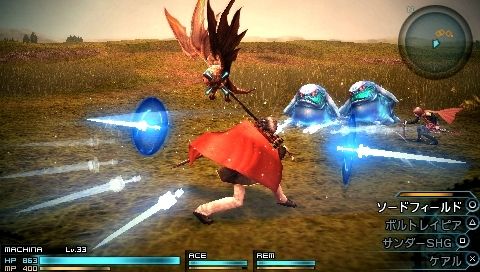 The way to learn abilities seems to be influence from more modern Western RPGs. Every time your character increases by one level, they will gain Agito Points (or AP). These Agito Points can be used to learn abilities. The abilities are character specific, I will add. Above is the ability Sword field, used by the character Machina Kunagiri. Two rapiers of light appear and spin around, damaging enemies in their path. This ability was present in the demo. 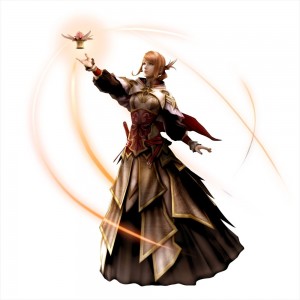 Lastly, Square Enix has revealed several sub-characters. The one above this paragraph is Caetuna, who happens to be a I’Cie from the character’s homeland of Suzaku. Considered to be a great with magical powers, they say that she can summon multiple creatures. She is also the oldest I’Cie in Orience, which is the name of the game world. Others include Diva (storyteller), Ninbus (I’Cie from Byakko), Enkido (a Genbu I’Cie), Aria (the orderly of Class 0), Naghi (cheerful member of the intelligence division) and Carla (item and info seller at Suzaku Peristylium)

Who’s excited to see what could be Final Fantasy’s last PSP outing? Would you like to see this in the West?
Source: Andriasang