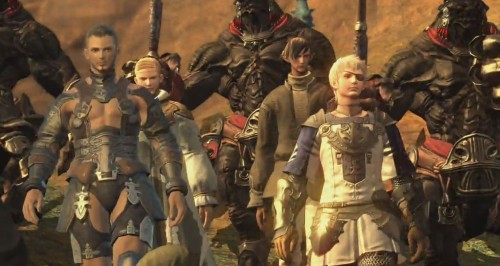 Yesterday, during a press conference in Tokyo, Yoichi Wada mentioned the following words: “The Final Fantasy brand has been greatly damaged.” He was talking about Final Fantasy XIV, the MMORPG launched with major problems that made the game somewhat unplayable. The backlash of that game was universal and loud, with major critics and fans alike expressing frustration at the basic mechanics. However, with Wada uttering these words, he has recognised the problems of the game and expressed the desire to make everything right.

On the patches, Wada notes “We’ll continue with our reform work, which basically amounts to fully redoing the game, and hope to revive the FFXIV that should have been released.” For some fans, it might be too little too late. There was no mention of the Playstation 3 version.

This particular press conference focused on the online plans of Square Enix’s flagship titles: Final Fantasy and Dragon Quest. There was talk of Dragon Quest X, but only as an example of this online direction. Wada did note that the Dragon Quest main series will not be online only, telling the audience, “We’re not making them all online. We’ll continue with a variety of developments, offline included.”