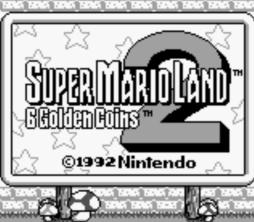 Not too long ago, Nintendo promised that both Metroid II and Super Mario Land 2: 6 Golden Coins would both be gracing the 3DS’ Virtual Console sometime in 2011. Making good on that, it now appears that one of those titles will be coming to the service as soon as next week.

On September 29th, Super Mario Land 2: 6 Golden Coins will release on the eShop in Europe, right alongside the FREE The Legend of Zelda: Four Swords Anniversary Edition that was announced earlier this year. Yes, things are looking up for the eShop now and hopefully these quality releases will keep this momentum going throughout the holiday season. I would expect Metroid II to follow suit very soon, but for now it looks like both Mario and Zelda fans will have something to cheer about in a matter of days.