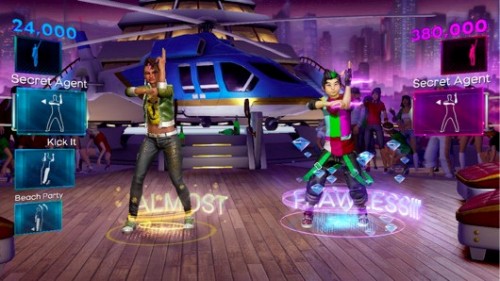 Although it was widely assumed and all but confirmed that Dance Central 2 would allow importing of tracks from the first game, Microsoft and Harmonix today definitely made it clear that THIS WOULD be possible, for a $5 fee. For 400 Microsoft Points, you can dance along to all of your favorite tracks from Dance Central while Dance Central 2 is spinning in the disc tray.

There are some things to watch out for though. Freestyle sections in the imported tracks are still part of the experience when you play these songs in DC2, even if the Freestyle option is turned off in Dance Central 2. You should also be aware that many stores are offering 400 MS point cards when you preorder Dance Central 2, so be sure to pick the best preorder deal possible so you won’t have to shell out some extra dough just to import a game you already own.