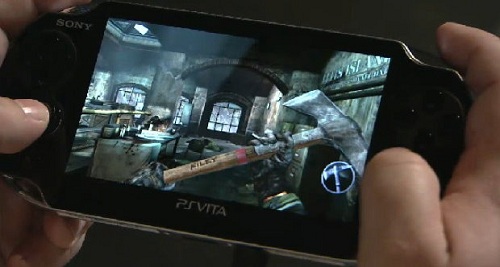 The expanding of the PlayStation Vita’s game library continues to grow it seems. Sony announced at Gamescom 2011 during their keynote a few new details Nihilistic’s Resistance entry onto the PlayStation Vita. Back when the Vita was announced, teaser footage of a resistance game was shown, but never announced until now.

The game will be titled Resistance: Burning Skies and will be a prequel to Resistance 2. Players will take the role of Tom Riley a man who used to be a fireman before the destruction of his entire country. Thanks to his history as a fireman, Riley apparently carries a fire axe around at all times and can use it as a weapon. There was a brief demo shown during the conference which showed that players could use the touch screen to activate a weapons alternate fire mode. Sounds quite awesome no?