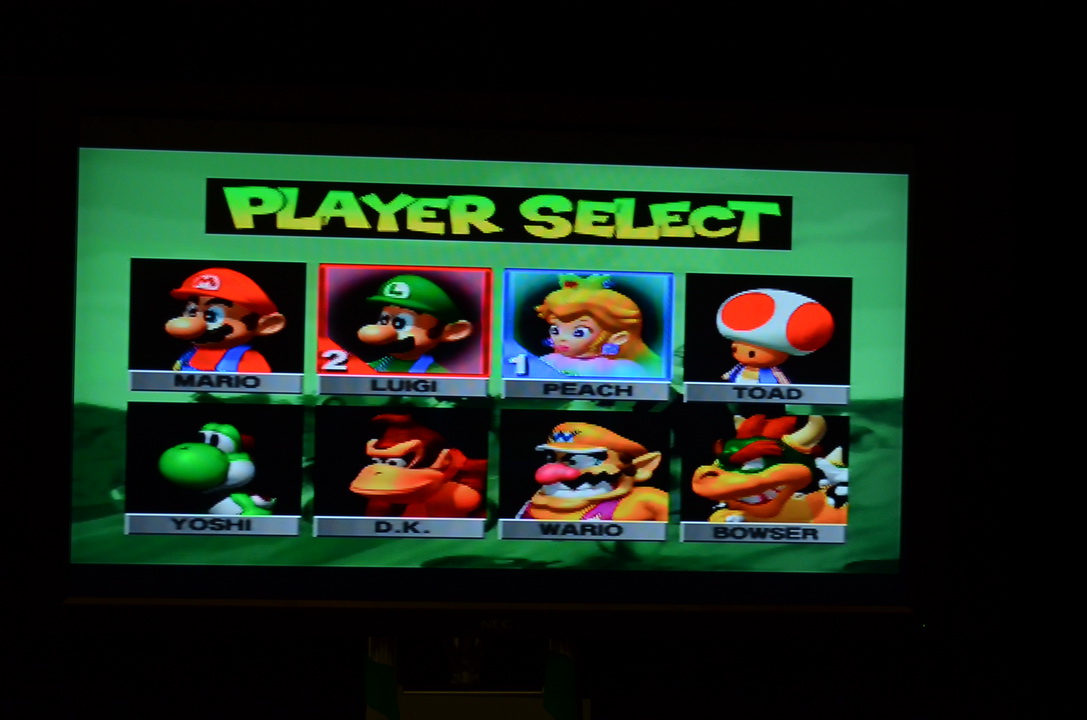 SMASH organized two great tournaments this year, one was the Street Fighter 2 tournament (check here for full details) and yes I’m very sad I wasn’t able to take part in it (I would of totally beat China with Ryu – even if she used Dhalsim or not) as I was a little busy covering and taking a lot of cool pics of the Cosplay Competition, which was also very cool. But this is not why we’re here, today we’re here to discuss the Mario Kart 64 Tournament. 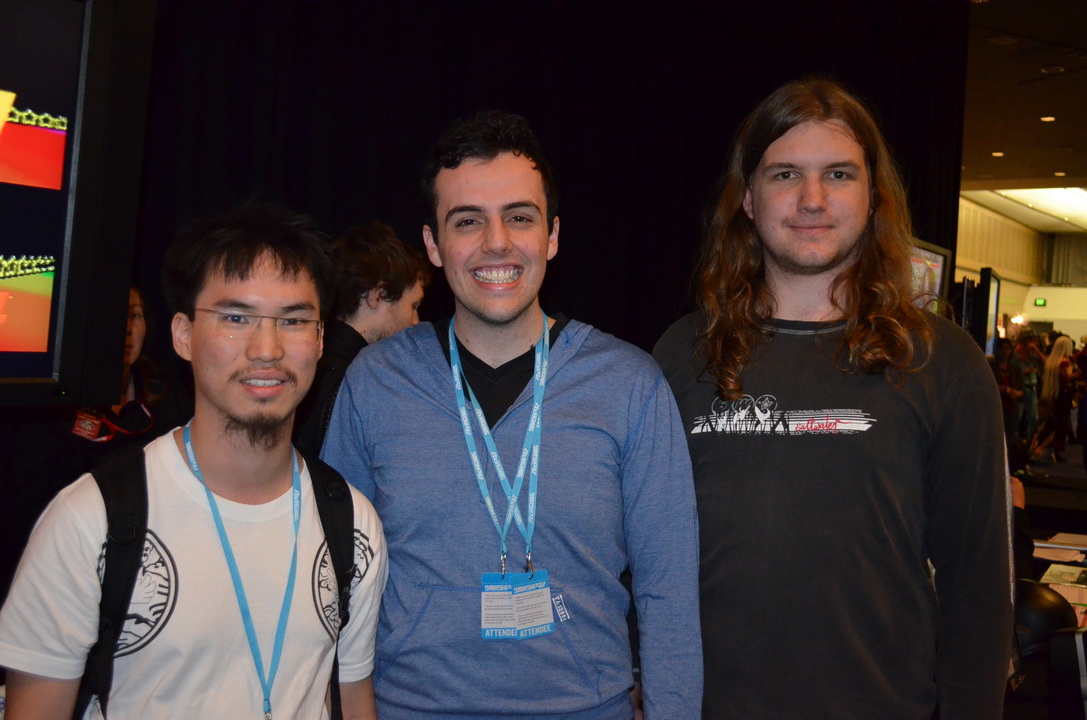 The Mario Kart tournament kicked off first with quite a lot of preliminary races taking places.  Some were classic matches with come backs from behind that brought back some good ole memories.  I still can’t believe how much video games have changed, looking at Mario Kart 64 for the first time in ages I turned to Linkage who was standing next to me and looking a little confused then we both agreed that the frame rate was a little on the low side.  But after watching a few more matches we put that aside and let the fun take over.  Unfortunately we can’t give you a full recap on all the early matches as there were a truck load of them, but we managed cover the Mario 64 Final race (video below) and also grabbed a quick interview with Andrew, the winner of the SMASH 2011 Mario Kart 64 Tournament. Watch the final race as the three contestants battle it out on the legendary rainbow road, the longest and also one of the hardest to master! Andrew the tournament winner ran a near perfect race and was never overtaken at all.  Something that doesn’t happen in Mario Kart games as everyone normally gets a chance to catch up.  But wasn’t the case and the two other competitors using Toad and Princes Peach were totally out-raced by the great Kart racing skills of Andrew and his little friend Yoshi. 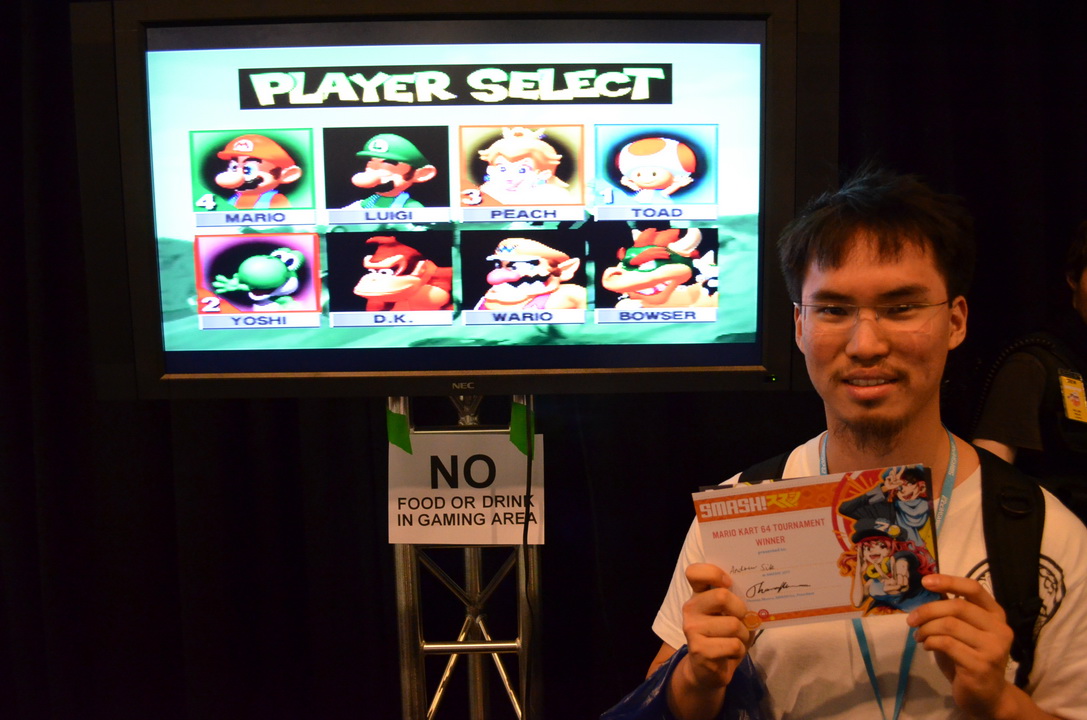 We also catch up quickly with Andrew after the tournament and ask him a few Mario Kart questions.

Check out our coverage of the entire SMASH 2011 here