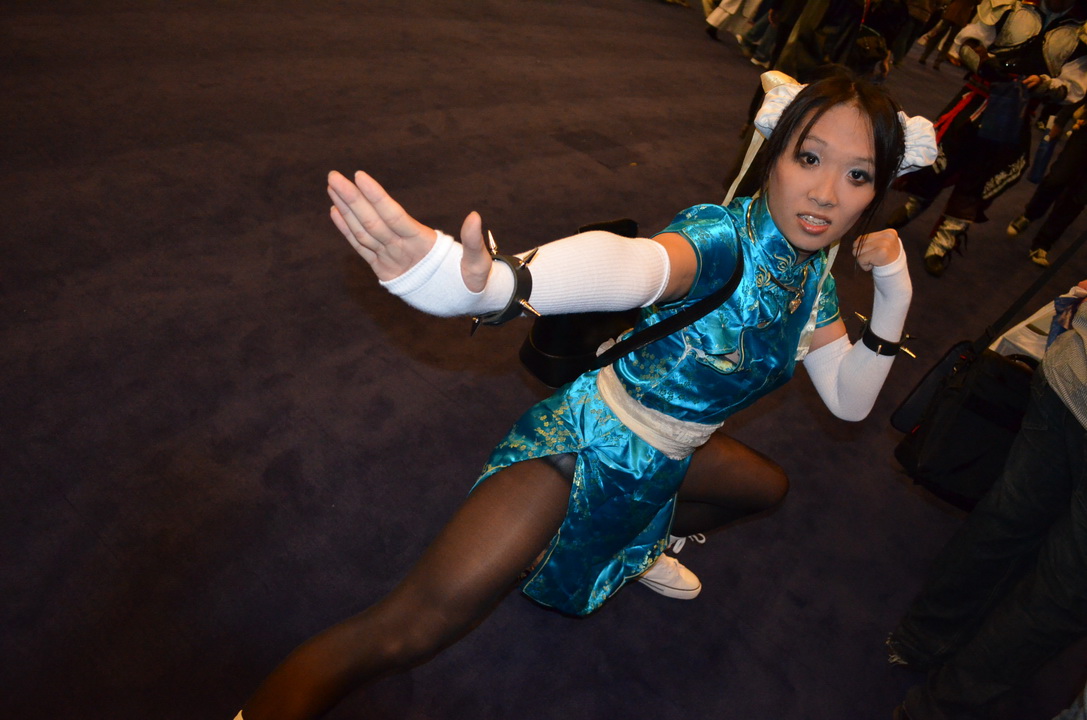 SMASH this year contained many high-energy moments, from the deafening screams of excited Little Kuriboh fans, to the insane dance moves during the cosplay contest, to even Nabeshin inviting audience members to touch his ‘skin’ in his hotel room tonight. However one of the most exciting highlights for me was the Street Fighter II tournament. People would cheer and clap, applauding reversals and praising the combos. I couldn’t believe our Street Fighter-obsessed, Cheif-Director, MasterAbott’s reaction when I told him the outcome.

“What do you mean the winner of Street Fighter is a girl?!” He yelled, at which I couldn’t help but laugh at. “Yeah man,” I said, still trying to recover from giggles, “It was that chick we met before dressed as Chun Li. She played as Guile!” He didn’t understand, and moments before I didn’t either, but you can’t blame us! I mean, of coarse we’ll assume she’d pick the character she cosplayed as! That being said, out of the 64 contenders of the competition, it was clear from the start that the female gamer known as Chyna was a force to be reckoned with. While some matches were close, most of them she won with ease, finishing on a near-perfect (or at least in the fights I watched) with only taking one or two hits. In the final match she played as Guile and took on an opponent that played as Blanka. She won mostly due to punishing air attacks with his Reverse Spin Kick, punching low and only seldom using the Sonic Boom. I caught up with Chyna afterwards where she revealed a few secrets to her success with Street Fighter II, where I asked why she chose the character she did. She revealed that she prefers to let her enemy select first, then makes her choice based upon who can provide the best counter to punish her opponent. Genius!

It seemed fitting to end the day with talking to Chyna about her victory, as almost right after walking through the doors that morning I had met her as she was signing up for the tournament, where I questioned her on her Chun Li costume and together tried to figure out which Street Fighter movie sucked more. Regardless, she concord a tournament of 60+ Street Fighter enthusiasts, who each then had to “Go home and be a family man!” You can check the interview about her victory below, and expect the other interview in a montage of cosplay interviews coming soon!! 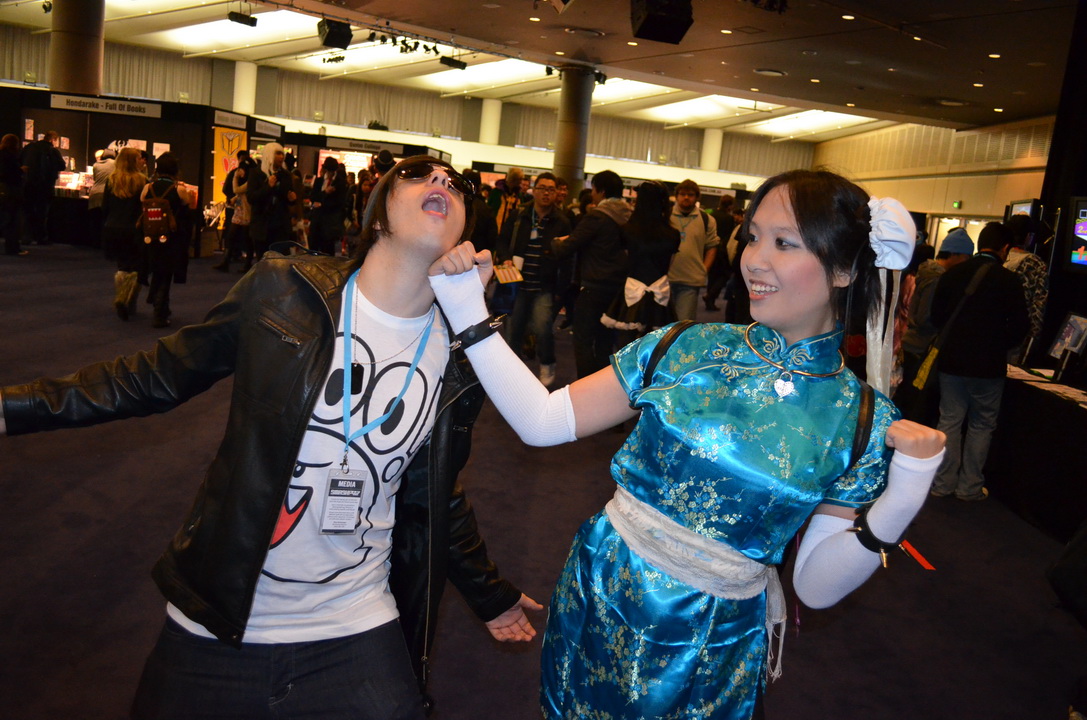 As usual I got beat up by a girl, but this time it was awesome!