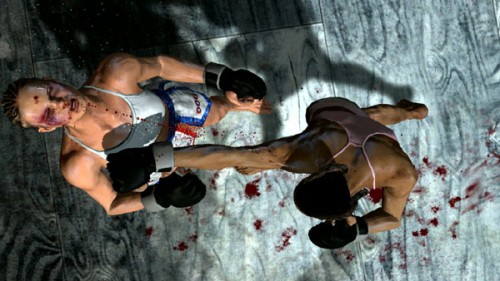 Fans hoping to get a taste of a new MMA experience are going to have to wait a little longer because the only MMA game releasing this year, Supremecy MMA by Kung Fu Factory and 505 Games has suffered a delay. Originally the game was set for a mid June release but now it has been delayed until September 20th for unknown reasons. The game itself will take the MMA experience to new heights unlike what we have seen in the past from previous titles.

505 President Ian Howe said that “Supremacy MMA is an extremely important new IP for 505 Games and represents another level of depth to our growing roster of games. With that in mind, we believe the tremendous value of the title combined with the overwhelmingly positive response we’ve had from consumers and writers during early gameplay sneak peeks, tells us this title deserves to launch in the thick of the fall buying season.”

From what I’ve seen so far on the title it will definitely be something interesting and it will also be the first MMA title to include actual female fighters. The whole roster has yet to be revealed however and we will know more as time goes by, but all MMA fans should mark on their calender that September 20th Supremacy MMA will be released for the Xbox 360 and PlayStation 3.