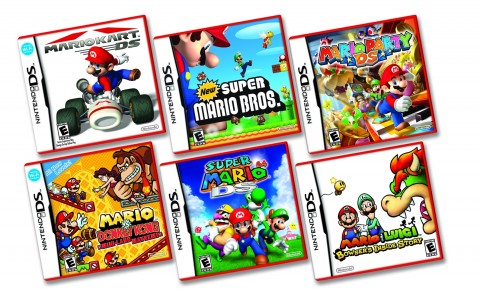 While a price drop of the DS Lite was a bit expected due to the 3DS being released, Nintendo have now knocked $30 off the MSRP for the system, putting it down to $99.99. I think the main reason the price hasn’t dropped sooner is that the handhelds are still selling well as 48.9 million Nintendo DS’ have been sold in the United States alone since the launching back in 2004.

To go with the news of the price-drop, Nintendo have also decided to add some color into their Nintendo DS line-up as some of the more popular Mario titles will now be available in the snazzy red case you see above. Why the change?

Reggie Fils-Aime offered this statement on the Drop and color change:

“From the moment it launched, Nintendo DS Lite hit a sweet spot for consumers in terms of value, experience and fun,” said Nintendo of America President Reggie Fils-Aime. “This new price point will introduce Nintendo DS Lite to even more consumers, and the new red packaging will make it easy for them to find their favorite Mario titles.”

There you have it. Interesting marketing technique with the red cases though. I certainly hope we might be able to see a “Player’s Choice” or “Nintendo Selects” come to the DS library as price-drops for first-party titles do not come all that often, but considering New Super Mario Bros. has been $34.99 since launch and has still sold 9.25 million units, I do not see any other drops coming in the near future for DS software. The DSi on the other hand..that is a strong possibility.