Hey folks! Seeing as it’s mother’s day today, I’d thought I’d help kick it off for everyone by putting together a list of the top 10 moms from video gaming! Feel the love and maternal spirit folks! 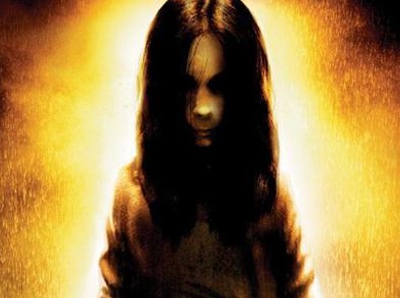 Despite her having a HIGHLY traumatic back story, and not to mention creepy, homicidal tendencies towards enemies in the F.E.A.R games, the fact that this creepy little girl is going through all of these steps to protect her some of her children, or produce more goes to show that she at least has a slightly maternal side. Then again, in F.E.A.R 1 she WAS trying to kill Pointman… who is TECHNICALLY her son too. However she DID try to help Paxton, and (we can assume) will try to protect her new unborn child in F.E.A.R 3. Well… 2 out of 3 ain’t so bad… you know? 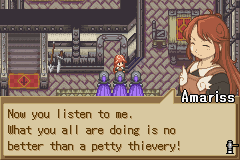 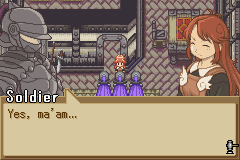 Summon Night is a lesser known series amongst many gamers, but it did feature as one of my favourite games on the Gameboy Advance system. What stands out about this little RPG number is the anime style humour that goes along so well with the story and action behind the game. From the get go, the player character is introduced to a rather overly happy and wacky woman… who just happens to be your mother. Amariss is one funny and scary lady. She’s always supportive and protective of her children and her friends, but will always follow through with a punishment or threat. This can sometimes be shown in unexpected ways. One of the most memorable scenes in the game I remember was when the player character and the guildmaster were running to assist your mother because soldiers were on their way to your house in hopes of finding you. When you arrive, you find that not only is Amariss unharmed, but she’s LECTURED the enemy soldiers in COMPLETE submission. Seeing damage dealt due to the mention of “you should be ashamed of yourselves…” was freaking hilarious. 🙂 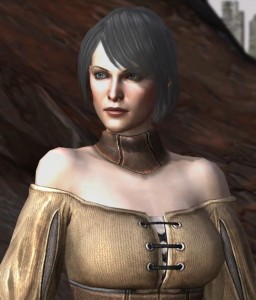 Lower on the list because we, as gamers have not had time to get used to her yet. Leandra is clearly a very caring mother, and absolutely devoted to her children. Ironic, because Hawke’s always trying to protect HER. The level of Anguish that she shows when Bethany or Carver fall in battle speaks volumes about her care for her children. Hell, the fact that she ran away from a noble life in Kirkwall to a small farm village in Fereldan to raise a family shows that she’s a devoted woman. But when it comes to dealing with her uptight relatives like Gamlen, she doesn’t take ANYONE’S crap. 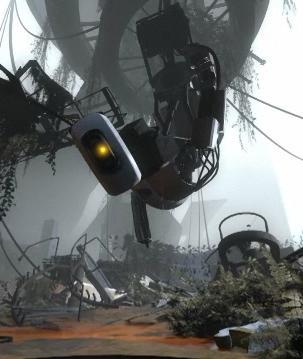 I always pictured GLaDoS as a female Hal 9000, both because of character traits and general maliciousness. OK, not a “Mom” in the strictest sense of the word. Let’s fast forward to Portal 2. She DOES technically create two robots, most likely using part of her own programming to construct their AI’s. It explains why they have less free will and personality, like Wheatley, and are more inclined to do what she says. The fact that this malicious computer doesn’t simply blow them up at the smallest failure says she holds at least SOME value in Atlas and P-body. We all know why, but what creator doesn’t cherish their creations in some degree? But, the important thing is, as a parent, well she’s freaking hilarious. Psychotic and twisted, but hilarious in dialogue. 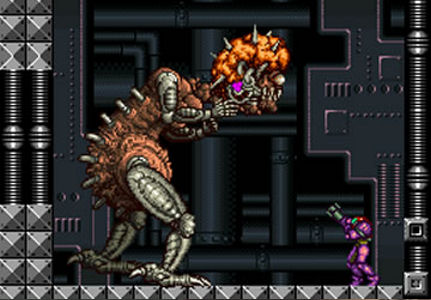 Who else HATED this boss? The figurehead of the space pirates from Metroid… literally. That said however, she was a challenge to defeat, even with all of Samus’ powerups working. Why I’ve put her/it on the number 6 spot is more so because she’s a genuinely memorable character in gaming. Partially because of the challenge, but also partially because she provided us with one of the most memorable moments… and the plot device from the introduction of Other M. Whether that’s good or bad I’ll leave up to you. But nonetheless, Mother Brain was certainly one memorable mama. 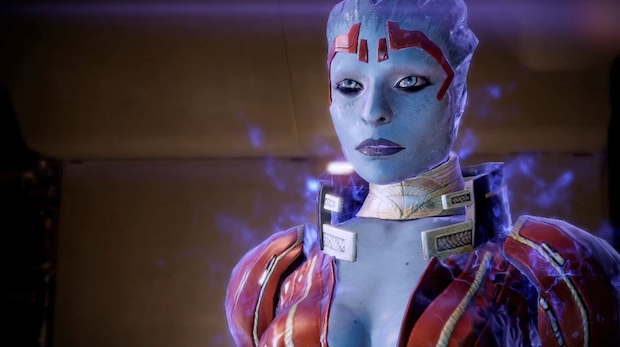 “When 900 years old YOU reach, look as good, you will not, hm?” Considering that Samara is elderly by Asari standards, she still looks damn fine in that combat outfit. Samara is a very interesting character in the Mass Effect series. We’re first introduced to her in Mass Effect 2, during an investigation of a runaway criminal. We’re told that this matter is of personal significance to her, but Shepard doesn’t find out HOW personal until quite a bit later in the game. This Asari Justicar is brutal in combat, to say the least, and completely driven by her mission objective. While she’s law obidding, when the situation warrants, NOTHING will keep her from tearing apart an enemy with her biotics. When we find out the fugitive she’s hunting is her own daughter, this develops her characters quite significantly. Plus it opens up oppourtunities for some of the funniest and most unique situations in Mass Effect 2. For instance, in her loyalty mission, Shepard can try to pick a fight with a gigantic Krogan… and have the Krogan back down. Unexpected, but highly entertaining. Without revealing to much more, let’s just say the end of that mission can get VERY interesting based on your affinity. (And I’m not talking anything sexual either.) 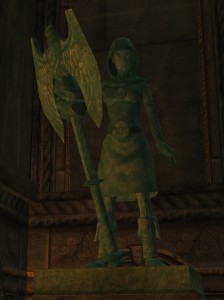 It’s kind of strange that we aren’t introduced to such a significant character until at least halfway through the events of Fable 1. Scarlet robe is introduced to us by none other than the ultimate archenemy: Jack of Blades. He shows the main character a statue of a former arena champion, whilst pretending to be friendly and on your side. He describes her as a warrior prodigy, and it is revealled where the main character receives his heroes blood. Scarlet robe was a famous Balverine hunter who fell wounded in battle. She was later found and restored to health by the heroe’s father, who later marrys her. In the context of present event, she only appears as an old lady once rescued from the prison, but she takes to the guildmaster’s side in providing advice to you on where to find your lost sister, and how to prevent Jack from getting what he wants. Even in old age, Scarlet Robe continues to defy the odds stacked against her. Even with an immortal psychotic masked man after her. 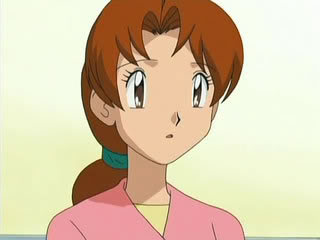 Is every mother in the Pokémon world single? Seriously, at the start of every Pokemon series, we only ever see the mom staying at home, kind of adhering to that homemaker stereotype. However, this is not to say that they were not helpful or memorable. Out of all 5 pokemon generations so far, only generation 3 ever even considered to show who the play character’s father was. In everything else, they seem to do fine raising a child on their own. At least until they’re 10 and leave home… :/ Each will always provide their phone number for advice, or even to help with their child’s savings. They also are well known for handing out some of the most important in-game items to the player, free of charge. The running shoes, poke-gear, healing items etc. But each of these different mothers is different in their own distinct ways. For example, the mom from Generation 2 is infamous for asking you to entrust your money to her… only for her to go off and spend it on shopping… mostly for useless berries… -_- This has been the subject of many pokemon jokes in the past. Similarly in the anime, Ash’s mom has quite a few quirks of her own, making her very similar to Amariss in her caring, but slightly embarrassing nature. But as always, they’re always around in the starting town to call on words of encouragement to their children. 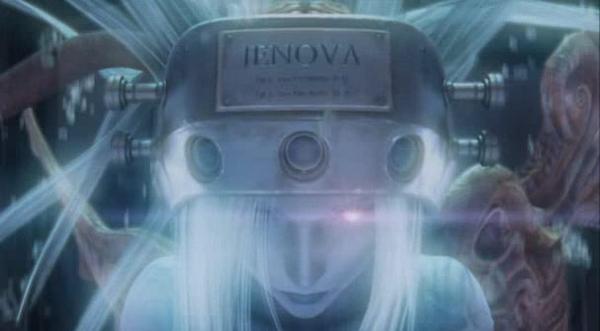 I’ll get this out of the way now: Sephiroth is the BIGGEST mama’s boy EVER. And Kadaj and his gang aren’t much better. Jenova is on this list for two reasons: one, she’s a massive plot device for the Final Fantasy 7 universe. Whenever cooky, unnatrual mutations or magic is involved, we assume that Jenova is somehow involved. From the best players can gather, Jenova was an alien being that crash landed on the Final Fantasy planet. Her remains were dug up and tested on by Shinra, who went to extraordianry lengths to unlock her power. Even going so far to create a series of sons and monsters from her DNA, the worst of whom is Cloud’s archenemy. Although, technically Cloud and Zack were exposed to Jenova cells too. The second reason for her placement is that she has the most kick-ass boss battle soundtrack EVER from a final fantasy game. Seriously, once you’ve finished reading this, go have a listen. It kicks ass in a rock remix. While she may not be maternal in the same sense as GLaDoS, as a mother figure, she is certainly a standout one in the world of video games. 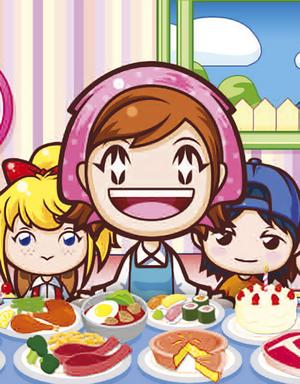 There has to be some kind of reason this chibi anime based game is a best seller. Well, besides the fluid gameplay… Cooking mama is just a plain addictive game, not so much for the characters, but for the feel of the game itself. However, no matter how badly you perform, mama is usually there with a supportive smile and an assurance that she will “fix it”. Again, this leans towards maternal stereotypes, but Cooking Mama is probably THE most memorable gaming mom in existence. The simple design of the game couples a mother’s love for cooking with the notion of getting children involved and helping around the kitchen. This, to me, shows what moms typically try to do in reality. They will try to let children find their own feet, but will be there to help out if they falter. Couple this with that WINNING smile, and you have not only a great selling game, but a great selling character. Only cooking mama can make knives and other household sharp objects seem cute. Cooking is often referred to as an expression of love to close family members, and being involved with the process CAN actually teach you things about real life cooking. So go on… try making a recipe for mothers day. No, not with your stylus… Perhaps on a day like this, it’s better to let her relax for once, and cook up a deserving meal for your own mom.

Let us know what you thought of our top 10 mom’s, also we’re running a Mother’s Day comp to win a FREE GAME !! check it out here.