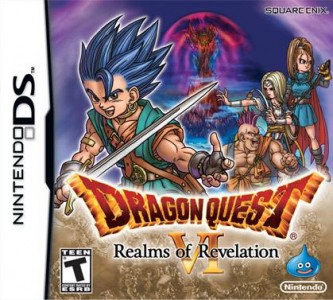 Just the other day we brought you news about a new rating that was released which signaled that Dragon Quest VI: Realms of Revelation would be headed to the PAL region. It now seems that the game hitting Europe is now a reality as Nintendo have announced that the beloved remake would be released as soon as May 20th.

This does leave a question of when Aussies might get the same news as it was the Australian Classification Board that rated the game, so I look for a similar announcement to be coming out of Nintendo of Australia sooner rather than later. For now though European DS owners now have Realms of Revelation to look forward to. Dragon Quest VI as I have mentioned several times is a fantastic addition to any DS library and it is great to see it slowly releasing worldwide. We will bring you the news when an eventual Aussie date is announced, so stay tuned.