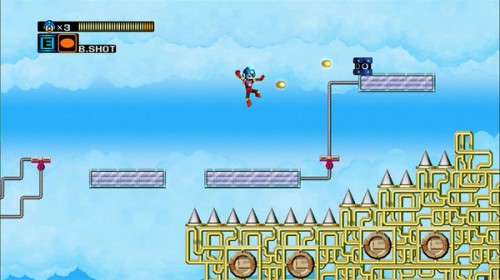 Last year, gamers everywhere were surprised and elated when an announcement came out of the blue for Mega Man Universe. The game was to be a tool for users to create their own stages as well as download and play other users levels from either the Xbox Live Arcade or Playstation Network with all the classic Mega Man flare in tow. Sadly though, this is one title that the world will never see as Capcom of Japan have posted a statement on the official Mega Man Universe website citing that the game has been canceled for “various reasons”.

Seeing as we haven’t seen too much in the past few months for Mega Man Universe in terms of build-up or promotion and being that it was due out this Spring, I nearly forgot about the title up until now. It is still quite a shocker seeing all the buzz that surrounded the title and how Capcom proudly demonstrated an early version at both PAX and TGS last year. Universe did look promising, but hopefully with this news will come something even greater for the franchise later on.