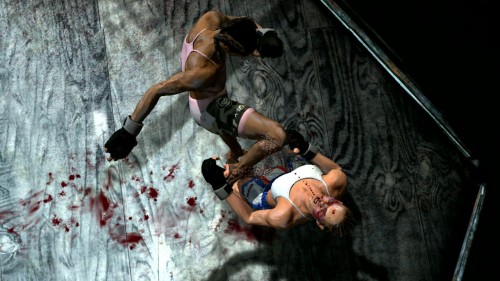 Female MMA fighters are completely lacking from the MMA video game world. This is despite the fact that there are quite a lot of female MMA fighters that fight in legal competitions worldwide. Finally one of these MMA games will give a bit of glory to at least a couple of these real life MMA fighters.

505 Games and Kung Fu Factory have released information today that Felice “Lil Dog” Herrig and Michele “Diablita” Guiterrez will be joining the roster of fighters when MMA Supremacy comes out in stores this June for the 360 and the PS3. There are a couple of videos released along with this statement that shows off bits of gameplay from the viscous looking MMA game as well as interviews with the fighters themselves.