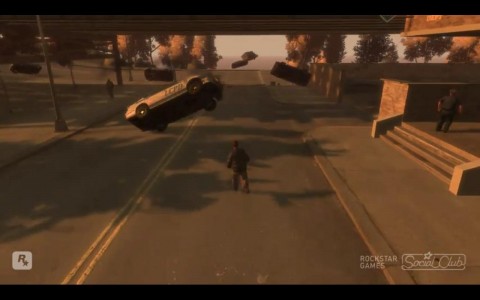 I think it’s safe to assume most of you have played GTA4 or at least know what it is and how it works.  Big open world environment, free reign to do WHATEVER.  Cars are a big thing in the game since they are wildly abundant and are your main form of transportation.  People always find ways to do silly things in GTA games just because they have the capacity to do so, it’s a big game with lots of potential for tom foolery.  Youtube user dot12321 discovered that by editing a certain file in the game directory (aka PC version editing) you can make the cars fly and swerve around with incredibly comedic effect.  Words won’t do this justice so just scroll down and watch the video, it’s absolutely hilarious.