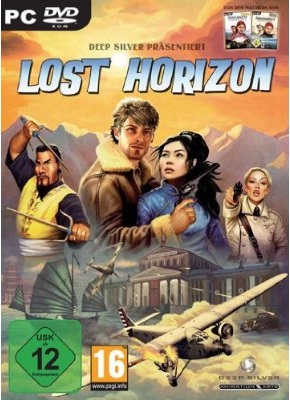 GET THE DEMO HERE

Lost Horizon’s Demo has now been officially released ready for you to get some point-and-click action in anticipation for the games release on 24th September.  If you don’t know much about the game then please follow the link and the bottom on the page to find out more  the game. But here is a brief summary of what the game is about. The game is set in 1936 and soldiers of the Third Reich roam the world seeking occult weapons for world domination  and its up to you to stop them. Your character Fenton Paddock is a former British solider who is a ex smuggler who has a talent for finding lost things that are not meant to be found. Fenton gets ask to track down a missing military expedition that went missing in Tibet. but he has no idea that this search will lead him across three continents to a secret that could turn the whole world upside down.

The demo includes the prologue of the game and pretty much most of the first chapter of Lost Horizon. The demo is action packed from the start with a great cast of  characters with a strong dialogue which pulls you into the story right away. The music of the game sounds really good and makes you feel like you are in the heart of Tibet.

Below are the specifications that you will need to be able to run the demo: