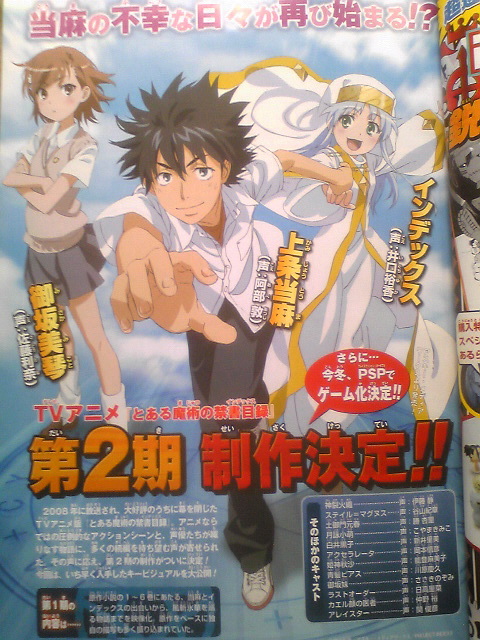 The Banzai Effect has released their latest edition and guess what they have included? A full page dedicated to the announcement of To Aru Majutso no Index’s second season. Not only that but they have announced that there will be the inclusion of a PSP game dedicated to the series being released at the same time the second season begins to air. No other details are known about the game itself but one can expect to be playing as Touma and his Imagine Breaker power.