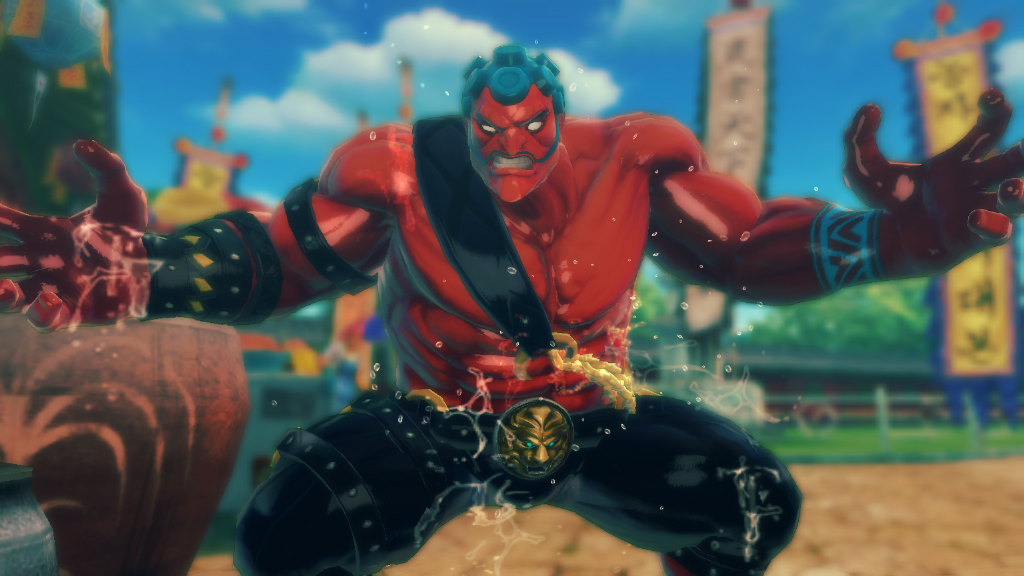 He likes to get all oiled up, down and dirty. Hakan is an oil wrestler hailing from Turkey. Using lubricant to assist in his battles, this slippery character brings some of the most insane moves and ultra combos to the series.

Check out the video trailer below and some more screenshots futher down.

Super Street Fighter IV will be out on April 30th for the Xbox 360 and PlayStation 3 with 10 new characters, new Ultra combos, new stages, the return of bonus rounds and beefed-up online modes (including the free tournament mode DLC after launch).  Also make sure you have Pre-ordered your copy as the are some ULTRA-COOL-COMBO goodies to go with it when you do 🙂

Let us know what you think of Hakan,  do you think hes stronger than Zangief ? or even better than him 😉