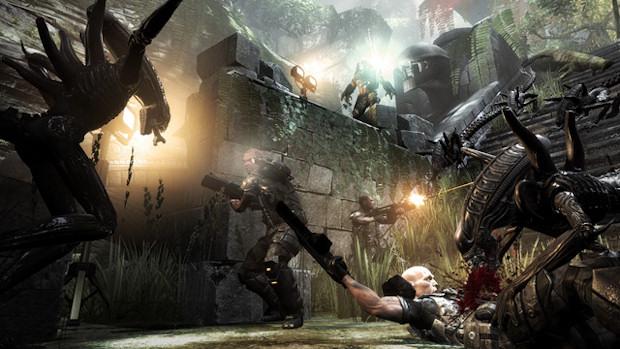 Did you buy the normal version of Alien vs Predator only to realize that the special edition came with four special DLC maps that were only included in that edition? Well we have some good news for you, tomorrow March 18th these maps are going to become available for download, though the price is going to be 560 Microsoft points, or $7.

The map pack will include 4 different maps. Two of these maps, called Docks and Machine, are incorporated in the six competitive battle modes. While the other two maps called Outpost and Hive, will place a team of human players fighting against a hoard of Aliens attacking the base, and then inside of an Alien breeding hive. Sounds vaguely like hoard mode for GoW2.

This seems to be a common trend now, though the price may be more later, bonus DLC is being released for everyone, not just those that sprung for the special edition of the game. This is a good thing, but also hurts the consumer that only bought the basic copy, because if they were to want the full experience, they would still have to purchase these maps for more money than they were willing to spend in the first place.