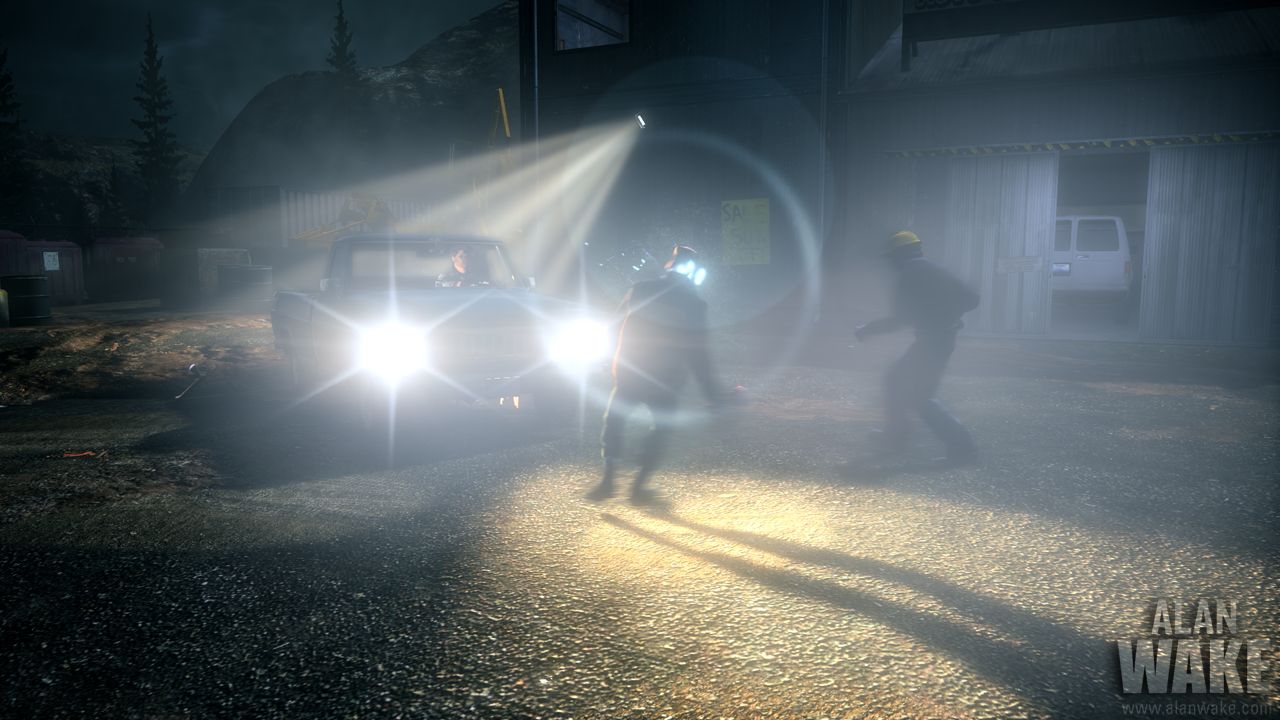 We have some good news and also some bad news.  Ok the bad news first.  As Microsoft have announced Alan Wakewill be a Xbox 360 exclusive, therefore there will not be a PC version of the game.  (dont know if its actually bad news) as long as it’s coming out on XBOX 360 that’s all that matters.

Now the good news, we have some new screenshots from the game.  I have to say I think the 5 year wait has been well worth it.  Alan Wake looks brilliant.  Remedy have done a fantastic job with it.

With a release date of May 18th 2010 it’s not long before we battle the darkness with only the light, our witts and a  soiled pair of undies, this game is gonna scare the crap outta you 😉

Let us know what you think of Alan Wake, are you gonna get it ? Do you think it’s going to live up to it’s expectations or will it just disappear in the darkness as the batteries in the torch light run out.