The Secret Armory of General Knoxx will be the “largest” add-on to date, says Gearbox; will raise level cap, focus on introduction of new weaponry.

Gearbox has today have announced their next expansion, named : The Secret Armory of General Knoxx.  The  expansion will focus on new weapons, presumably from the weapons locker of General Knox. Gearbox also mentioned that the add-on’s quests will be for players level 34-50.  At this moment there is no release date or price for the new content.

These Two fantastic screen-shots indicated that General Knoxx is likely a commander of the Crimson Lance, the corporate that appeared in the later levels of Borderlands.  The other screen-shot shows players driving a new type of  six-wheeled off-road truck, battling what appear to be giant spiders in the desert.  COOLNESS !! 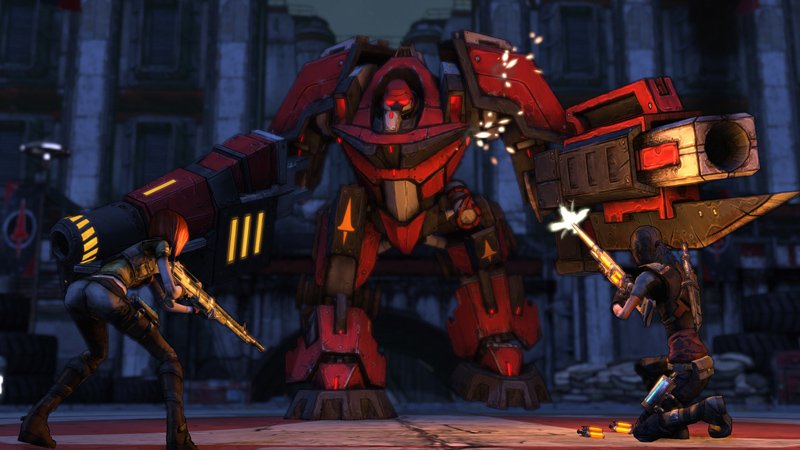 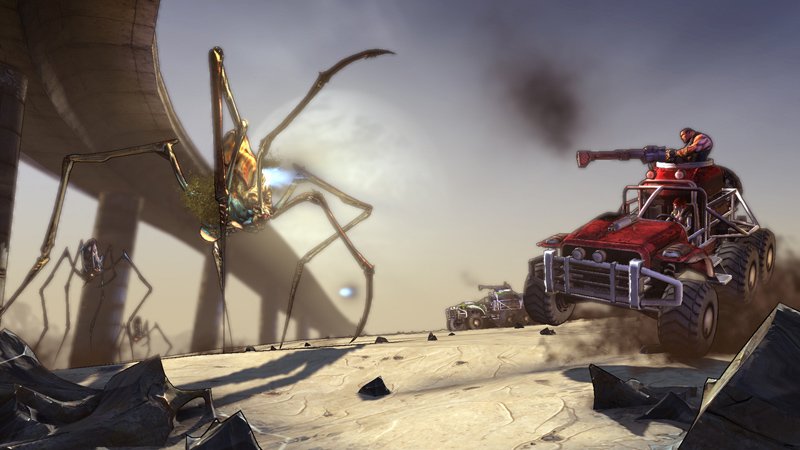