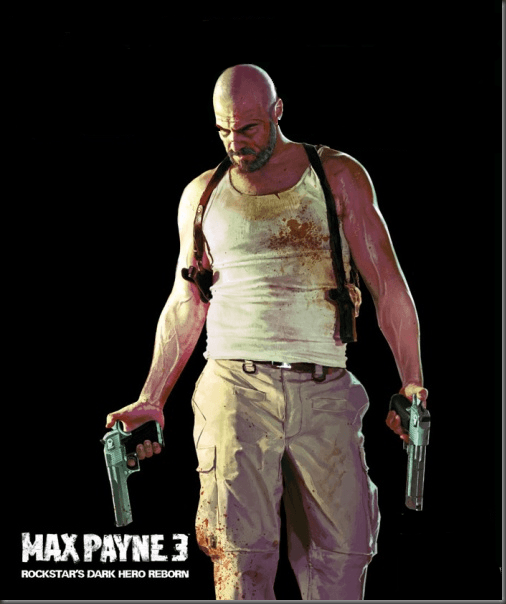 Yes its true.. No Bullet time till August 2010 .. if there will be any bullet time as good old Max has gained a few extra pounds he might not be able to perform those flying leaping dives anymore.

Putting all jokes aside for a minute.   Due to Take-Two Interactive’s stock plumetting approx 21 percent this afternoon, the company’s revision of its full year earnings has lead to the unwelcome news that Max Payne 3 will be pushed back to August-October 2010 (fourth quarter of Take-Two’s fiscal year)  Originally Max was set for a winter release 2010 but now well have to wait a few more months.

Nothing we can do, nothing none of us can say will be able to change this.  We just have to live with it and move.  Hopefully with the delay it will let the team work on making Max more polished and refined and hopfully one of the best shooters of 2010.

Set for release on the PC, Xbox 360, and PlayStation 3, Max Payne 3 is currently in the works at Rockstar Games’ Vancouver studio, which took over development reins from Finnish shop Remedy (Alan Wake). The game will see the former New York police detective living in squalor in a Rio de Janeiro slum, having bulked up and gone bald. Details on the game’s story are slim, but screens show that events soon descend into the gun-fueled violent gameplay that the series is known for.