Game Developer : Quantic Dream, the creators of critically acclaimed titles such as Omikron : The Nomad Soul & Fahrenheit will soo be releasing possibly the most innovative adventure game of its kind on the Playstation 3 :

How Far Will You Go To Save Someone You Love ?

Heavy RAIN is an evolving psychological thriller filled with innumerable twists and turns, where choices and actions can result in dramatic consequences on the story.  Spanning for days of mystery and suspense, the hunt is on for a murderer known only as the Origami Killer –  named after his macabre calling card of leaving folded paper shapes in the hands of his victims.  Four playable characters, each following their own leads and with their own motives, must take part in a desperate attempt to prevent the killer from claiming a new life.

Heavy Rain was presented for the first time during E3 2009 through two playable scenes featuring two of the four main protagonits.  Based on these two scenes, the game has already earned a number of awards from the specialized press, including Game of the Show, Best Adventure Game, Best PS3 Exclusive and Most Innovative Game.

* An evolving thriller in wihch you shape the story.

Heavy Rain is scheduled for release in January of 2010.  Lets hope that it’s not delayed.  A game like this is needed to break up the boring and old monotonous style adventure games  that are available at the moment on all platforms.

Check out the Heavy Rain videos below and some extra cool screenshots. 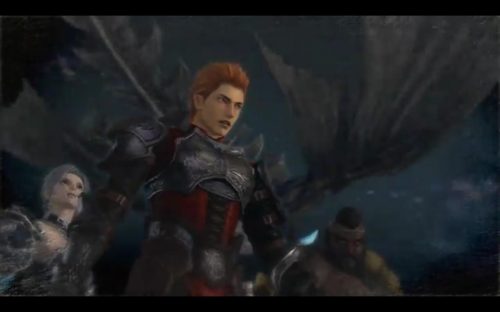