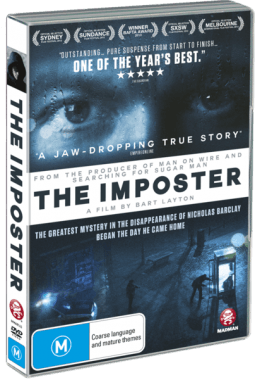 The Imposter conveys a true and disturbing story of how identities can change people in terms of their perception and imagined reality. Bart Layton directs this documentary exploring the 1994 case of missing 13yr old Nicholas Barclay in San Antonio, Texas, who was ‘discovered’ 3 years and four months later in Linares, Spain. The film challenges the well-known case by providing evidence to support the imposter, Frédéric Bourdin, and the Barclay family’s recollection of events. Does ‘The Imposter’ excel beyond a dramatic biography or give the audience further insight into the famous French serial imposter? 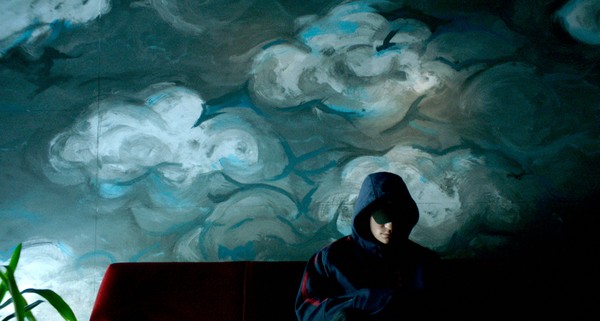 The film begins with a recording of Nicholas, who is filming his sister Carey’s room before showing the birthday girl and himself on camera. On-screen text introduces the audience to the case; in 1994, 13 year old Nicholas Barclay disappeared from San Antonio, Texas. As with most drama documentaries, each family member speaks separately to the audience to provide a sense of intimacy and realism. In 1997, the Barclay family receive news of Nicholas being discovered in Spain, resulting in a chain of mixed emotions from anticipation to bewilderment for sister, Carey Gibson, brother-in-law, Bryan Gibson and mother, Beverly Dollarhide. 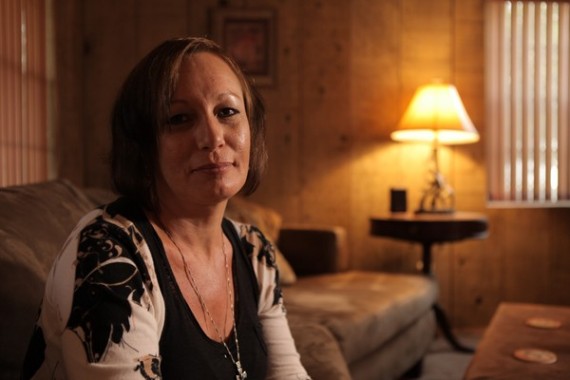 The film progresses cleverly by rewinding back to the opening scene, of a young boy hiding in a telephone booth and the voiceover of the concerned man who called the police station. In order to understand how ‘The Imposter’ came to be, we see the real Frédéric Bourdin talking us through his actions as a younger boy, performed by Adam O’Brian. In order to successfully prove to the police he was a missing juvenile, Frédéric covered himself with layers, upon layers of clothing, with a hat and scarf to conceal his face, and created barriers of verbal and physical contact to prevent the authorities from identification.

Attempting to impersonate someone else completely is not exactly an easy task; although for Frédéric it was either steal the identity of a young missing person or be put in jail and beaten for perjury. The imposter explained his demeanour by stating, “For as long as I can remember, I wanted to be someone else, someone who was acceptable”. To give himself a chance of becoming a new person, with a different face, name, and security of a loving family and home, he searched through the US missing person’s list in the police station database and chose Nicholas Barclay.

From this very decision, the film unravels into chaos which impacts significantly on each of the Barclay family members and the memory of their son, Nicholas. The extent to which dark-haired and brown-eyed Frédéric Bourdin recreates the distinguishing characteristics of blue-eyed and blonde-haired Nicholas is unnerving to think about, especially the three matching tattoos he got; T on his left hand between his thumb and forefinger, J on his left shoulder, and an L and N on the outside of his left ankle. With the arrival of Carey (Anna Ruben) in Spain to pick up Nicholas, Frédéric was convinced that she would not see her brother in him. However, as luck would have it, Frédéric was embraced as a part of the Barclay family and for 4.5 months was taken care of in San Antonio, as their lost-and-found son, Nicholas.

The most interesting aspect of the documentary lies within the family’s immediate acceptability of Nicholas, despite only having pieces of information about what really happened during his disappearance. Special Agent, Nancy Fisher (Cathy Dresbach) at the FBI Headquarters in San Antonio, Texas takes on an interview with Nicholas to get an account of his kidnapping and torture and to assist in the capture of his military abductors. When a private investigator, Charlie Parker, comes forward and discovers evidence proving Nicholas is an imposter, he also finds out an even stranger truth about the Barclay family.

Throughout the film, the audience moves to the real people and actors portraying the events simultaneously, highlighting the engaging visual experience associated with documentaries and biographies. I thought it was very effective to have specific blurry scenes that created a surreal atmosphere, as Frédéric changes into Nicholas, the audience interweaves between a world of fact and fiction. The photos and video footage of Nicholas, as well as Frédéric, emphasis the truth and power of these events and show the audience how different the imposter and child are.

The composer, Anne Nikitin, created compelling and dramatic music to suit the pace of the film’s story-telling, which was particularly evident with the introduction of Frédéric Bourdin; where more layers of instrumental pieces from the ticking xylophone, harp, double basses and violin, audibly reveal how the simplicity of one lie can become magnificently complex.

With The Imposter DVD, there are a variety of additional features, including the audio commentary with Bart Layton, making The Imposter with the producers, podcasts of telling the story, meeting Frédéric, shooting the drama and creating the music, the theatrical trailer and Madman propaganda. Bart Layton discusses with the audience why he introduced the film as a conventional documentary and rewound to where the extraordinary story began, in order to create a movie and not a dramatization. The idea of changing perspectives in the film and manipulating the audience, as Frédéric Bourdin would, is necessary in illustrating the imposter. Accordingly, the Barclay family took part in the film to clear negative allegations from the media and public about the case of their son, Nicholas, who is still regarded as missing.

The Imposter is an amazing and thrilling film-based documentary, which captures the true story of one of 500 different false identities that Frédéric Bourdin has assumed. The French serial imposter is well-known publically for his record of fabricated lives and professional career in perjury. The film opens up two doors into the case, as both sides of the story challenge the audience to determine whether or not both Frédéric and the Barclay family were pretending. I would highly recommend watching this insightful case to understand more about the imposter, as well as your own family values and what you would do under these circumstances.