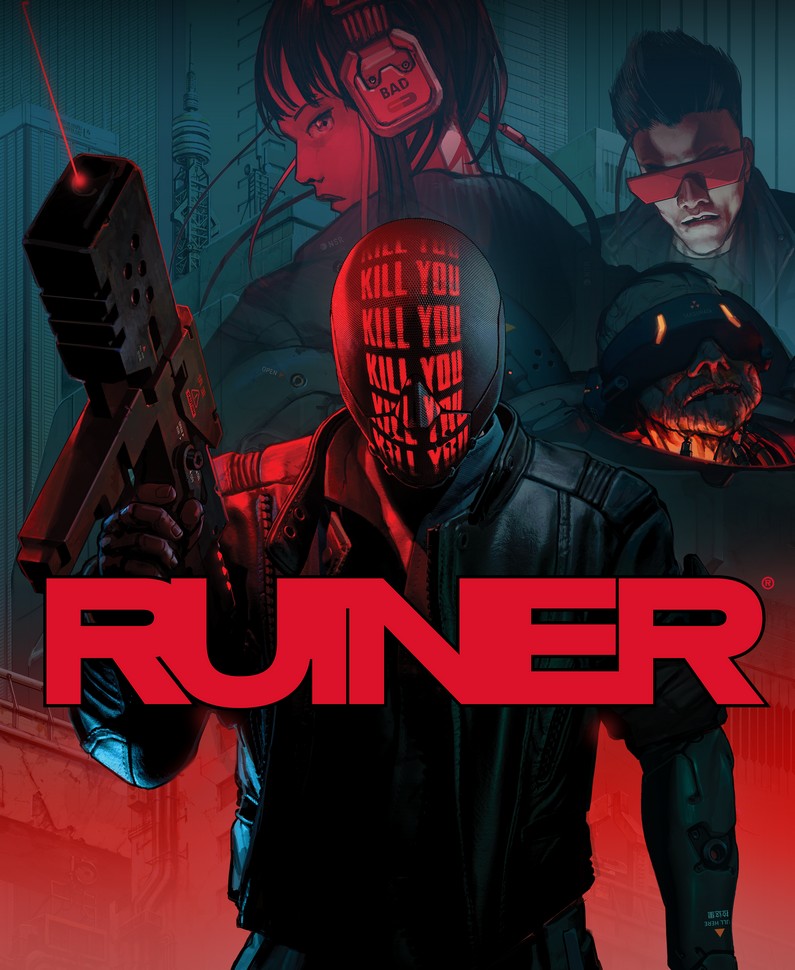 One of the good things about indie releases is that they manage to breathe some fresh air in stale or otherwise not so popular genres. Top-down shooters are a good example. We’ve all have some playtime in Alien Swarm (mostly thanks to the game being free) and there were some nice, fun surprises like Nuclear Throne and Nation Red. However, we could write off the majority to the “play and forget” pile. Until now. Not only that the RUINER is here to stay and reign as the undisputed king of fast-paced, top-down shooters but it is also a serious contender for one of the best indie releases in 2017.

You play as an unnamed, violent sociopath set on a quest to retrieve his kidnapped brother from the clutches of the ruthless HEAVEN corporation. In this Orwellian future movements and actions of every citizen are tracked with a citizen chip and rewarded with so-called karma points based on their good behavior. Obviously, this would be a big problem for our character if it weren’t for the mysterious hacker friend who supplies us with a custom chip. It helps with keeping us off the grid and most importantly, enables us to go nuts on our murderous rampage as we get closer to our brother whereabouts. 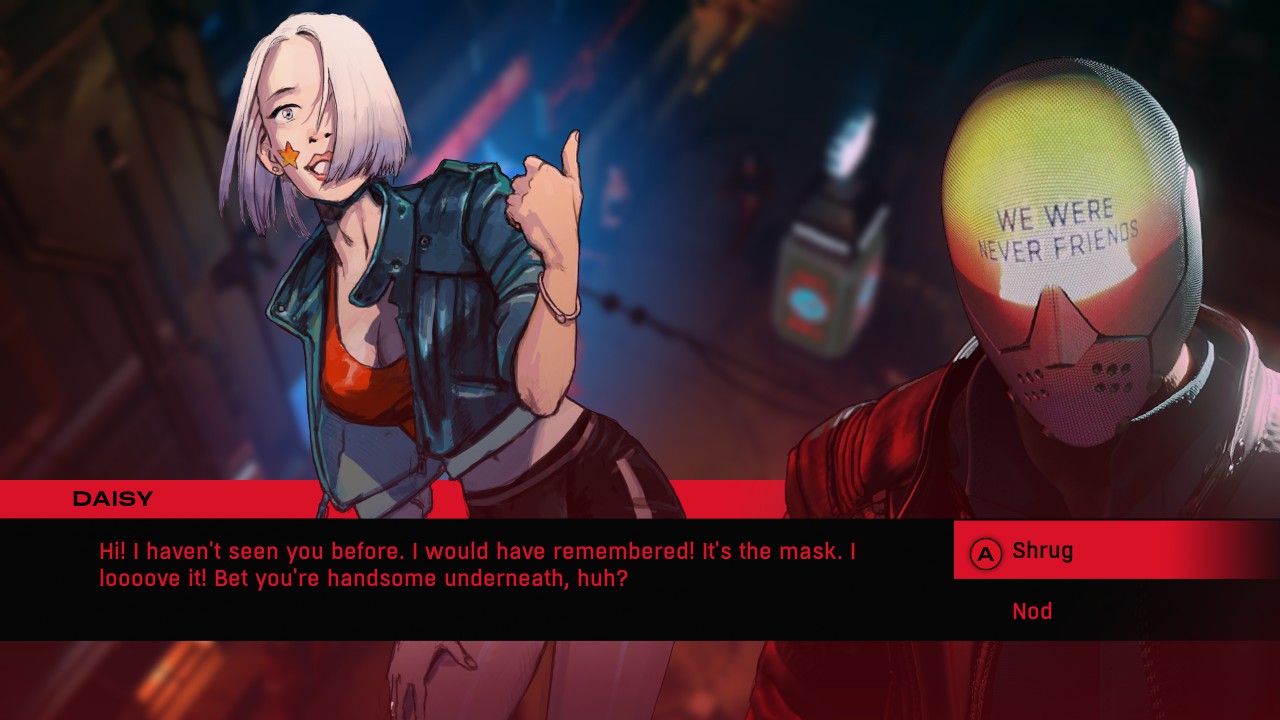 Now, what to write here that it doesn’t turn into a small novel praising the gameplay? The variations in taking down enemies, the skills, freedom of movement and the feeling of being a total badass after you clear the room of a dozen of enemies is what makes RUINER so damn good. The above-mentioned karma points are the backbone of your progress. You get them for disposing of enemies, opening boxes, recycling weapons and they’re vital for unlocking new skills.  One of the most useful skills (and something you’ll use 90% of the time) is the dash ability. In the heat of the battle sometimes just evading enemies left and right doesn’t cut it. Dash enables you to teleport closer or away from the enemies before they can react and take them down with a melee or a ranged weapon. You’ll always have your trusty metal pipe and a RUINER gun (along with the starting dash and shield skills) but the real joy is in experimenting with plenty of other guns found in the game (and on the bodies of enemies you leave behind). What’s interesting about skills is that not even one of them feels like a filler or something you’d skip while leveling. Every single of them introduces a new angle on the combat. Something as simple as hacking the enemies significantly changes the strategy you’ll employ on the next encounters. Circling around the enemy and holding the hack key will make him fight for you and draw the attention of enemies towards him, leaving you to focus on the smaller group and easily take them down.  And that’s just one of the many. There is a whole arsenal to choose from frag grenades, stun ones, charged melee attacks or deploying a special shield that stops the bullets and slows the enemies down while they pass through it. Still, with the plethora of skills at your disposal, the great thing about RUINER is that you never feel like an overpowered beast mowing down everyone like Rambo. It’s still fairly easy to die if you’re not paying attention. As you progress, you’re introduced to new enemies with their unique attacks and strategies. Some won’t shy away to use their own shield and dash attacks and some stationary ones are just there to drain your health & energy if you’re near them. If you ever feel like you’re dying too much at a certain point (or a boss) the good news is that you can reassign those learned skills at any time. Some enemies with grenades and shotguns won’t even let you get close to them before they mow you down in 2-3 shots? Simple, just pause the game and reassign the skills points to let’s say….slowing down time, dashing towards them with a shield on and taking them down with a charged melee attack before they can even react. 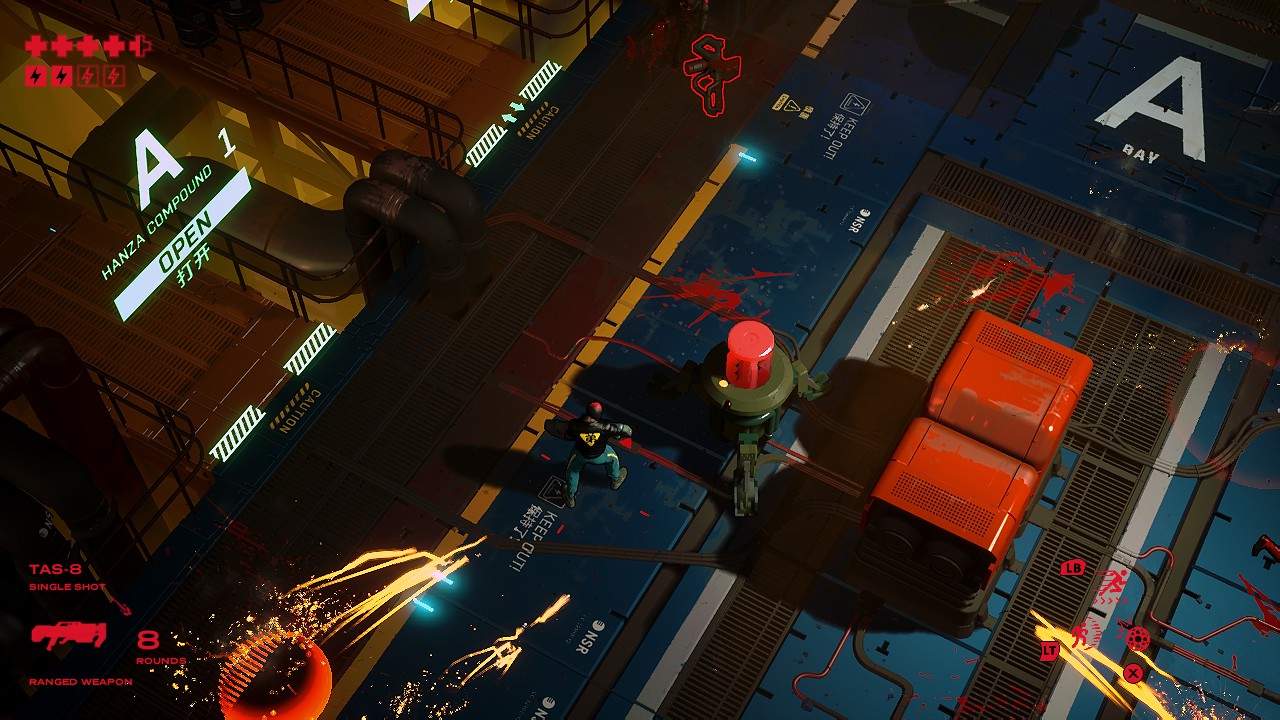 All that addictive gameplay is spiced up with a beautiful art style and character designs I’ve seen yet. As you rampage through the slums of HEAVEN every once in a while you’ll revisit the charming Rengkok city. It acts as a hideout from the regime and it’s filled with interesting characters, with some of them who will give you optional quests if you decide to snoop around. Rengkok itself feels like a mix of Kowloon city and Deus Ex environment. The art style, in general, has a touch of cell shading with an occasional emphasis on monochromatic red & blue based on the locations. It gives the levels strong, neon vibes and it a pretty good incentive to making you take screenshots way more than you intended. God knows how many times I died at certain boss waiting for its beam attack just because it was an opportunity for a neat wallpaper. 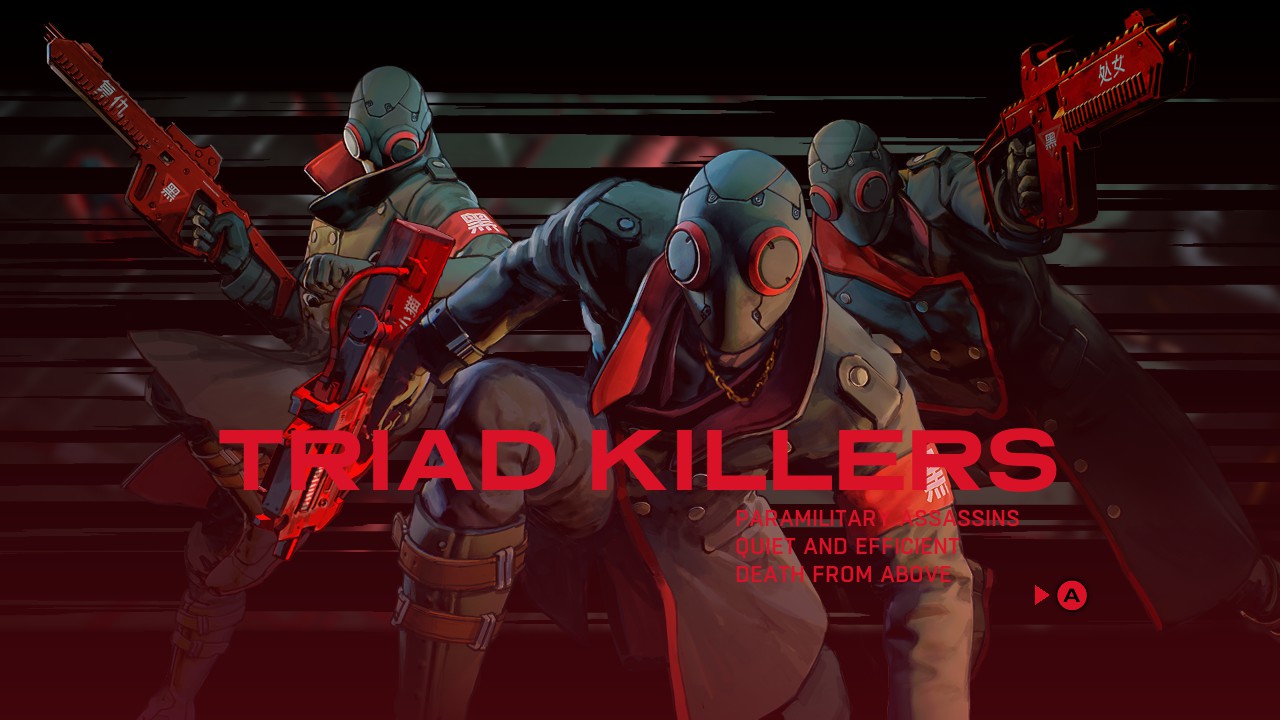 Unbelievably fun gameplay, gorgeous art and what else? The amazing tunes, of course. The one that can go head to head with the adrenaline-fueled ones from Hotline Miami games. The soundtrack has some acclaimed artists on its tracklist, notably Susumu Hirasawa from Paprika and BERSERK fame. The music does a great job in enriching the environment. Usually, you’re followed with the eerie cyberpunk ambient while exploring the levels and the next moment it can switch to the high-octane electronic beats once you’re ambushed with the dozens of goons. 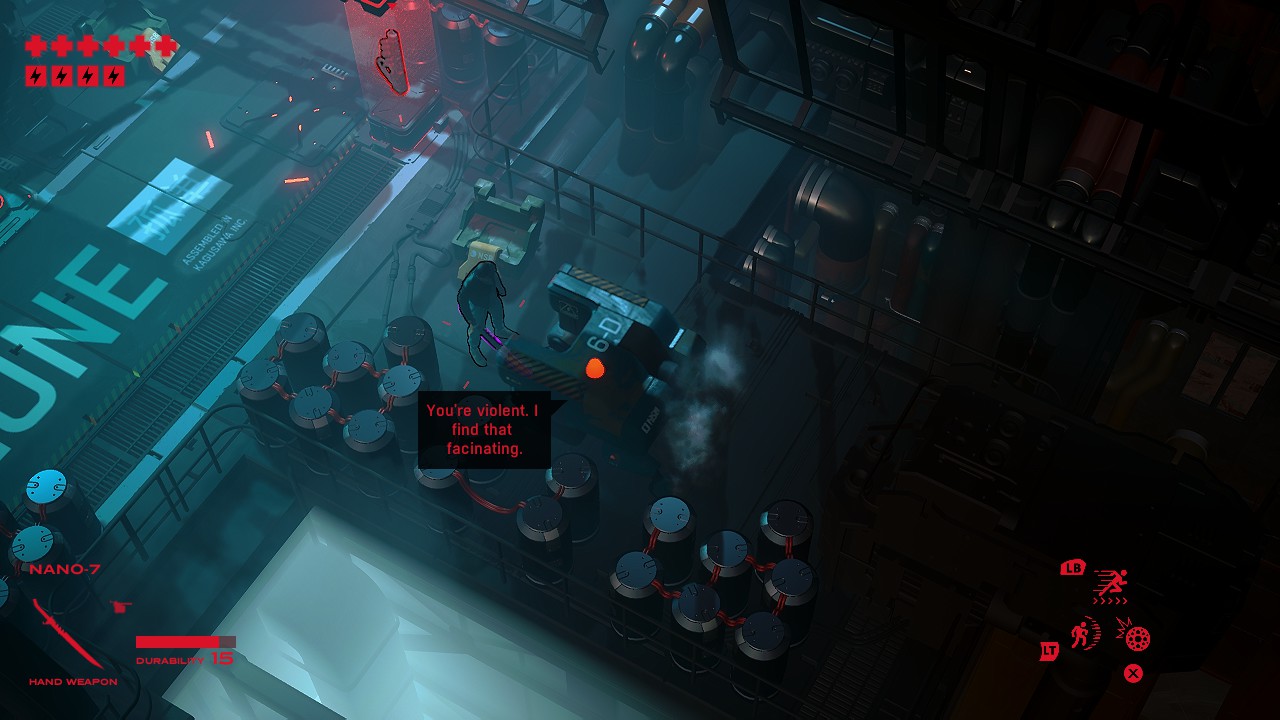 Every once in a while, there is a game that sneaks through the pile of traditional, sort of speak. Sometimes it has barely noticeable buzz prior to the release. While the presentation is promising, there is far more under the hood and you end up getting way more than you expected. RUINER is a game that speaks for itself in terms of quality, gameplay and it’s dangerously close to redefining the genre it’s in. But most importantly – it’s too damn fun. It’s not only one of the most enjoyable indie releases but it’s already my personal game of the year.  No game should be allowed to be this fun. 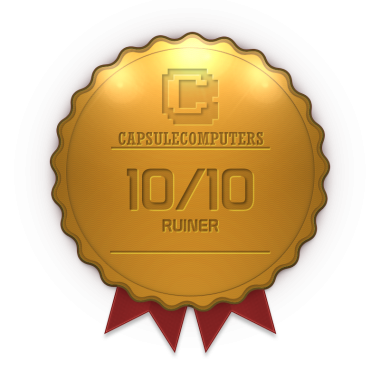 From the gameplay to visuals and an amazing soundtrack, every aspect of this game is polished to near perfection.
10