Rockstar rope in one of the Finest Experiences of a Generation 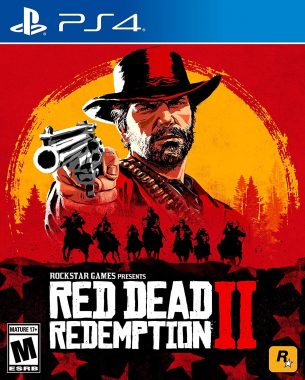 Red Dead Redemption was one of the most complete and celebrated experiences from last generation. It may not feel like it, but Rockstar’s hit has been out for over eight years – and fans have been hungering for another trip to the west. With all that the publisher has learned and produced since, Red Dead Redemption 2 is one of those titles that we don’t ask if its good, but rather how big of a legend it will be in this industry after release. Can a game live up to such hype, or does the latest installment overshoot its mark entirely? Let’s find out. 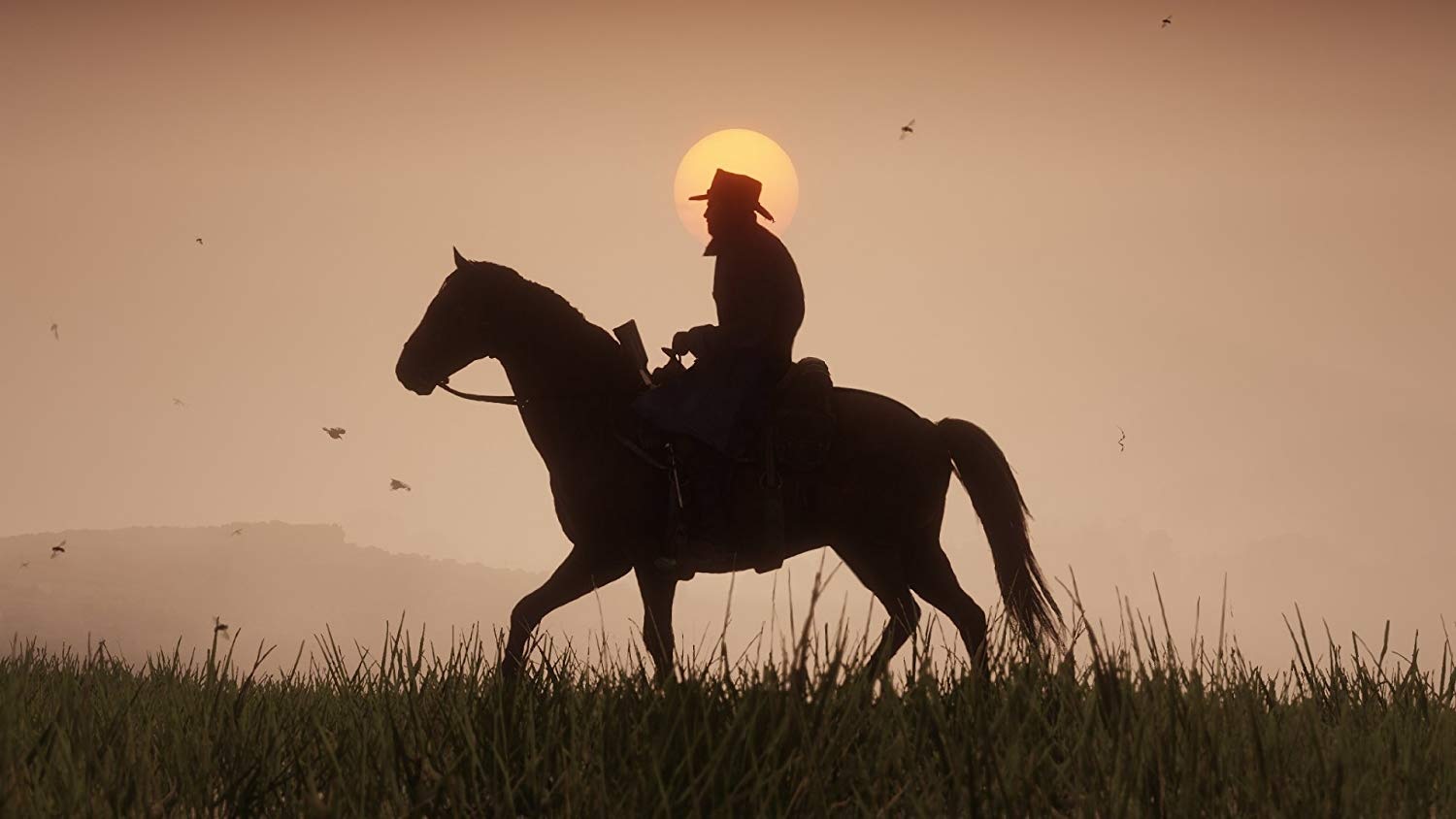 I’ll start off by stating that like all Rockstar entries, Red Dead Redemption 2 does not fully need to have a story to fully enjoy it. Now more than ever, there are so many characters in this world that are so rich in lore that they simply come alive as you chase small bits of dialogue and explore each town from inch to inch. There is something very special about the heavy amount of detail Rockstar has presented this time around, as unlike GTA, Rockstar is able to keep a more serious undertone, never relying on comedy or other shenanigans to sell the incentive to simply discover. 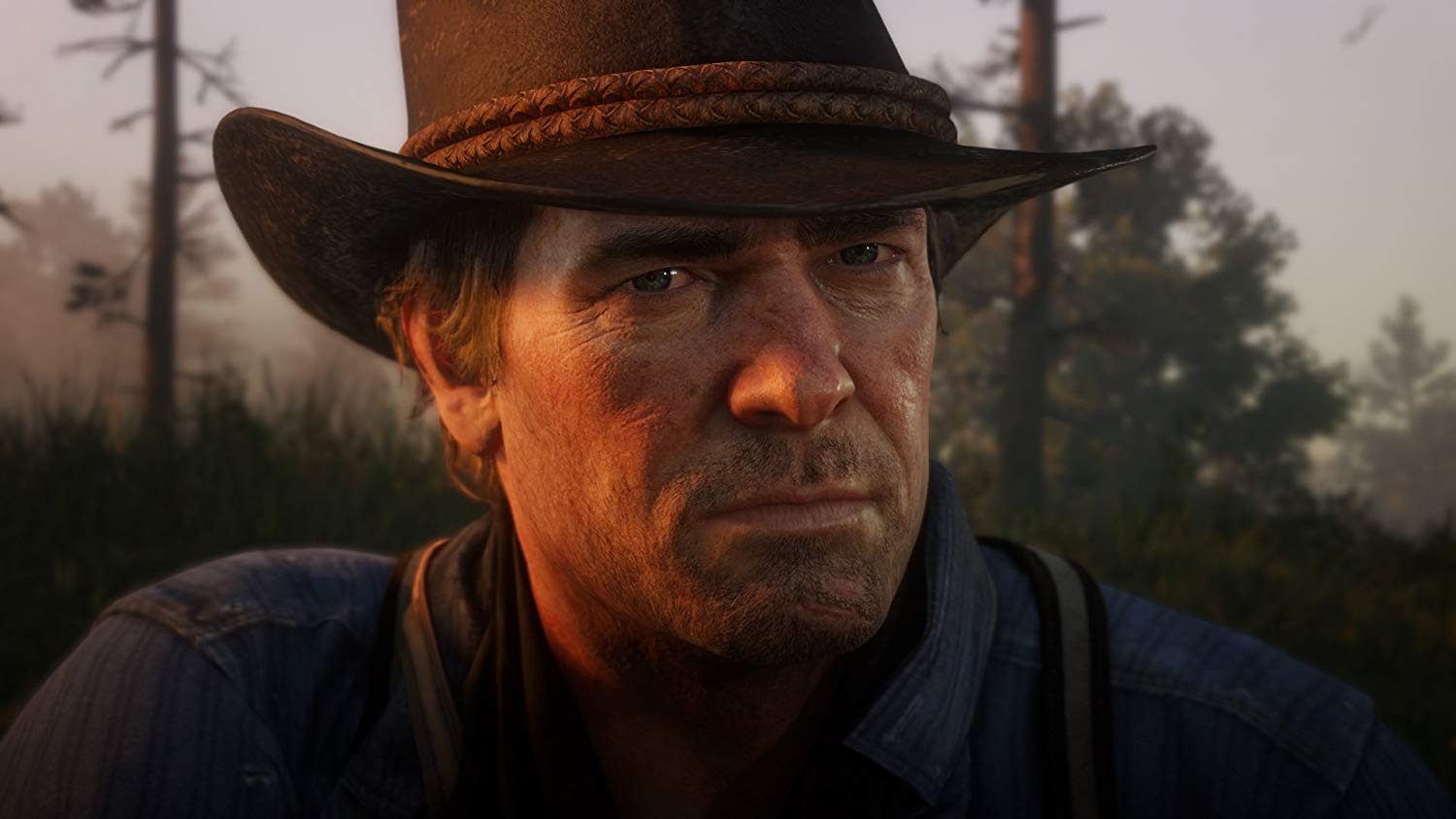 Sure, its a western and the genre may not appeal to everyone, but this game takes place in a western setting where the times were beginning to wear on the era, as order and democracy was beginning to beam over the land. Gangs are beginning to become smaller, but loyalties remain stronger than ever. Players take the role of Arthur Morgan, who is a member of the infamous Van der Linde gang. This gang also has enlisted a younger John Marston, the protagonist of the first title. As you would expect, the main story follows Morgan as he faces issues with change and his own way of life in general. It is quite a compelling plot that has a hefty run time that never seems overstay its welcome due to the way the interactive setting pulls it all together and makes it feel like one, large epic.

To explain the general gist of gameplay here, you would do best to think Red Dead Redemption (the first one), and modernize it by adding a lot of the elements from Grand Theft Auto V‘s upgraded features – such as first person and swimming. Yes, its a different way to play the game, but for the most part – the game feels a lot like its predecessor in all of the right ways. Combat is also as efficient as ever, from quick draw gun play to utilizing other weapons in order to kill enemies and interact with the world within. Everything just feels so refined and seamless when it comes to performing actions. Sure, there is absolutely a lot of that Rockstar feel, but the general armory and minor touches make it feel like its own special experience. 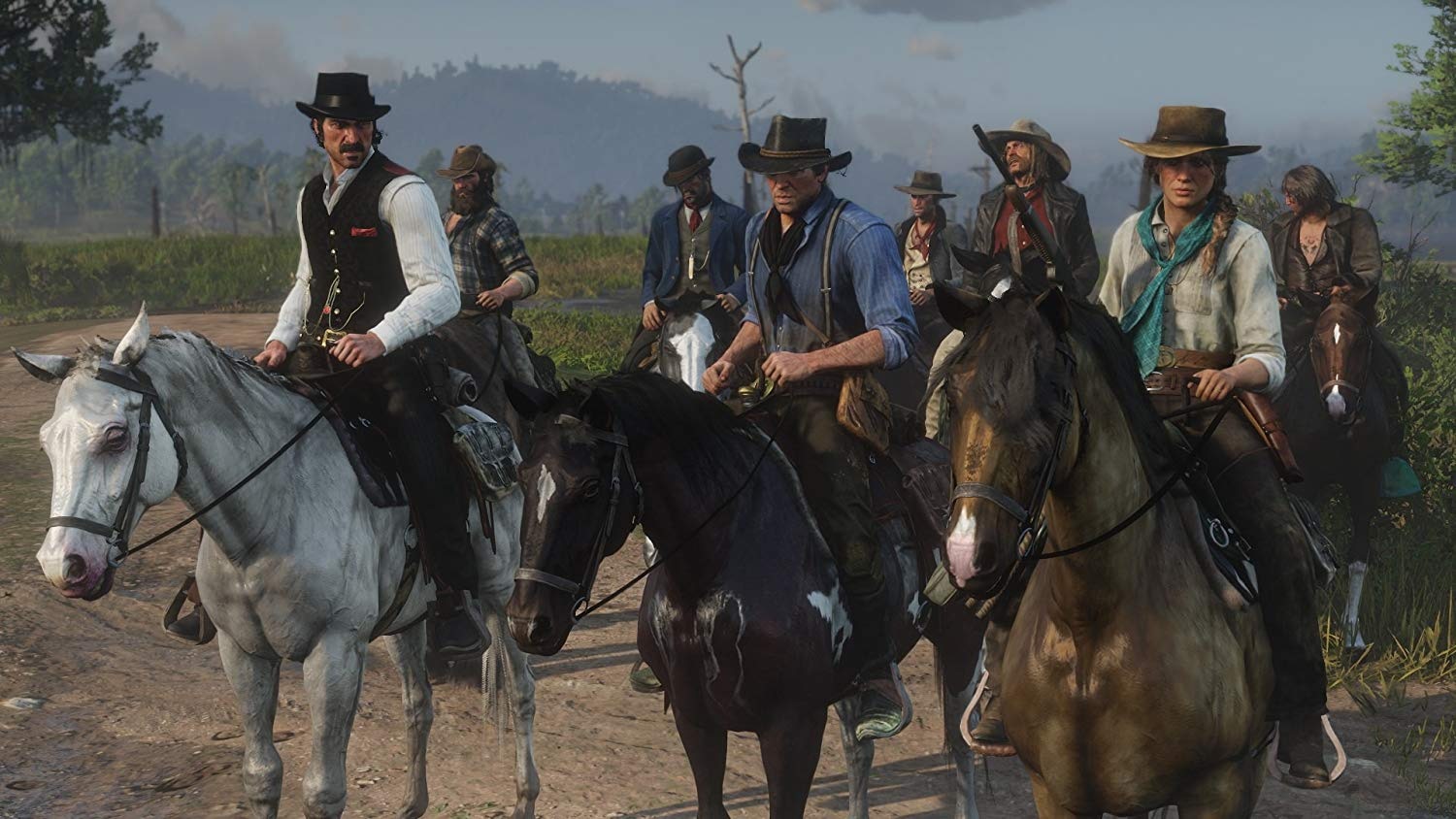 Players can ride horses, take on missions, rob trains, drink at saloons, play games, hunt, mingle with townsfolk with interactions that actually mean something, and so on. There is so much to do within this game due to how large the scope is that one can lose hours just combing over small spaces within the map itself. With a world this large comes one of the most interesting elements, which is realism and detail. The options for customization are great with barbers and tailors found in many towns, and players can hunt to obtain materials for selling or crafting items. It sounds simple, but Red Dead has a purpose for everything. For instance, there are over 200 animals within the game that can be hunted, and each one you kill has a different grade with its own ranking system, meaning it may take several kills just to get the proper grade to craft the item you need. This type of detail makes replay value endless. 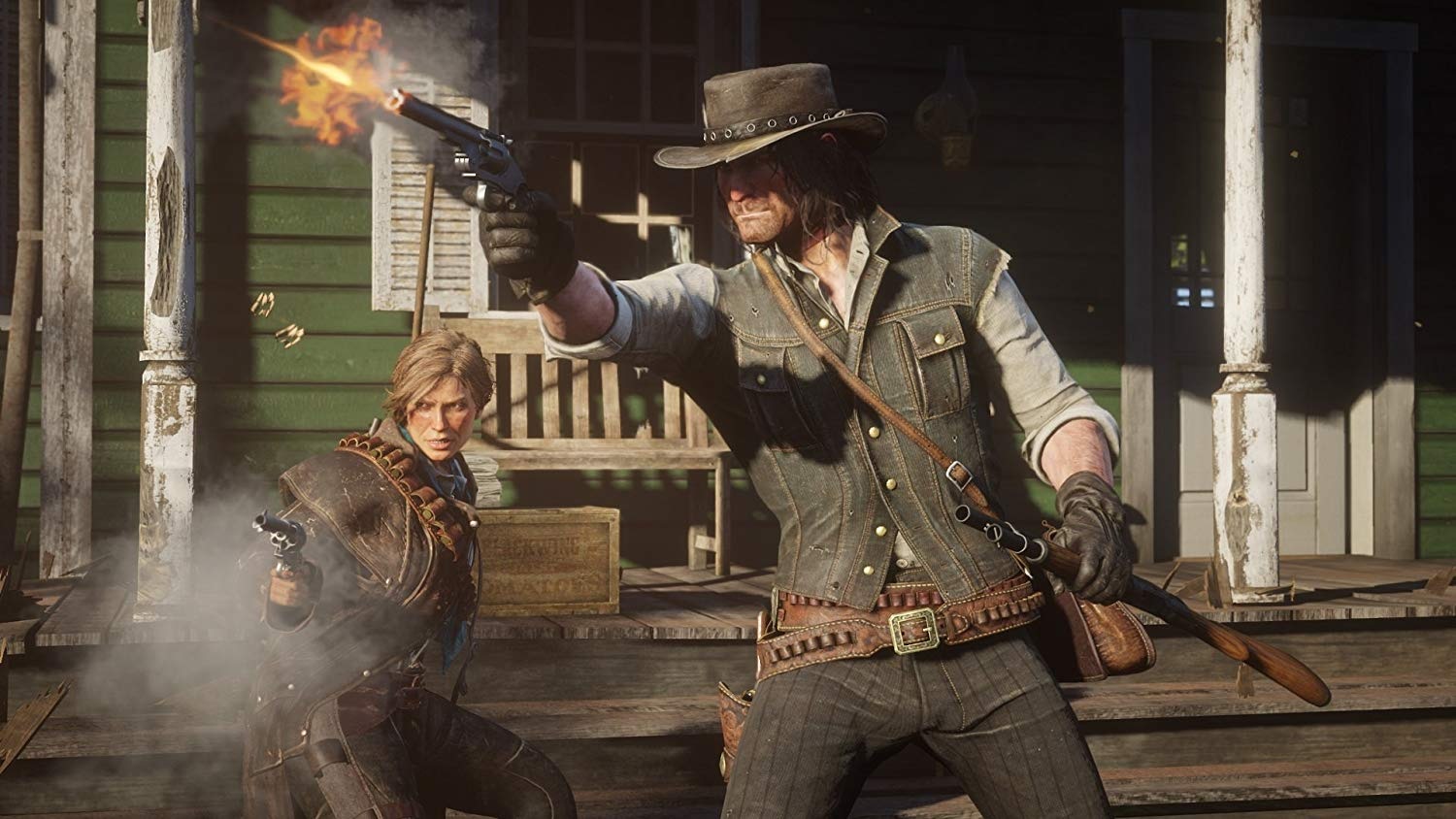 With that said, this type of detail can also lead to more time spent in specific places. You need to bathe? There is a mini-game for that. You need to craft? Another mini-game. This title is flooded with mini-games that have heavily animated sequences that can definitely take some time to get through. Sure, horse-riding can be streamlined for a quick trot where the player can just watch the ride, but having to go through so many little nuances can be tedious at times. That really is my only gripe for the whole experience. Convenience isn’t as relevant here as realism. If you go into this title wanting more of a simulation, it is in fact the perfect product of entertainment for that alone. Even with the hesitation and pausing, Redemption 2 has a way of remaining captivating with well paced activities as at the end of the day, Rockstar made it where you can do what you want, when you want. If spending ten hours skinning hides is your thing or trekking across town with a large item in your hands because there is no bag to carry it in, well – that is your prerogative here as there is so much to do it is easy to find lighter activities anywhere within the game. 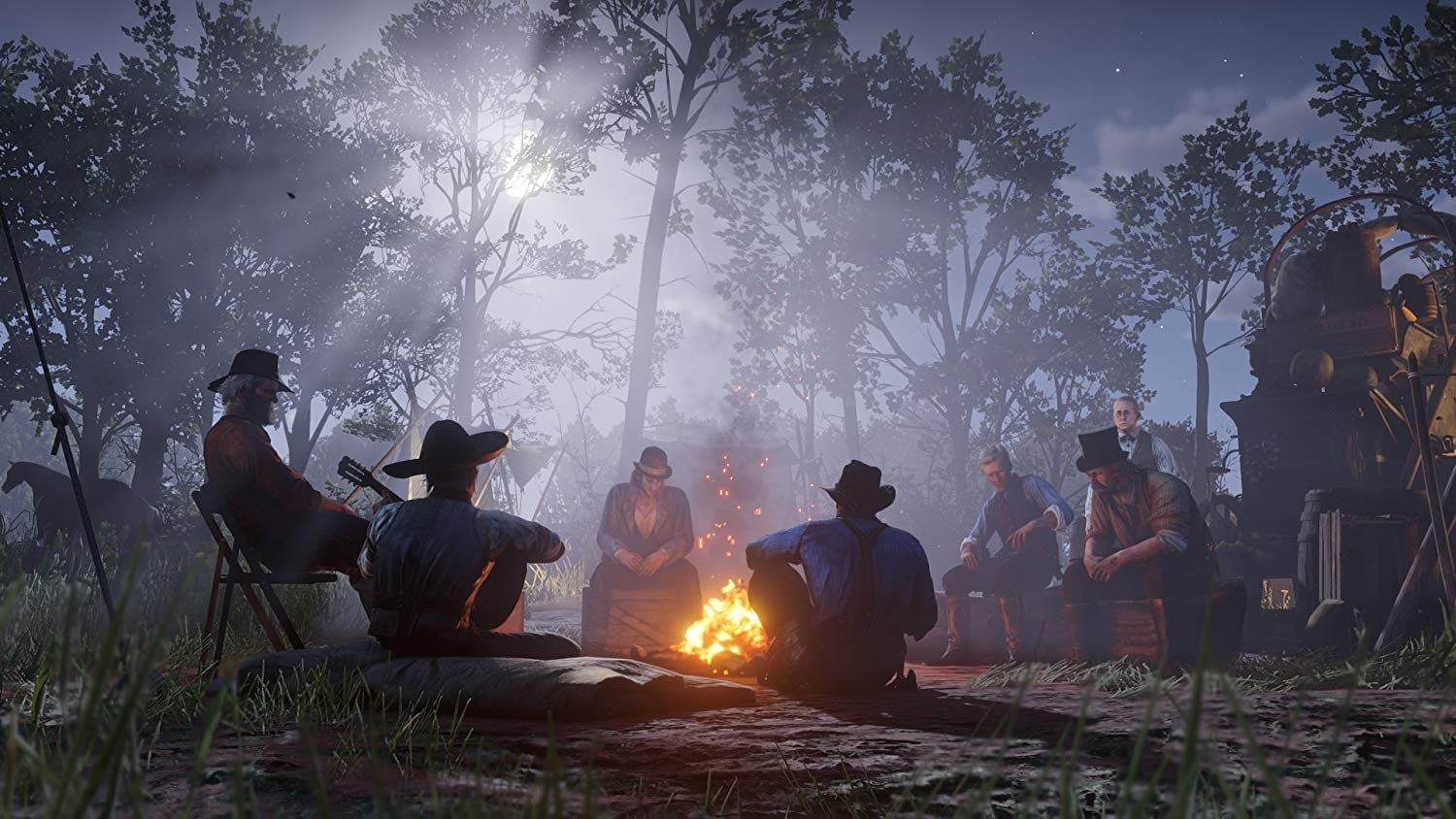 I cannot even imagine how big online will be, as if it is able to carry this world on its back at time of launch, players are in for one of the most fully realized online experiences ever made (barring how the micro-transactions pan out, that is).

I truly don’t believe there is a better looking game overall than Red Dead Redemption 2. No, I am not talking about one or two models looking better than others on current platforms, I am meaning as an in-game world, this follow-up features more tiny details that most developers would simply ignore, which all paint one beautiful landscape where interactivity and discovery never end. There is just so much awe and visual atmosphere to take in. All NPCs have little quirks and motions that create personalities and set backdrops for torn towns, while the rambunctiousness of an animal can definitely lead you to more successful hunts. You can even view detail in fine parts of the world, such as detailed fauna and mud that cakes into the fur of animals as they trudge through water. There is no doubt that this title was a massive undertaking for Rockstar that took a lot of resources and time, and it all pays off as players are treated to an unlimited amount of visual atmosphere throughout. 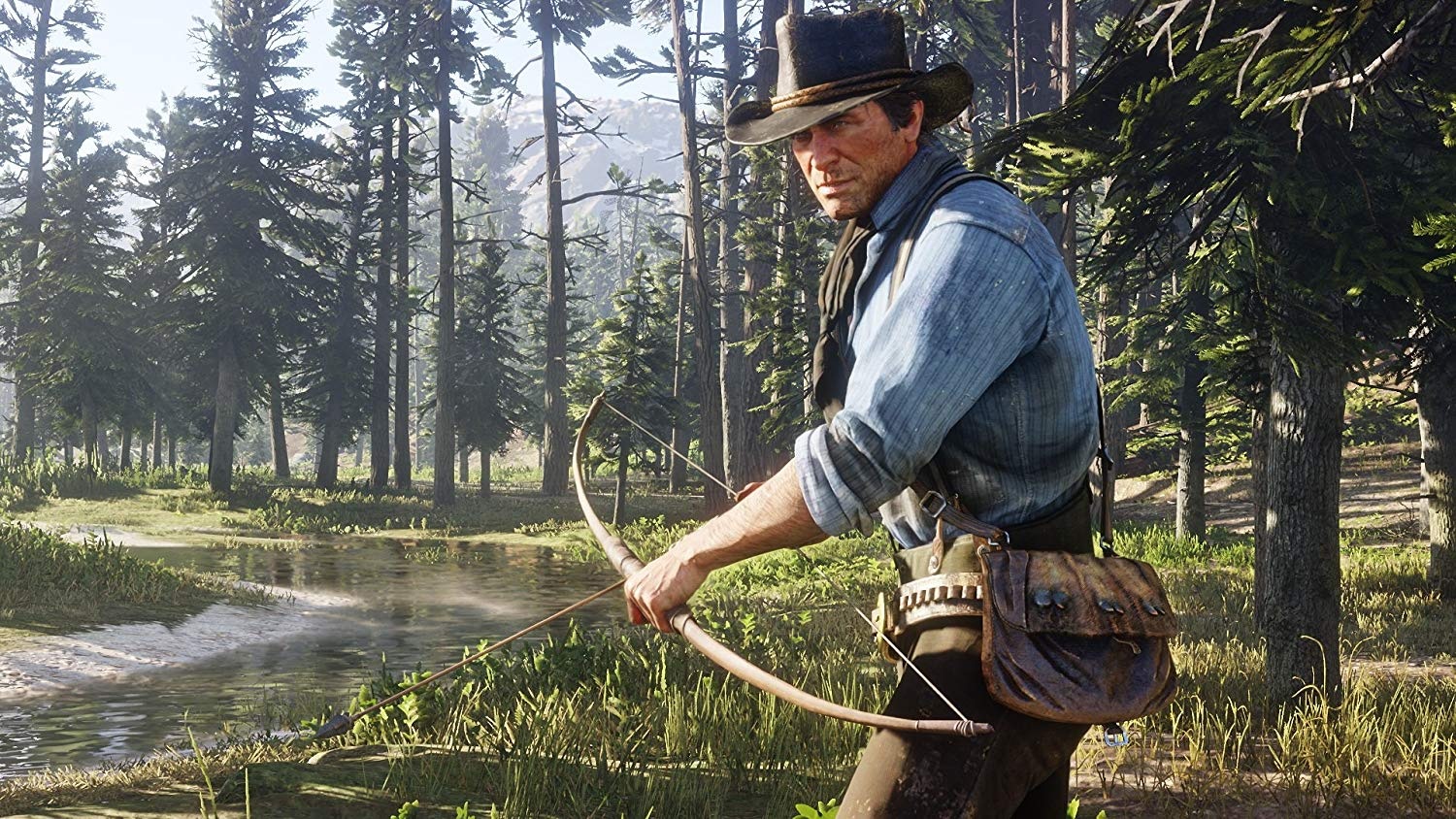 The soundtrack is very western and thematic. I wish I could be more detailed, but to be honest – I am not a true fan of this era, even though the game itself I find to be lovely. Yes, there is a certain tone that the tunes paint here, but the true winner in audio are the voice acted performances. Morgan and company are all lead by an amazing group of voice actors who bring alive each part and make cutscenes and standard dialogue sequences while traveling memorable and compelling. That isn’t to say the last title didn’t also have its fair share of attention with this, but this particular installment hits even more high notes by making most of the dialogue feel meaningful.

Red Dead Redemption 2 is a journey. Rockstar truly put together a polished epic with this title that will live on for generations to come, setting yet another bar for the open world genre. Even mild flaws are subjective here, as a change of perspective of how one views them can simply make the game feel more sophisticated and deep overall. While I don’t think Morgan will be the same type of mascot as other past protagonists for Rockstar, I do think he will be remembered as being a part of one of the most detailed and fully realized worlds the industry has seen to date. Red Dead Redemption 2 was able to live up to its hype due to infinite delivery and paints the peak of an entire generation of gaming. 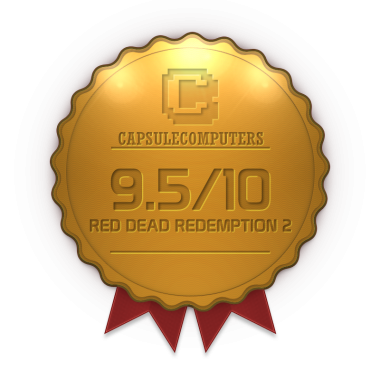 Rockstar hit all the right notes in this sequel, bringing us the most detailed western scene to ever grace a controller.
9.5