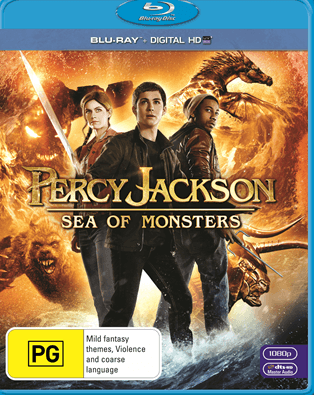 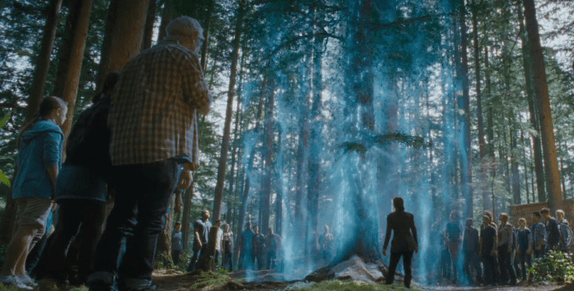 Story
The film begins with the voice of the protagonist, Percy Jackson (Logan Lerman), who reintroduces himself as the only God-born son (half-blood) of Poseidon. In order to establish the story, Percy takes the audience back seven years to when four half-bloods –Annabeth, Luke, Thalia and Grover –were running from monsters towards the only safe place for their kind. Thalia, daughter of Zeus, sacrifices her life to save her friends and in return Zeus transforms her into a tree, that enables a barrier of protection for Camp Half-Blood.

Now in the present-day, Percy is in a battle against the narcissistic Clarisse (Leven Rambin), daughter of Ares, to determine who the strongest and bravest leader is. The power-play between sexes comes across as very childish and steers the audience away from the main focus of the film. That is, Percy’s goal to prove that he is ‘prophecy-worthy’ and can make the right choices without the guidance of his father. However, matters change for Percy with the unexpected arrival of Tyson (Douglas Smith), his ocularly impaired brother. 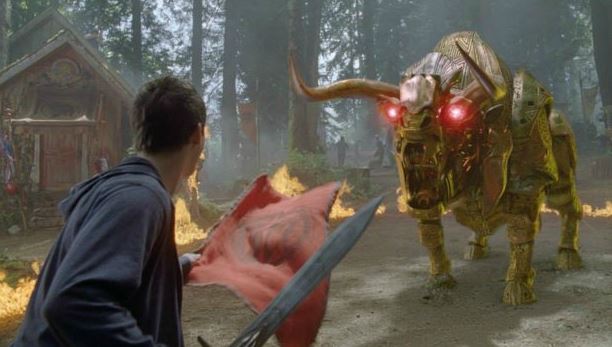 Accordingly, a fire-breathing Colchis Bull breaks the tension of newcomers, as well as the barrier surrounding the camp. In an outburst of terror, the half-blood’s scatter and Percy takes the initiative to destroy the mechanical beast with the help of the fireproof Tyson, Annabeth the damsel in distress (Alexandra Daddario) and Grover the satyr (Brandon T. Jackson). Upon the discovery that Thalia’s tree has been poisoned and can no longer protect the camp, the real danger of annihilation of every demigod, satyr, centaur and nymph, sets in motion a journey into the Sea of Monsters.

The ignorant and amusing Mr. D (Stanley Tucci) takes the advice from Annabeth and Grover to retrieve the Golden Fleece that will restore Thalia’s tree and the barrier around Camp Half-Blood. Only, he sends Clarisse and her army to the Polyphemus’ Lair in Circeland in the Sea of Monsters (a.k.a. Bermuda Triangle). Despite this, the foursome –Annabeth, Grover, Percy and Tyson –take it into their own hands to complete the quest and save the camp. 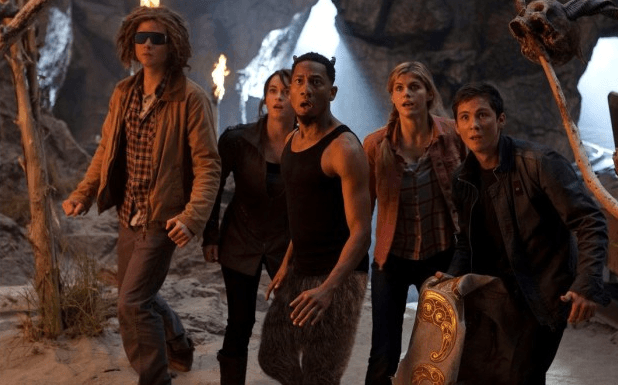 The journey entails a few comedic turns from a bizarre cab ride to the stomach of Charybdis, as the group come closer to the Golden Fleece and the truth behind the prophecy. The great threat does not match the power of one, Percy Jackson; who learns that in order to succeed you need to believe in yourself and create your own destiny. Without spelling out the conclusion, the audience should be able to decipher what happens, mainly because of the simplistic storyline and narrative progression.

Visuals
Percy Jackson: Sea of Monsters does a fantastic job in the special effects department, incorporating a range of fantastical elements. The most impressive is the mist effect, which makes the mystical appear normal; ergo Tyson the Cyclops changes from having one to two eyes. The visual experience is heightened by the vast and glorious landscapes shot by cinematographer, Shelly Johnson, who uses panavision primo lenses. An exemplary scene involves Tyson, Annabeth and Percy riding a gorgeous Hippocampus across the sea, with ripples of water splashing onto the camera to bring the audience closer to the setting.

Film fanatics should take note that the high definition graphics are accessible outside the traditional formats, with Digital HD viewers can buy, collect and enjoy their favourite Fox movies, including Percy Jackson: Sea of Monsters, digitally by streaming or downloading them on their laptop, tablet and other digital devices.

Audio
Composer Andrew Lockington, well-known for his music in ‘Journey 2: The Mysterious Island’, brings to Percy Jackson: Sea of Monsters a similar orchestral score that explores the wonders of a new world. In addition, the soundtrack choices accelerate the adventurous atmosphere in the film, including ‘Light ‘Em Up’ by Fall Out Boy and ‘To Feel Alive’ by IAMEVE. Above all, the sound-effects effectively draw the audience into the magical quest and add a dimension of realness to the fantasy.

Extras
The DVD edition of Percy Jackson: Sea of Monsters entitles viewers to exclusive extras, with the cast on their experience working together at Camp Half-Blood and the director’s discussion about creating ‘The Eye’ for Tyson. Thor Freudenthal explains that it was important to construct a character based on a monster from Greek Mythology, to explore the prime example of being ostracised in terms of appearances. As the film progresses, the characters becomes more understanding and accepting of Tyson, for he is a warm-hearted and friendly creature. 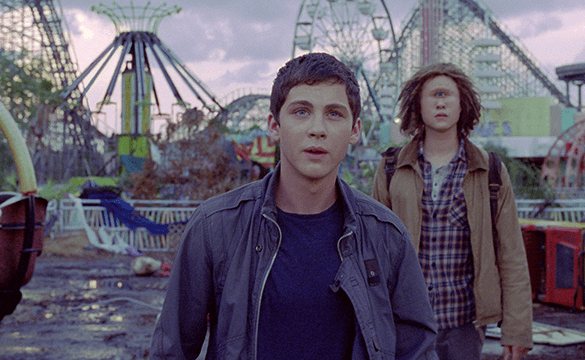 Overall
Percy Jackson: Sea of Monsters is a classic example of a film targeted for a younger audience (pre-teens) and therefore will not appeal to an older generation. The sequel scratched the surface of the novel, but did not maintain the premise and ultimately the narrative structure suffered in the film (as with Percy Jackson and the Lightning Thief). The predictability of the storyline and limited effort to steer away from the typical fantasy genre, did not allow the audience to experience a new adventure. Unfortunately there were no awe-inspiring performances from the cast, in fact they were more humorous than serious throughout the film. Nevertheless, the film deserves merit for its exceptional effort in special effects and the musical score. Overall, it is plausible to deduce that the majority would agree Percy Jackson: Sea of Monsters is a film with the odds of a sinking ship. Abandon the sea of monsters and hopefully the next release Percy Jackson: The Titan’s Curse will wash viewers ashore into a great fantasy.