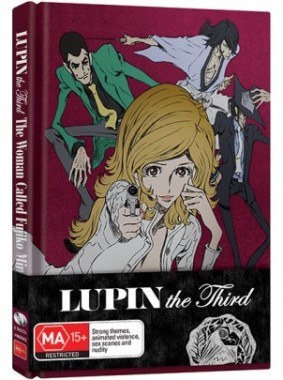 Overview
Lupin the Third is the story of the world’s greatest thief, but The Woman Called Fujiko Mine isn’t his story. No, this is most definitely the story of the cunning seductress Fujiko Mine, an embodiment of mystery who bares a truth so cold it burns. With Part 2 of Hanabee’s collected releases of Lupin the Third: The Woman Called Fujiko Mine the femme fatale comes face to face with the truth behind her cold eyes, the darkness that broke her, the circumstances that made her into Fujiko Mine. It is a climax to savour for an unforgettable journey into the heart of this iconic character that is the woman called Fujiko Mine. 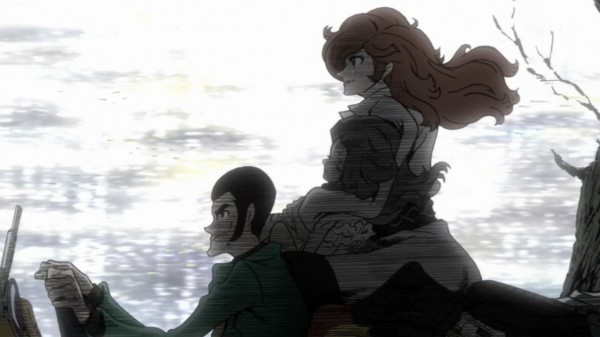 Story
Picking up where Part 1 left off, Fujiko is quickly becoming thrust back into the harsh darkness of her past. We come to see how she became the woman she did and the ways in which she became broken. Slowly but surely the past that continues to rear its ugly head begins to send Fujiko off the rails and she becomes more and more unhinged.

While the early goings of this series were all about the thrill of adventure and the crazy life that Fujiko Mine leads. That adventure was always underpinned with a notion that freedom comes with sacrifice. Until now what sacrifice Fujiko had to make had been kept hidden. With this final stretch of episodes all has become illuminated and we see the true pains of what one must give up in order to be truly free. Fujiko had to lose herself, lose her future, lose her childhood, lose all control of who she wanted to be in the world, all in the name of being free. Well in the end Fujiko was never free, she was caged by her past in a way that she could hardly comprehend. The torture of days gone by had worn her out, all that remained was a shell of a girl that could have been and with these final episodes we see Fujiko take that girl back. 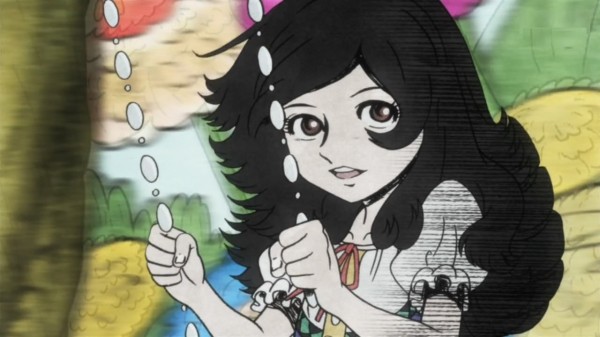 What we see here isn’t a story about being free, but a journey for identity. Fujiko Mine was but a name, it isn’t until she confronts the demons of her past and deals with the pain that she had bottled up in her heart that she can truly begin life as her own person. Free from the chains of past hurt, she can now be whoever she wants to be and live however she wants to live. Fujiko is free, not an artificial sense of freedom, a genuine kind.

At the heart of it all The Woman Called Fujiko Mine is a tale of identity. For Fujiko, regaining control of who she is and can be makes her free. Her past no longer has a hold of her and the identity that was ingrained into her since she was a child is now not something that is so set in cement, she is free. Not only do we see Fujiko go through this journey but the entire cast of characters does in one way or another, the through line for all of them is their mutual connection with the broken woman Fujiko Mine.

It is thought-provoking and with these final few episodes it is incredibly dark. Diving into the deepest darkest innards of the world of Lupin, The Woman Called Fujiko Mine is one of the most compelling anime series in quite some time. The series concludes in grand fashion with a finale to remember. There is a way for us all to be free, it’s just that sometimes getting there we just have to go the long way around. 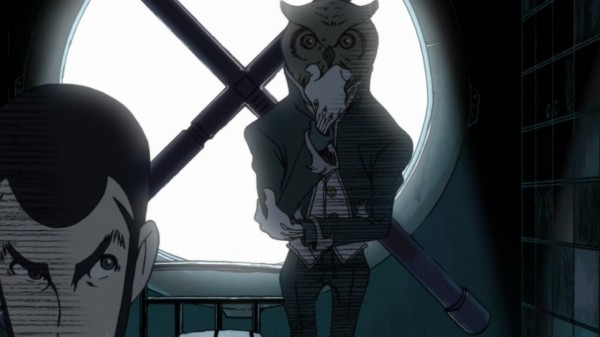 Visuals and Audio
Continuing the trend set in Part 1, The Woman Called Fujiko Mine Part 2 features some truly unforgettable aesthetics. With a dark tone set and grayed palette, the visuals perfectly capture the dark nature of the story with striking imagery that will stay with you long after viewing. The more explicit nature of Part 1 is somewhat toned down in this second half of the series, however that is hardly an issue as the explicit imagery is not essential to the plot nor is it inessential. As for the animation, TMS Entertainment continue to impress with fluid sakuga animation being commonplace in this part.

The score is superb for this second part with the despair of Fujiko being captured perfectly with gutwrenching tracks timed with the finest of precision. Both the English and Japanese language audio featured on this release are stunning in every regard, with knockout performances in both dub tracks. 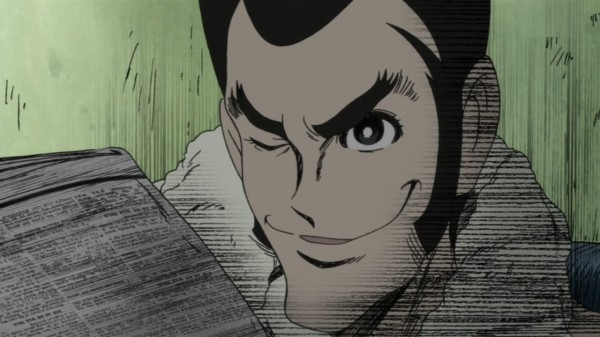 Extras
Hanabee Entertainment has done a brilliant job with this combo pack release of Lupin the Third: The Woman Called Fujiko Mine Part 2. Once again that have gone above and beyond the call of duty, with a special packaging release in a hardcover book featuring a lovely artbook and information section detailing featured episodes and characters. On top of that one of the artwork pages is a lovely pop-out image that is very nicely designed. As for on disc extras, Hanabee have packaged in clean opening and ending themes. 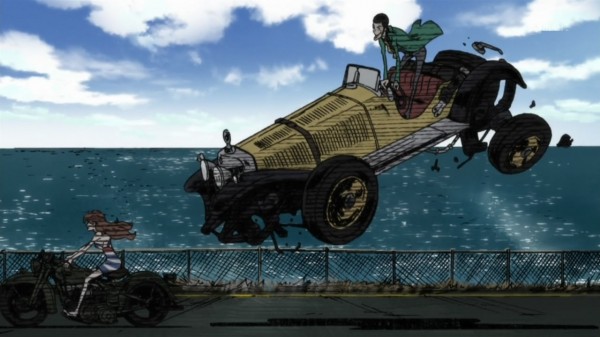 Overall
Lupin the Third: The Woman Called Fujiko Mine is simply an anime series that must be experienced. Whether you have experience with the Lupin the Third franchise or not, this is absolutely essential anime viewing. It features a complex and rich narrative oozing with flair that gets darker and darker the further it progresses, culminating in what is one of the most satisfying conclusions to an anime series in a very long time.

This is an anime that will make you think, make you laugh, make you cry and take you on an adventure you will never forget. Lupin the Third: The Woman Called Fujiko Mine is a journey all anime fans must take. It is an anime series we will no doubt be talking about for years to come. 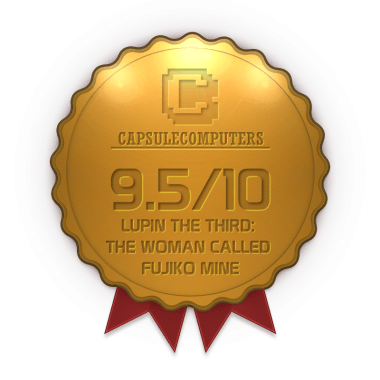