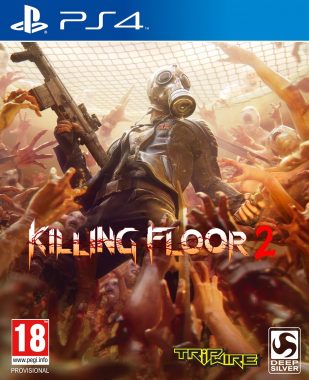 Despite the lack of thrilling FPS titles this year, there is always room for more ideas and concepts for the genre, even if those ideas resemble a bit of everything else. That is the kind of game that Killing Floor 2 is. While the first title made a few waves years ago on PC, the second has splashed onto consoles and is looking to make a mark by feeding a currently hungry market. Is Killing Floor 2 worth a pickup, or is this release one to pass on? Let’s find out. 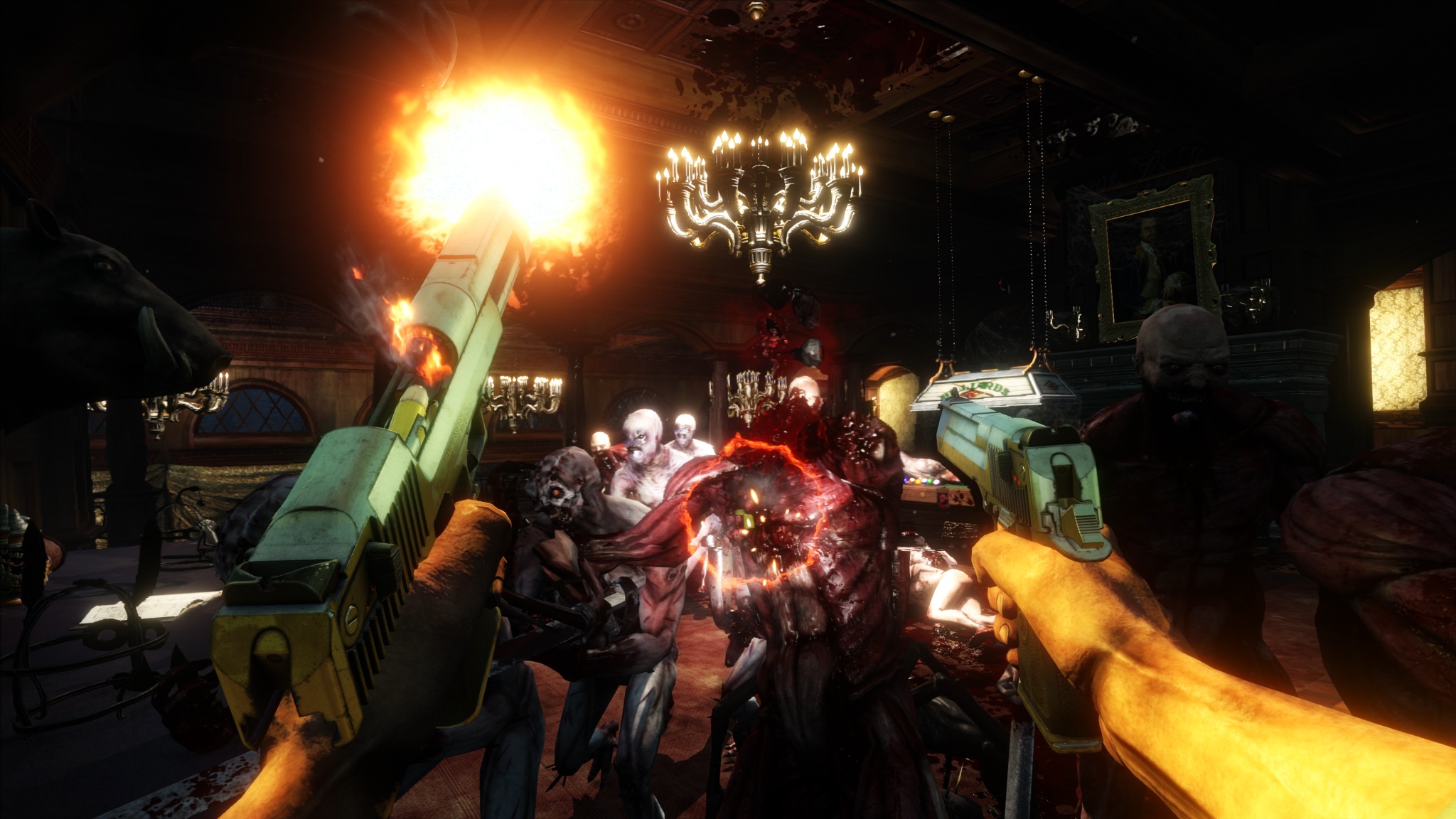 There isn’t really a need for a story within this game, as just like Left 4 Dead and the general survival/wave based shooters, you really are just trying to stay alive against enemies who constantly grow stronger as progression is made. That said, there is a narrative that ties in to the gameplay with the player landing in the middle of an outbreak against multiple types of Zeds, which are pretty much standard zombie fare. Killing Floor 2 will definitely not enthuse someone who is looking for The Last of Us in first-person format, but it is a nice little game that makes up for its small story by simply being a great experience in every other area.

The core gameplay concept for Killing Floor 2 is simple. Slay Zeds, stay alive, and pick up some fantastic toys along the way in order to do so. Players start out by selecting a perk, which in this title means class. These classes range from a medic, commando, support, and so on – and allow for plenty of variation on the field. My personal favorite was “Firebug” as the player simply gets to use flammable fare to fight Zeds with. Sure, some may want some weapons that are a bit more imaginative (which a lot of modern FPS titles have turned to), but the arsenal within the game is just solid and varied enough to be satisfying, as the combat is truly where the legs of the game are found. 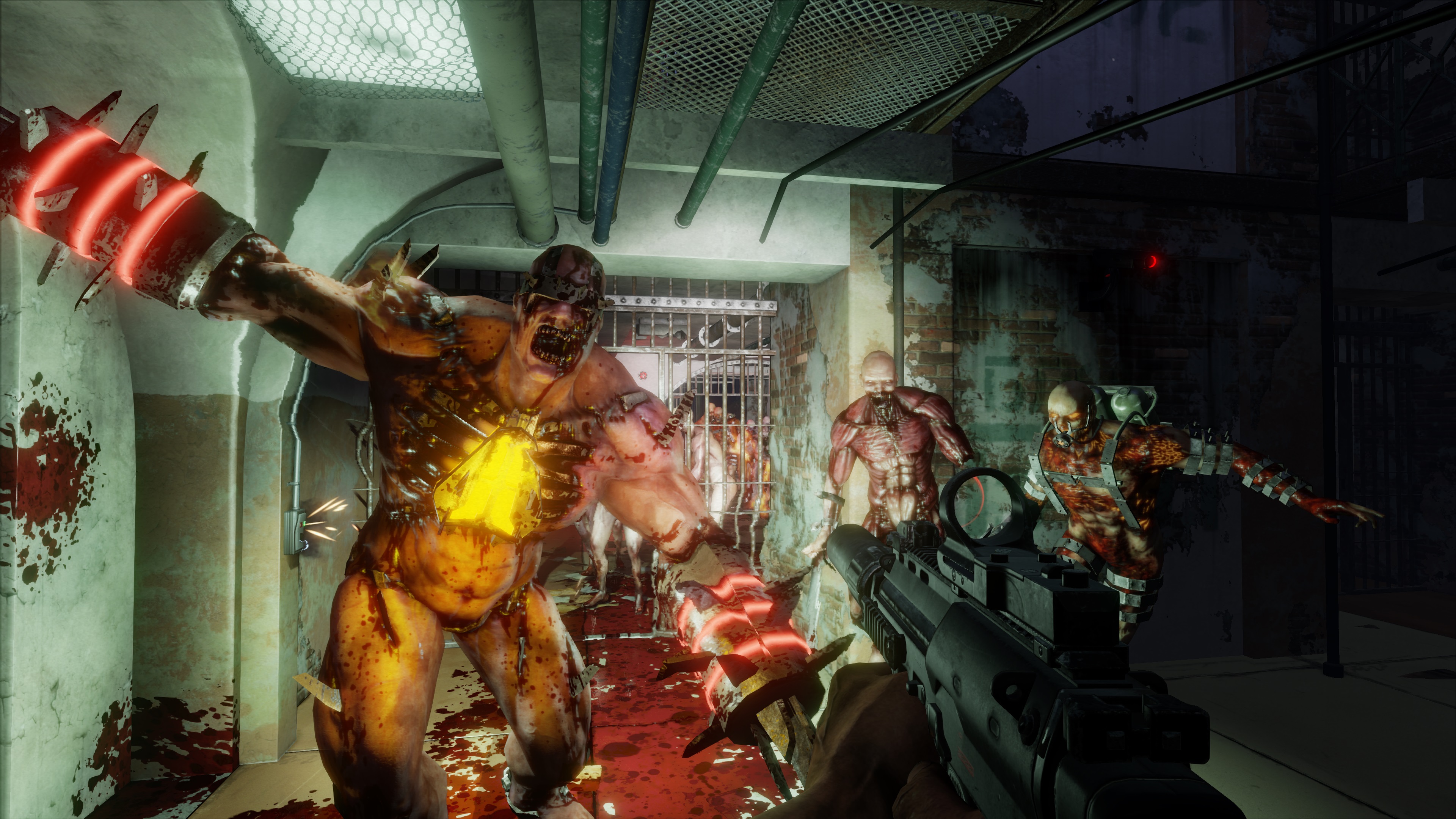 To say that this game is better with other players is saying it lightly. Killing Floor 2 is fast-paced, brutal, and can create tension quick as it is extremely easy to get overwhelmed. That is exactly why having up to five other players try to survive wave after wave is much more rewarding and enjoyable overall. Each round allows you to restock after each wave, with harder enemies coming out as the game progresses. Eventually, a big boss will come out to torture you all – which players can team up strategically to stay alive and achieve their overall objective. You kill Zeds, protect your team, gain cash for those slain Zeds, upgrade equipment, and kill more Zeds. There isn’t really a science to the formula, but there are so many intense moments that the game doesn’t need to deviate from the FPS realm to put on a fun show. 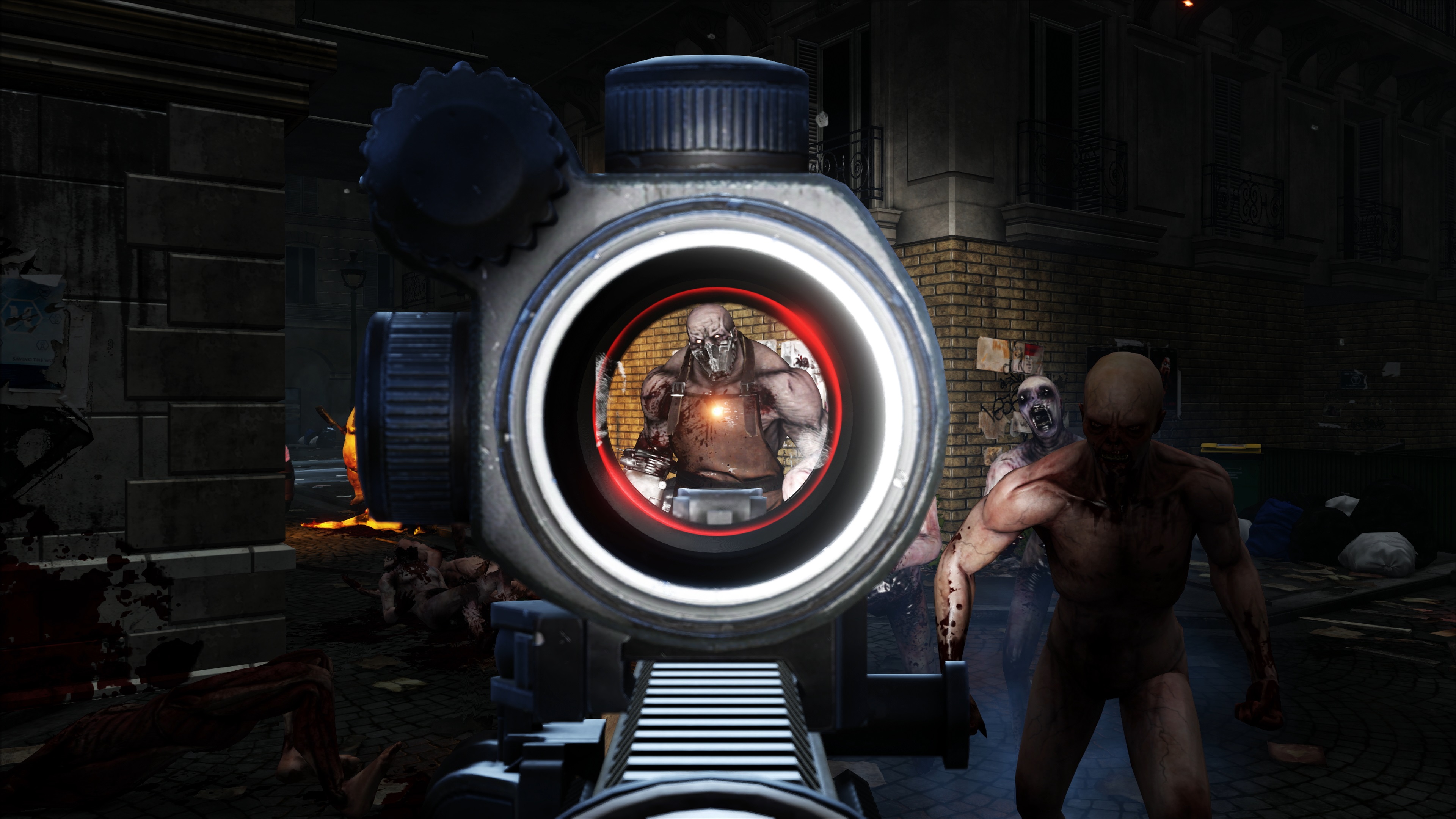 Those who want to just go in alone are perfectly fine as well, as the game is still great alone – which for a good while is how I played it until I dabbled with the still superior co-op portion. For a bit of PvP, a survival mode is also a part of the experience. This mode puts humans vs Zeds and to be honest, it isn’t a bad time-killer at all as both sides are fun to play as the Zeds have most of their own powers and perks to give everyone a nice breather to go to after an high velocity co-op stage.

Visually, Killing Floor 2 is a pretty game. Even with being a tiny bit older and not having near the budget compared to something like Battlefield, there is a lot of visible polish and smoothness to the models and animations. Oh yeah, and gore. This is a very gory game. Blood splatters as you shoot Zeds. Bodies break a part. Melee weapons provide different kill animations. There are a ton of ways to kill an enemy and even though the fast pace may make you forget how many different ways you chop up an enemy, the game definitely has that little hidden layer of quality ironed in. I should also mention the environments as each map is heavily detailed. Despite telling a huge narrative, the level design makes you feel like you are a part of the chaos that is taking place from the core details provided, as there is a ton of little touches throughout that make exploring a bit well worth it. 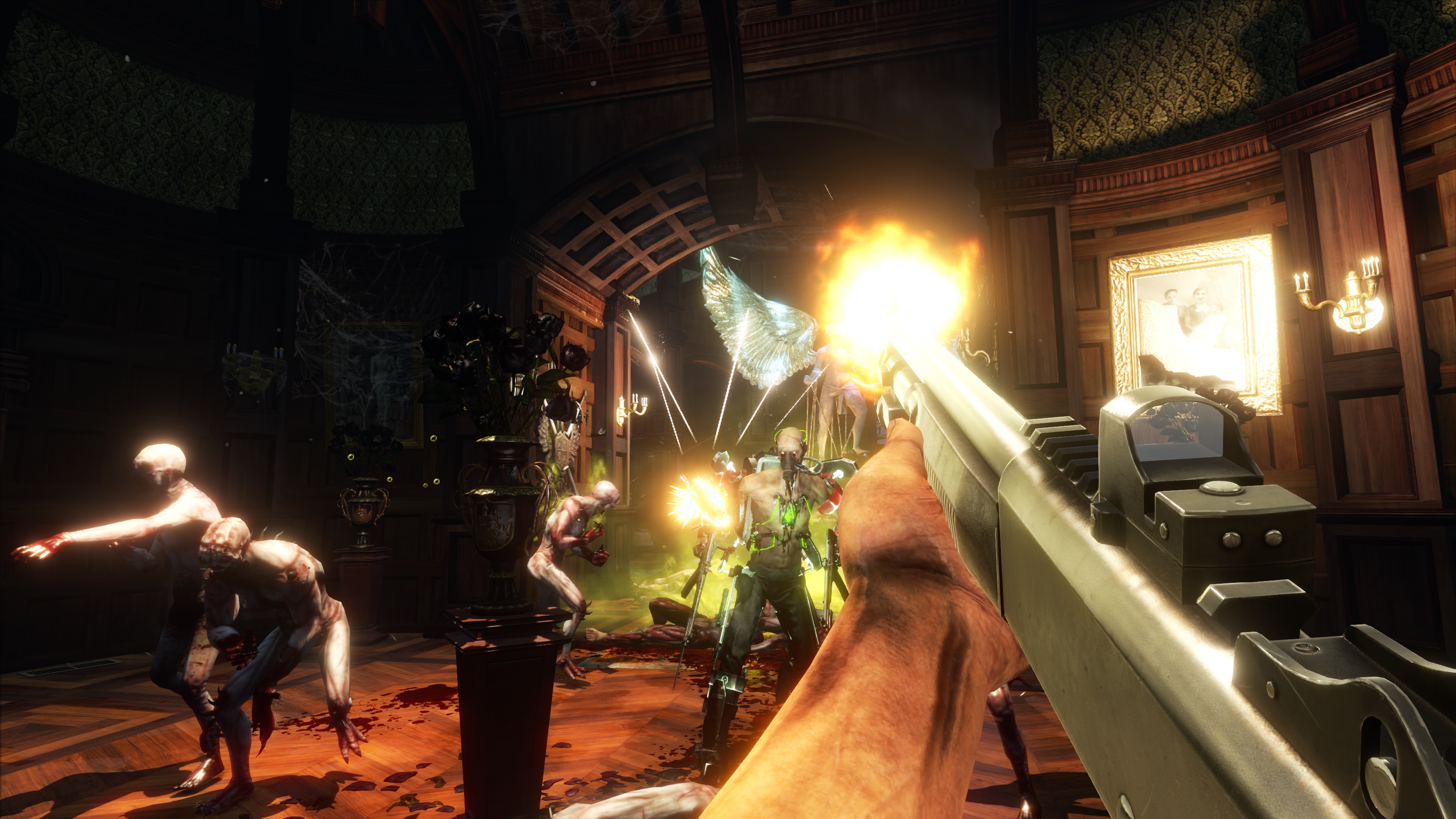 The soundtrack is ok. I guess I am not too much of a metal person, as the music kind of was a bit too much for me and sounded like a random Spotify playlist, so I kind of just swapped to my own. The music is not bad, it just was not this guy’s preference. The voice acting is decent as well, but repeating lines and over-talkative protagonists are another reason I did not mind muting the audio altogether. I know voice acting – unlike music is about talent and not preference, but despite not minding the performances, the way there are edited in just comes off as a bit annoying.

Killing floor 2 is a great game at a great price that delivers a fun time throughout. Rather than making the player constantly jerk out their wallet to continue to feel satisfied, this title feels complete in its offerings and has a surprising amount of content. The game is fast, fluid, and a blast to play with friends, with outstanding polish that will let players quench their thirst for some old-fashioned gore. There are a few shortcomings with this title, but they are small and don’t stop the action whatsoever. If you are looking for a title to play online with friends that can scratch that same itch that past titles such as Left 4 Dead, RE: Mercs, and so on, this console port is worth its weight in entertainment and should not be missed.

Tripwire Interactive debut the Zeds on consoles in what will surely be a cult classic.
9