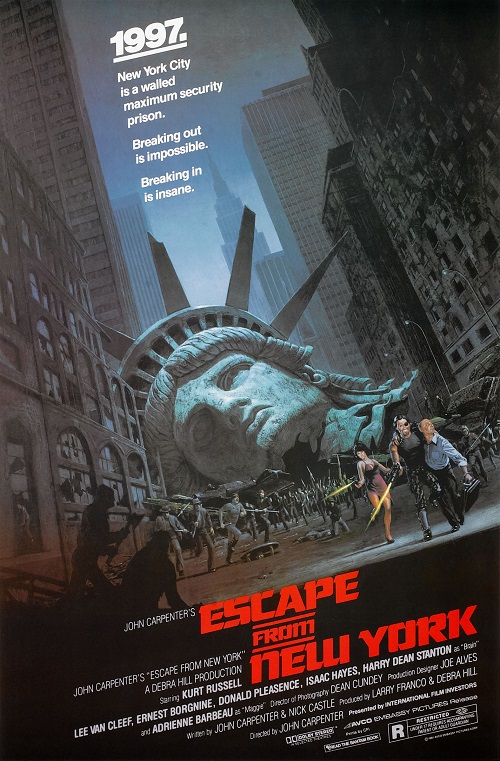 Directed by the cult cinema director John Carpenter, Escape from New York occupies an interesting place in the pop culture landscape. It is, by most measures, an above average piece of shlock cinema. It really should not have had the lasting appeal it has found but, in spite of this, it has found a niche and fills it with gusto. When it comes to schlock, it’s best to approach it with a positive mindset and a degree of insobriety. With these facts in mind, I fly a gullfire down to George St Cinemas to watch the action unveil at the In the House screening of Escape from New York. 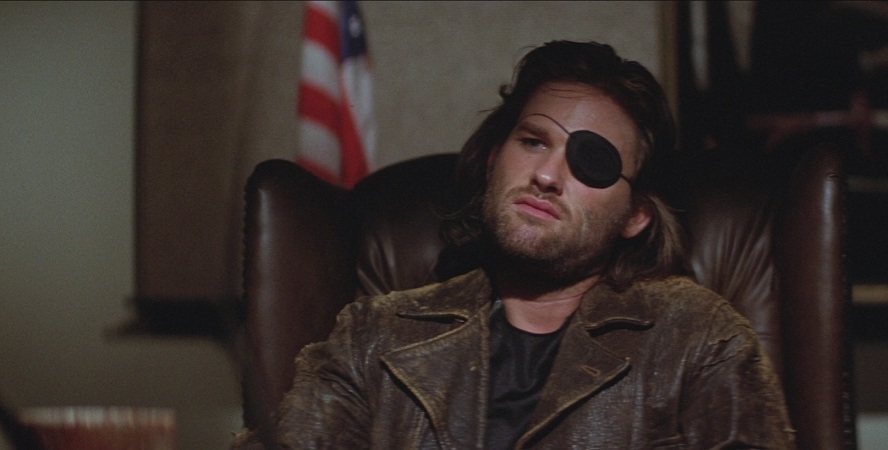 The MCs for the evening were Jason ‘Jabba’ Davis and David ‘Quinny’ Quinn who, in true In the House fashion went off script and gave two jetboating tickets to some cosplayers who were dressed as characters from the film. Originally, I imagine they were meant to (I imagine) give the tickets away to the winners of whatever competition they could organise at short notice but In the House runs upon the rule of cool and these cosplayers were evidently so cool that they deserved this prize purely by walking in the door. Kudos to Jabba and Quinny for sticking by their guns and going with the flow!

Following their snap decision, we sat down to enjoy some trivia regarding the film’s production. Of particular interest to me was the fact that this film wasn’t shot on location in New York but rather in St Louis after it had suffered a catastrophic urban fire (which is why the sets look so lavish and expansive compared to the rest of the film). Another of the highlights which Quinny elucidated on was the fact that Hideo Kojima, creator of the Metal Gear series, took such inspiration from the main character of this film that he named the protagonist of his video game series after him. I’m going to give you an extra tidbit of trivia, dear reader, and reveal that Hideo Kojima was not the only luminary who was inspired by this film. William Gibson, the de facto father of the cyberpunk genre, was similarly inspired by this film and it’s protagonist to go and write Neuromancer. Ruminating upon the serendipitous nature of this film’s place within pop culture, I kicked back and awaited the screening proper. 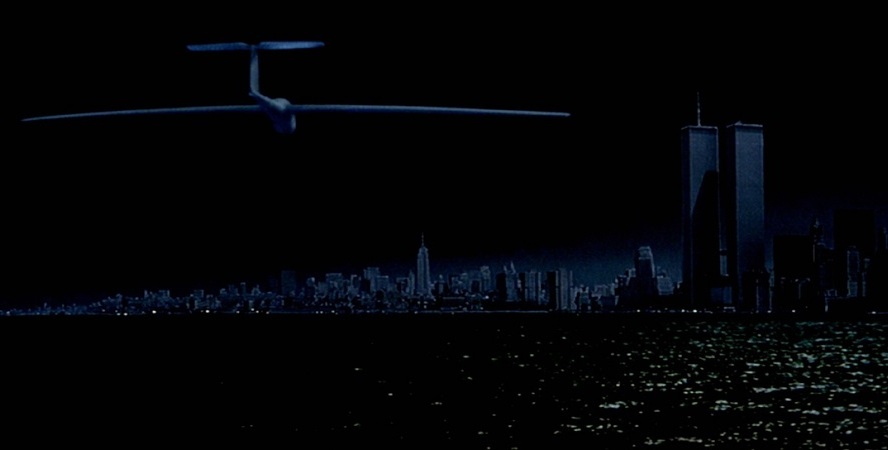 The story starts off with intertitles explaining that in not so distant future (of 1997), America decided to make a super maximum security prison out of the city of New York. The city is walled off with any attempts to escape meeting with fatal force from the militarised guard units stationed around the perimeter. Into this mix, terrorists hijack Air Force One and crash the plane into the ruined city with the president surviving the crash in an escape capsule. The warden, unable to send a larger force in to rescue the president, coerces war hero turned criminal, Snake Plisken (Kurt Russel), to enter the city and rescue the president. Plisken has to traverse a ruined cityscape, avoid the predations of the inmates, and extract the president before the micro-explosives in his neck blow up and kill him.

This film is unabashedly sci-fi action movie shlock. It’s action is largely nonsensical with pretty much every plot point in the film being almost without any semblance of logic. Characters often do things purely for the sake of moving the plot along and not any sense of personality or internal motivation.  Not to mention the whole of New York getting walled off and turned into a hellish prison city. What I will give is that the film does have a sense of humour though with a number of running gags throughout the film which only become funnier with repetition. That’s not an easy trick to pull off and the film rightly deserves praise for being able to pull it off. Some of this humour may also have been unintentional and my companion for the evening did laugh at the film’s vague understanding of science whereby X-rays can neutralise explosive charges. 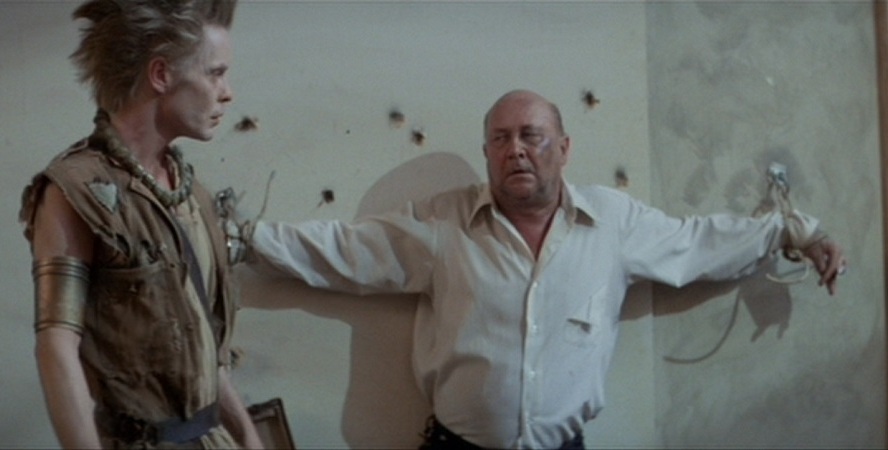 Russel’s performance as the tough-as-nails Snake is fairly monotonal, as you’d expect from an action hero from this era. Most of what we learn of his character we learn secondhand from his interactions with characters with references to events which occurred before the start of the film’s narrative. It would have been nice if we could see a bit more of this backstory but it works to create who we feel has a history and grounding in this world. We do see glimmers of selflessness near the end of the film but ultimately he’s more akin to a classical idea of a hero who is largely motivated by ensuring his own survival.

There are far too many moments where the story decides to drag its feet. There were quite a few scenes where Snake pretty much just walked around the ruins of New York aimlessly trying to find his quarry. Sure it may be more realistic for a buff and tough action hero protagonist to actually have a hard time figuring out how he can find the missing president in the middle of a blasted cityscape he’s never been in before. Sure, it might be realistic but if I wanted to experience a story where the main character wanders around ruined buildings waiting to trigger the next plot element, I’d have stayed home and played Fallout (da dum tis). I wouldn’t have minded a bit more contrivance or serendipity of it meant the film’s story moved with a bit more brevity. 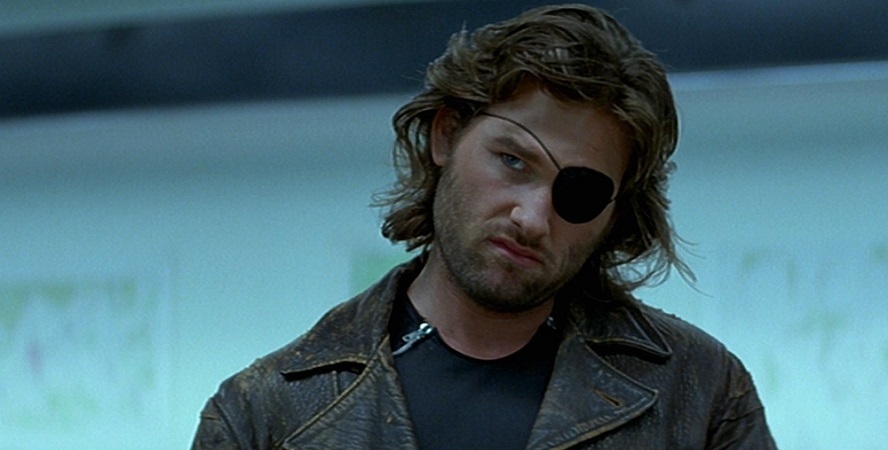 The biggest gripe I have with this film is that it’s far too dark… in a literal sense. As Quinny and Jabba mentioned before the film started, the film is almost divested of any semblance of ample lighting. Pretty everything in this film is wreathed in shadow which creates some pretty cool shadows and reveals here and there but overall it feels somewhat underlit and I would have appreciated a floodlight or two to let me see what was going on. Nonetheless, the burnt out remains of St Louis did an admirable job of doubling as the burnt out remains of New York. I understand that in a pre-9/11 world, the image of a New York in rubble was considered in ground-breaking and I can appreciate the ground that this film broke in imagining a corner stone of the Western world as a blasted hellscape. 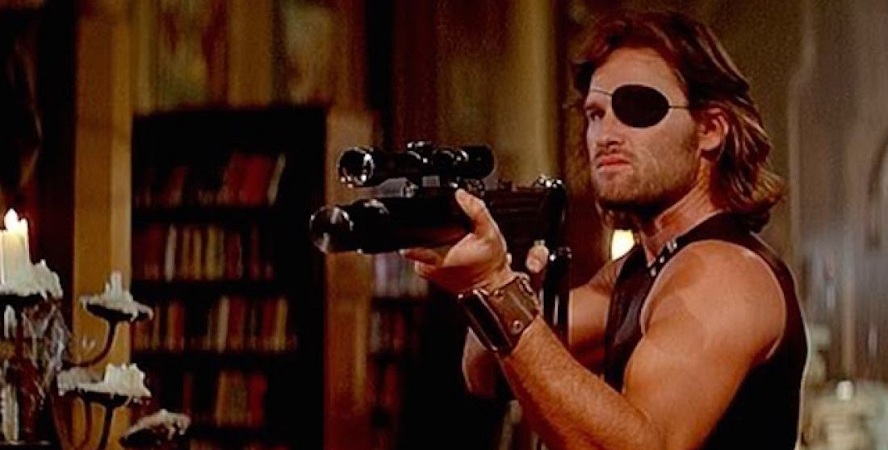 The film’s audio proves to be an interesting creation of Carpenter’s. Generally the scores by Carpenter are known for their synthy tones and Escape From New York does not skimp in this particular regard. Besides being a hallmark of a particular director’s style, there really isn’t much I can say about the film’s soundtrack. It does the job of punctuating the film’s emotional beats but it doesn’t leave much of an impression otherwise. It’s not something which I’d hold out as an exemplar of a cinematic soundtrack but I’m not going to denigrate it as a terrible example either. It’s competent, it matches the film’s general 70s aesthetic, and it gets the job done. 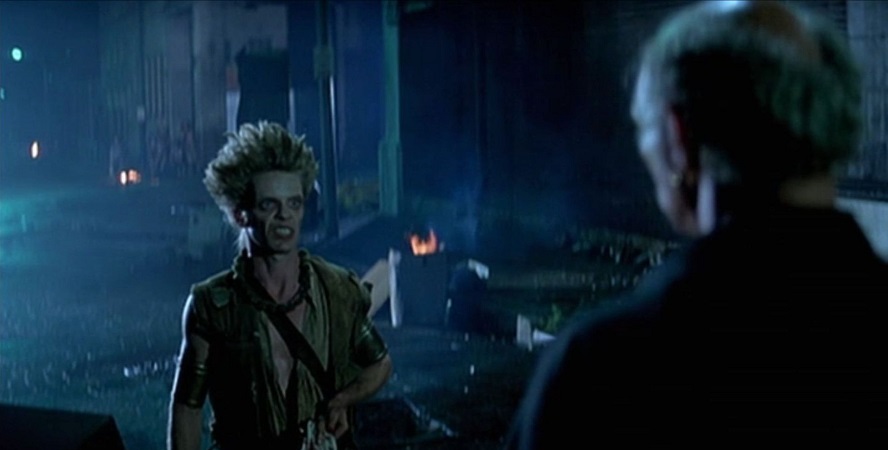 Escape from New York is an interesting film to examine in retrospect. It very much falls into the category of schlock action film with an inspired concept but limited script which often tells more than it shows of its characters. The visuals are generally drowned in darkness but shooting on location in actual ruined buildings was pretty cool. The soundtrack is a healthy dose of synthy tracks, as is characteristic of John Carpenter, but didn’t leave too much of an impression upon yours truly. Despite these many shortcomings, I found myself enjoying my time with this film very much. I can recommend watching it at least once for the sake of seeing a film which served as the inspiration for so much of our modern zeitgeist but I’m not sure it’ll hold up over multiple viewings…

Escape From New York is exactly as schlocky as you'd expect and thereby an acquired taste which may not be suited to everyone's palette.
7