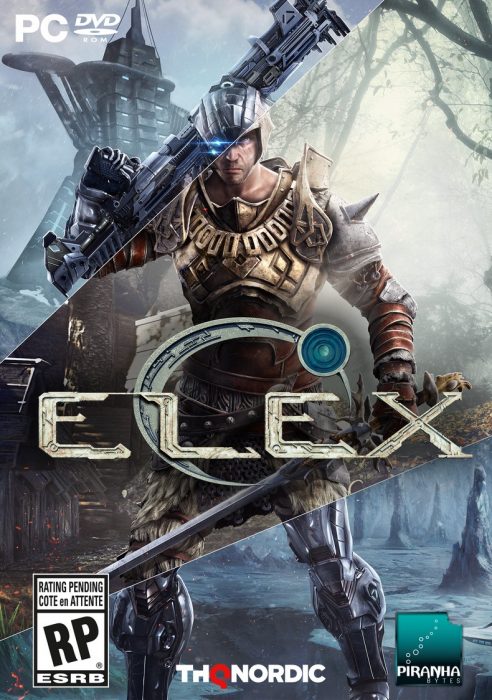 ELEX starts off with an interesting setting, mixing the old and new. Medieval and technological. Magic and raw steel. Already a ticket to success if that would be all that it takes for a decent RPG game. So let’s delve deeper to see if the setting lives up to my imagination as well as the other elements.

Enter the world of Magelan, a peaceful realm up until the point when one giant meteor crashed and killed all the dinosa-….wait, that’s not it. No dinosaurs to exterminate in Magelan, but it did create some significant damage to everyone and anything in it. It also brought something with it. ELEX (omg that’s the name of the game!). ELEX is a material that, depending on who uses it, can power machines, give the gift of magic or do some nasty things to you if you use it too much. Everything comes with a price. Speaking of who uses it, there are three main factions you’ll encounter (and sometimes fight against) in Magelan. Berserkers, Outlaws and Clerics. Then there’s also the big baddies known as Albs. Being devoted too much to this space crack known as ELEX, it left Albs emotionless and always in search to find and consume more of it. They manage to exercise some self-control since constant abuse of it would lead you to slowly turning into a blueish brain-dead zombie. You play as Jax, one of the members of Albs, who is left stranded in the wild by them after failing his last mission. While you’re lying down unconscious, someone managed to steal all your belongings (including that fancy Albs armor) but on the positive note, during that sleepy time you’re way less dependant on ELEX now. So after waking up, it’s time to find some basic equipment, get yourself familiar with everyone and everything in Magalan, gather some companions and bring more havoc into the already ravaged world. 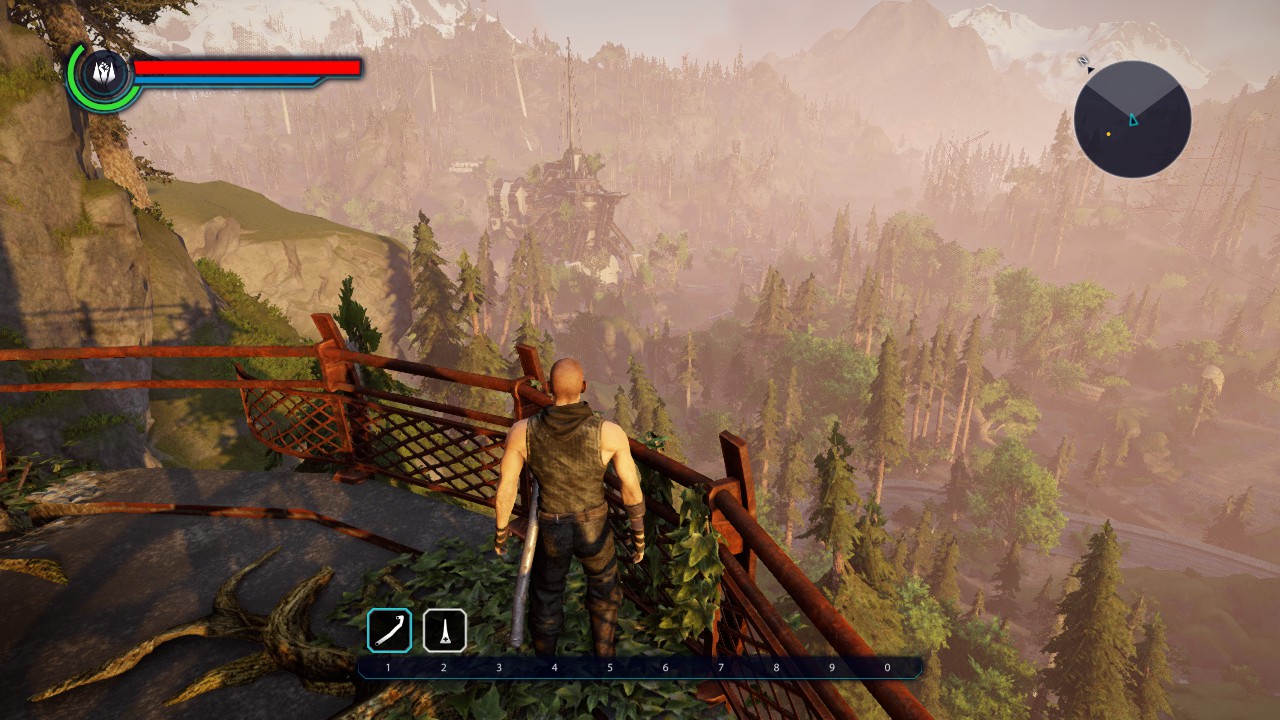 Combat in ELEX is a classic example of something starting nice but leaving much to be desired. Basic fighting mechanics consists of parrying your opponents, rolling out of their reach and combining basic & heavy combo attacks for good damage. That all sounds good if it weren’t for the clankiest combat in an RPG that I’ve played lately. Enemies will sometimes hit you even when it seems you’re out of reach so the best approach is to just circle around them till they use up their stamina (aka Dark Souls tactic) and counter with your combos. Regardless what kind of skills you choose to invest in, the combat always feel like it could be a bit faster. Or maybe everyone in the game is going through major ELEX withdrawals so they don’t feel fighting anymore, not to mention living. At least there is an unusual addition to your character having a jetpack so you can always just fly away from those sluggish fights (and trust me, pretty soon you will want to). Jetpack is a neat little gadget that helps you ignore the fall damage if you activate it just before the fall and cut down going down the mountain(s) significantly. Also, there is no danger in engaging with too many enemies for that sweet exp, since most of the big chunks of experience will come to you via solving quests. 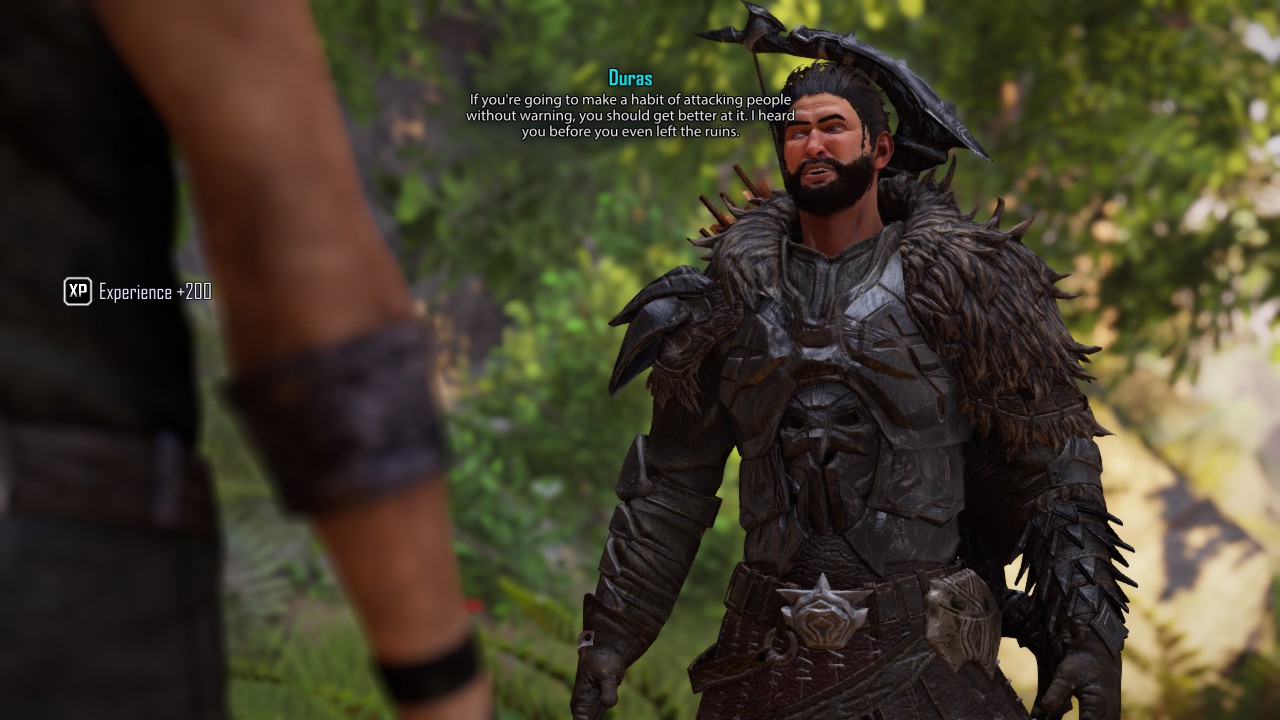 One of the things that devs of ELEX said is that the game has” completely seamless open world experience without borders and loading zones for the ultimate exploration experience”. And I have to say, it does feel great standing on top of the mountain and looking at some tiny dot in the distance (which is also a mountain), knowing that you can always walk/sprint/jetpack over it if you feel like it. The world itself feels incredibly alive, with all sorts of characters talking with each other as you pass by, walking around and doing their everyday tasks. Area design, as well the contrast between the territories of Berserkers, Clerics and Outlaws is really impressive. Character models, including Jax, are mostly well done. I say mostly since some of the male characters you meet early in the game, especially Duras, looks like they have been injected with an unhealthy amount of botox in their faces (but then again, is there even such thing as a healthy amount of botox?). 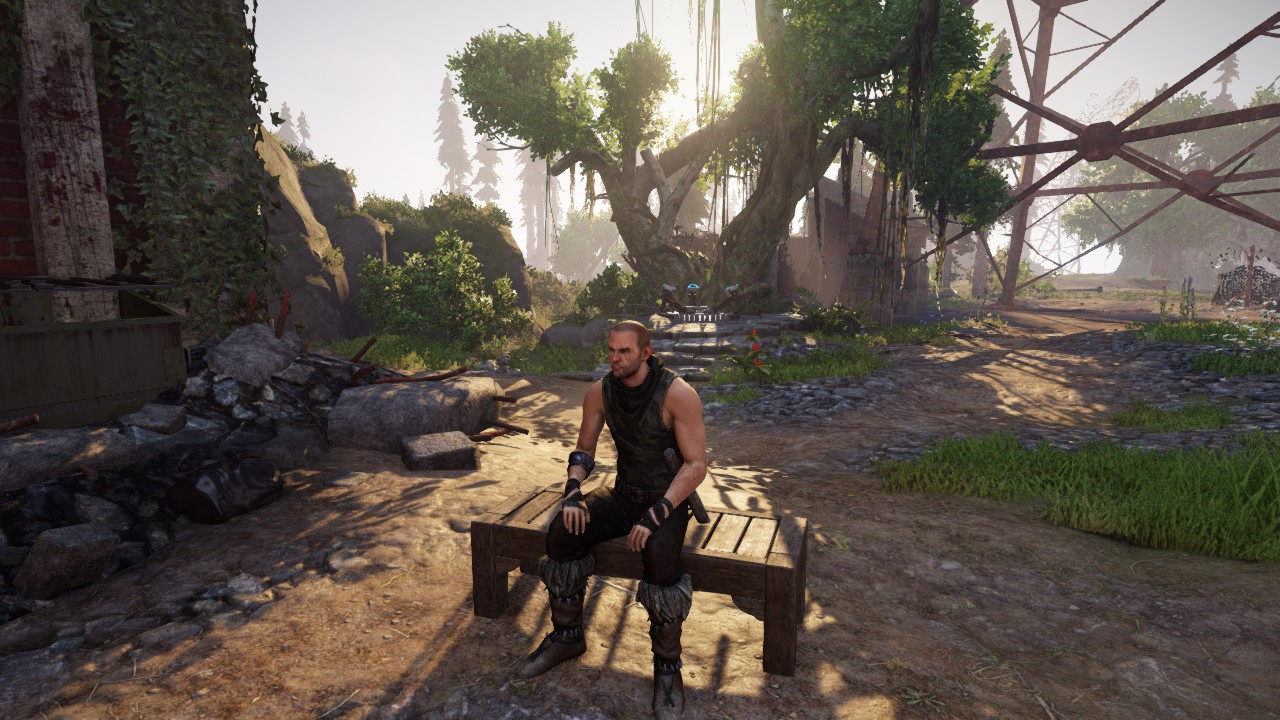 Voice acting in ELEX is exceptional, especially once you realize how many talking characters you can converse with and every voice feels unique. Never a moment of “hm, this NPC #31314 sounds awfully familiar like that NPC #88682 from 20 minutes ago”. The soundtrack is also top notch and it really compliments the incredibly rich world of Magalan. There are short moments where it gets a bit loud while you’re talking with someone which is not so bad if you pretend that the current conversation is happening during the nearby music festival. 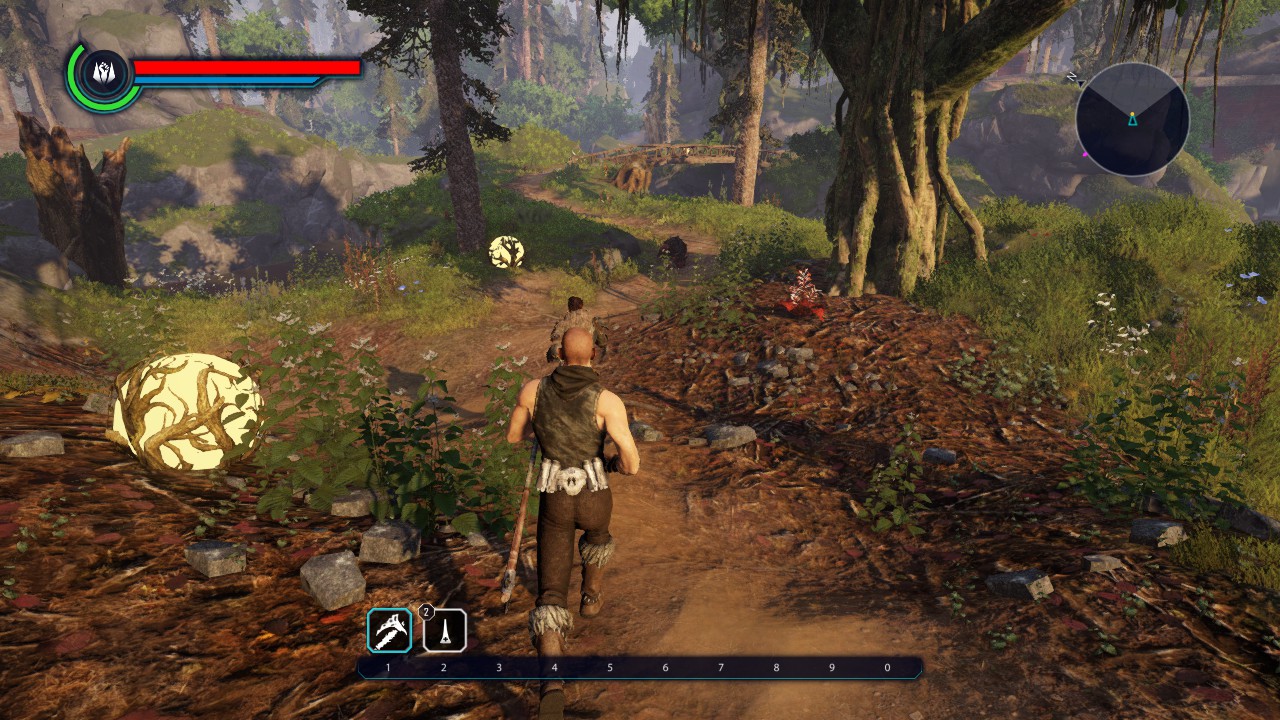 ELEX is one of those games that did so many things right and one not so right. I suppose it wouldn’t be a problem much if it wasn’t an element that means a lot to me. The gameplay.  The world, the soundtrack, the exploration….everything is there up to standards except the clunky combat. If you play your cards right, most of that can be bypassed just by focusing on getting experience from quests so at least the fighting won’t be as slow if you reach the point where everyone can die in 2-3 hits from you. The question is, will you have the patience to get there? Despite that shortcoming, I’m still in love with the game. It feels nice playing and seeing how you’re always left to your own devices, with the freedom to go anywhere as you please. It’s been a lot since I played in a world that felt so alive and vibrant as Magalan. I’m hoping that some future patches can polish the combat aspect a bit or make it enjoyable in some other way, cause it’s anything but that right now.

Rich and atmospheric universe in ELEX is held back by slow and outdated combat system.
7