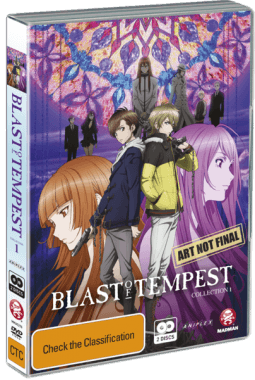 Overview
What happens when you take Shakespeare’s Hamlet and The Tempest and thrown them together into a magical anime world? Well you get Blast of Tempest, one of the most unique anime experiences you’ll come across in quite some time. It follows the tragic tale of two friends and the death that unites them. Former friends, torn apart by death, brought together by revenge. It is unlike anything else in anime and Blast of Tempest proves to be a mixed bag because of it. 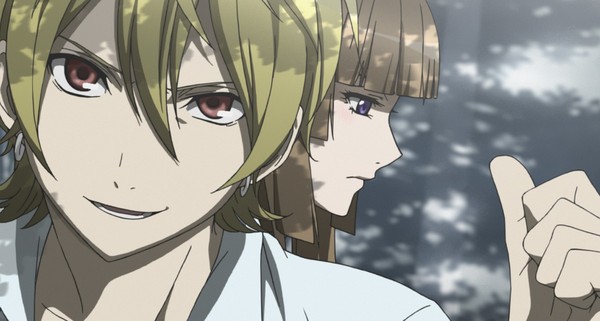 Story
Anyone who has ever come into contact with any of the works of Shakespeare would most likely have a good idea of what to expect from Blast of Tempest. As far as inspiration goes its quite clear that the original author held a great level of affection for Shakespeare and his body of work. The tragedy, revenge and dark take on romance are all staples of Shakespeare’s works and are all present here in Blast of Tempest.

From the get go, Blast of Tempest sets itself apart from just about any other anime with its Shakespearean allusions. The cast feels quite familiar if you’re familiar with Shakespeare’s works. Characters from Hamlet and The Tempest are alluded to heavily in our main cast of characters. While the tale itself is very much an original one, with a world of mages and the dark curse that is spreading across the land, there is Shakespearean undertones no doubt.

The story itself focuses around Mahiro and Yoshino, two friends both seeking retribution for the death of Aika, the sister of Mahiro and girlfriend of Yoshino. On top of that main story is several other simultaneous plot-lines revolving around mages and other parties. There is a lot going on here and at times it can be quite  a lot to take in. 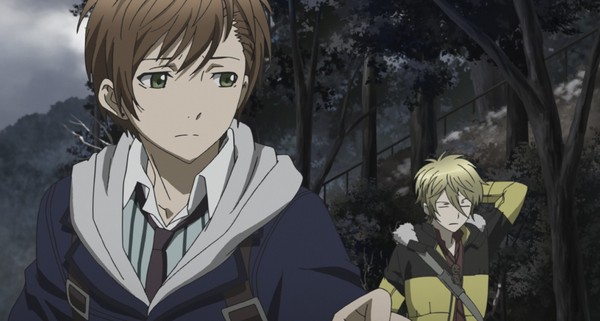 It must be said, the story-telling here in Blast of Tempest is nothing short of convoluted. There is so much happening at any given time that it is sometimes difficult to follow every thing that is going on. This is both a good and bad thing for Blast of Tempest. The good thing is that there is a great level of depth to the plot with many different interwoven stories playing out at once. It is also a bad thing because the execution is somewhat haphazard coming off more convoluted than it does sharply written.

In spite of all that, Blast of Tempest proves to be a very intriguing anime series, with a lot of layers worthy of analysis. The material may only be inspired by aspects of Shakespearean work but it is just as thought-provoking and emotionally satisfying as the works that it alludes to.

This first collection covers episodes 1-12 and leaves viewers hanging in a pretty big way. Its a great way to end this first part of the series and it ends in a way that will leave you begging for more. Blast of Tempest is undoubtedly a highly engaging anime series and this first part is one hell of a way to get the ball rolling in the world of Tempest. 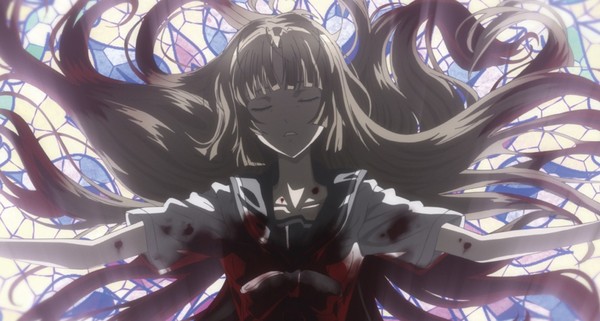 Visuals and Audio
In terms of visual aesthetics, BONES have done an incredible job adapting the Blast of Tempest manga. The animation is sublime like poetry in motion, with several instances of jaw-dropping sakuga animation work. The art style and character design is super slick and bursting with style. This is one good looking series to say the very least.

As for Blast of Tempest’s soundtrack, we have an great array of musical compositions that add to the action on screen with a deft hand and pin-point precision timing. To add to that the series features a great opening and ending theme. The opening theme in particular features English vocals, in what makes for an great rock tune to open out each episode.

This release features Japanese audio only unfortunately, leaving no English dub on this release. For some this won’t be of any consequence but for those looking for an English dub experience, the best thing to do would be to wait it out for an eventual English dubbed re-release, not unlike what Madman has done in the past for Blue Exorcist.

Extras
As far as special features, this is a fairly bare bones release unfortunately. Other than the first 12 episodes of the series, this release only comes packed with a clean opening and ending song and the usual trailers. Considering the fact that this release does not include an English dub, this is by far one of the most bare releases Madman has done in quite some time. It is a little disappointing, but the overall quality of the series is enough to warrant a purchase. Sadly the best advice I could give to those wanting a definitive release of the series would be the to wait for a future English dubbed release because if Blue Exorcist is anything to go by, that future release will come with more content than this subtitled only edition. 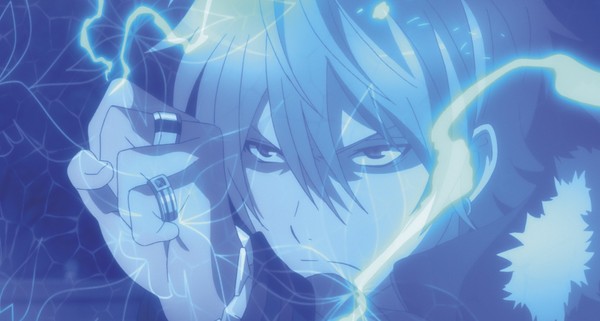 Overall
Hamlet and The Tempest are known as some of the greatest works of literature in human history. They have stood the test of time and it is no wonder that these works serve to be such an influence for Blast of Tempest, a tale of retribution in a cruel world. I can safely say that Blast of Tempest is one hell of anime experience, unlike just about anything we have seen in anime before. The Shakepearean allusions make for an interesting mix of an anime.

While Blast of Tempest can lean towards convolution at times, there is some really interesting concepts at play here and the interwoven plot-lines are layered and brimming with intrigue. Blast of Tempest is one of the freshest anime series in years and well worth the watch for that alone. The plot is a lot to take in at times and is ultimately a mixed bag but if you’re into something complex and highly detailed, Blast of Tempest might just be the blast of anime that you need.