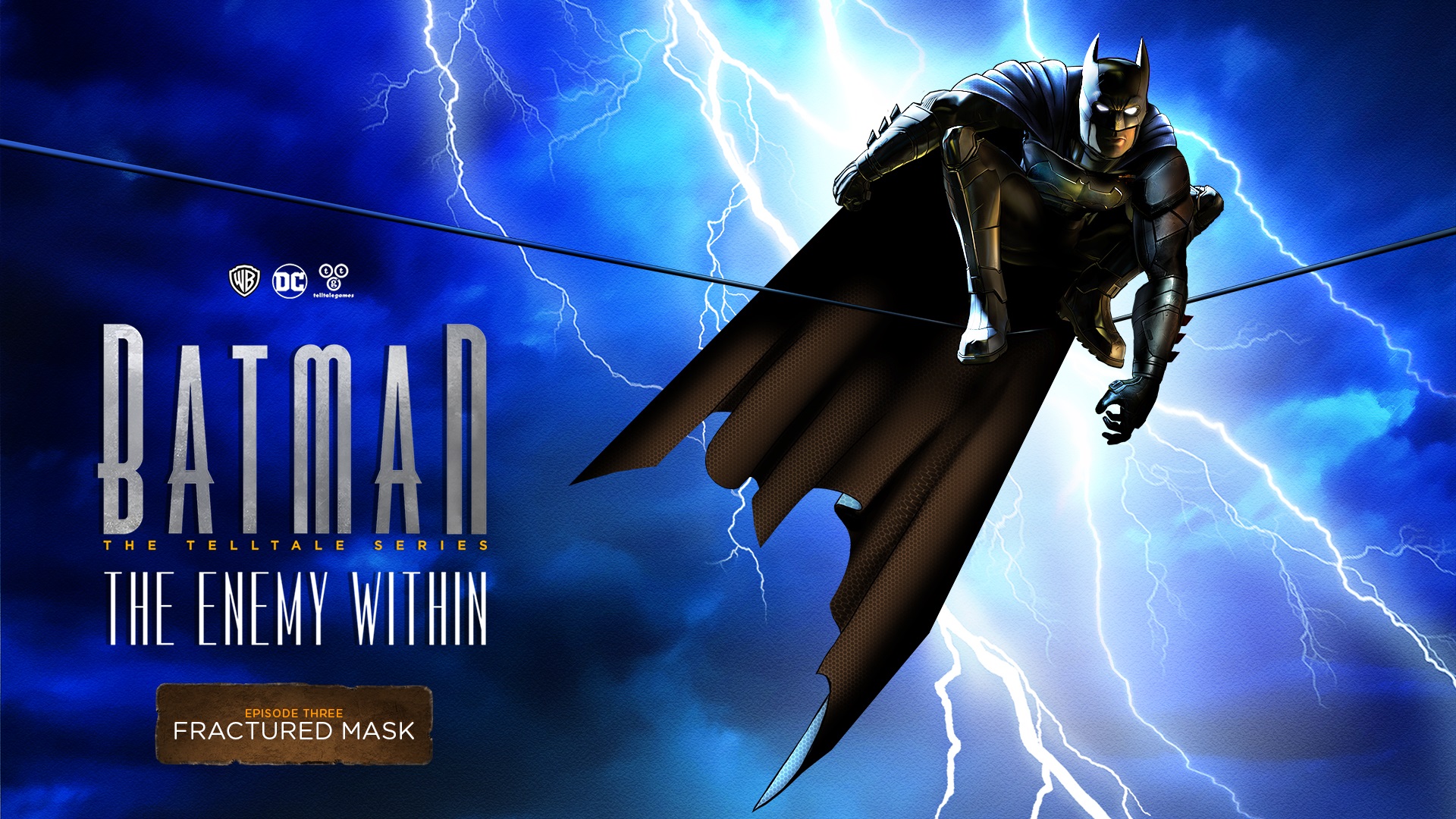 Batman: The Enemy Within – Fractured Mask

Perhaps one of the biggest strengths that Telltale Games has to work with in Batman: The Enemy Within is the fact that they have created a storyline where Bruce Wayne and Batman have equal impact on the storyline whereas other stories focus primarily on Batman. This is far more evident in this second season and continues to be the case with Batman: The Enemy Within – Fractured Mask as most of what threatens Gotham requires a far different approach than what the Bat often takes.

With this being the third episode of Batman: The Enemy Within those who read beyond this point should expect there to be spoilers regarding certain twists and reveals that have occurred throughout the season thus far. As such if you have yet to play the season yet, be prepared for some major events to be discussed. 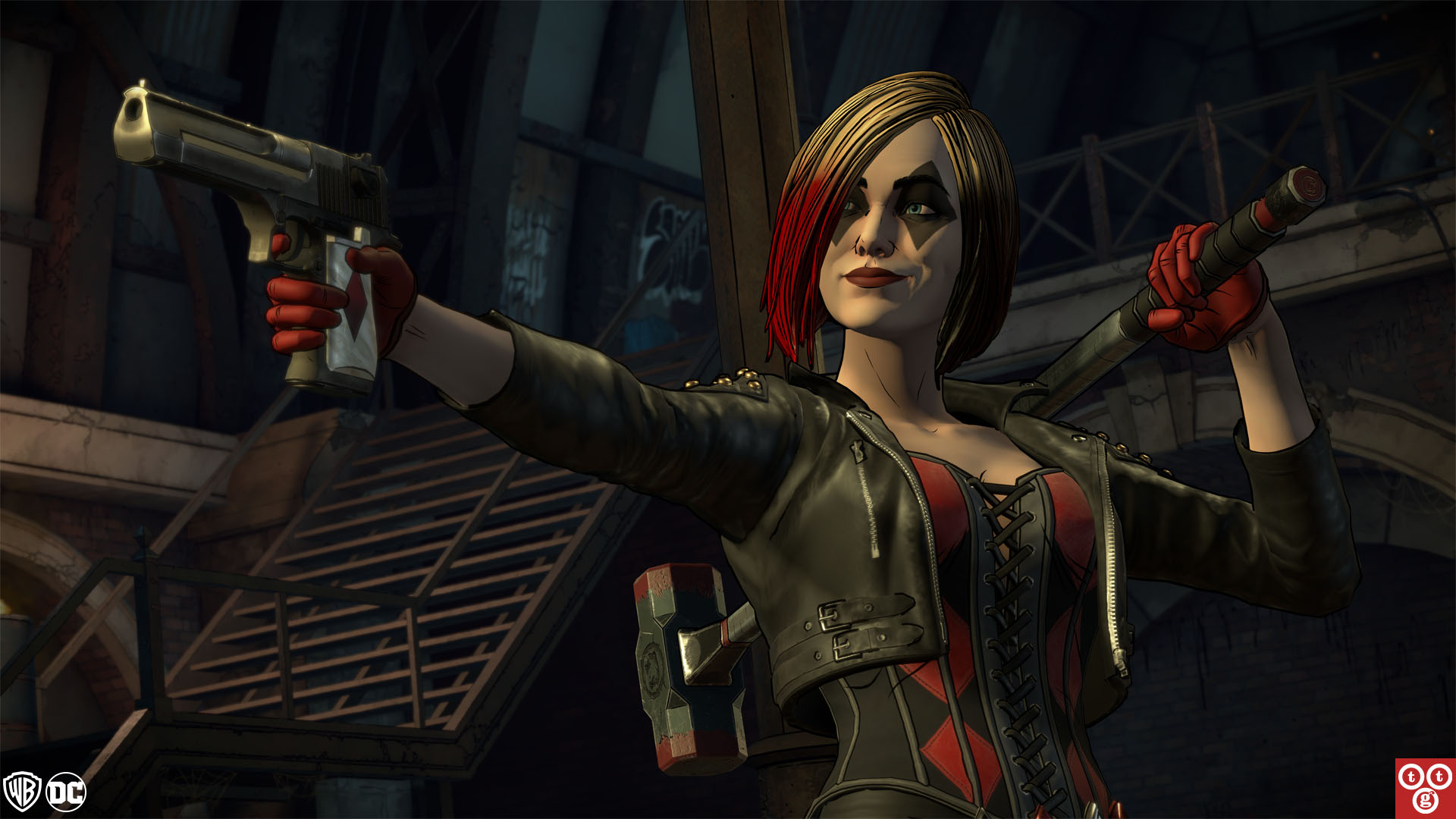 When we last left Bruce he and the Pact had just managed to pull off a heist with the reward surprisingly being the Riddler’s body in a frozen container. To make things even more shocking, Catwoman also dropped in on the group to reveal that she has ties to the Pact as well. This episode begins immediately after both of these reveals with Catwoman revealing that she is helping the Pact develop special goggles that will help the criminal gang continue Riddler’s plan despite his untimely demise.

The big problem is that Harley Quinn doesn’t really know what the true goal for Riddler’s plan was and this makes things quite difficult regarding Bruce and the Agency’s plan to stop them. As such it is up to Bruce, John Doe, and Catwoman to work behind Freeze and  Bane’s backs to uncover the target of Riddler’s heist. Of course with a mixture of Catwoman and Bruce trying to keep their past and true motives a secret and the tenuous relations tying together a band of villains such as the Pact, nothing is ever easy.

It doesn’t take long in this episode before Bruce and Catwoman can begin catching up with one another ever since she disappeared back near the end of the first season. Players can continue to play the game of “cat and bat” if they so choose as pursuing a relationship with Selena is still entirely viable though she has her own reasons for interacting with these criminals and isn’t going to put her feelings ahead of learning what changed Riddler from the man she knew into the psycho that died on the boat in the first episode. 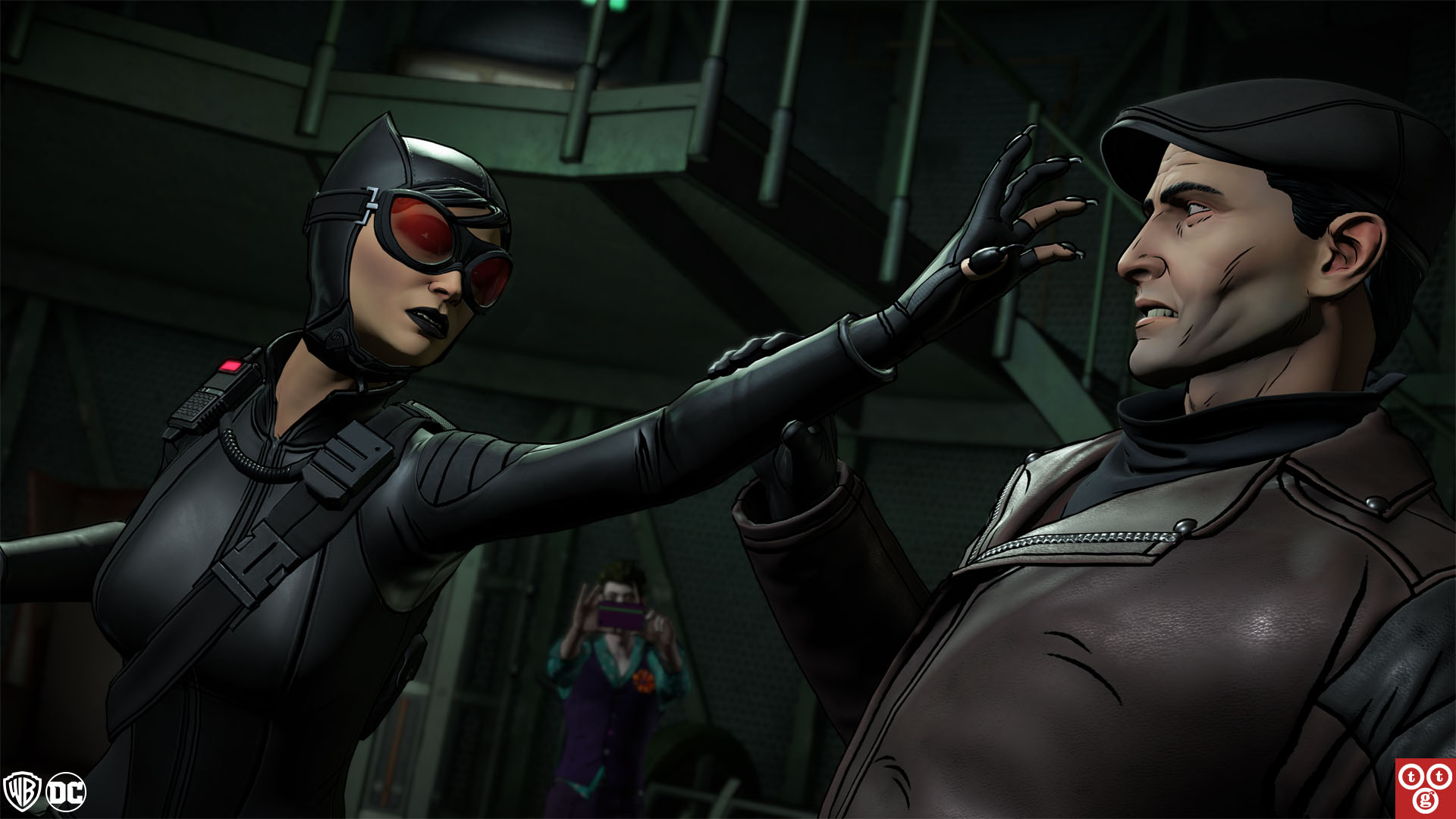 In fact, much of what makes Fractured Mask interesting isn’t the slow advancement of the plot as we learn the location and objective of the heist but Bruce’s interactions with all of those around him. Not only are we given a brief showing of Detective Bullock for fans of the series, we are also given chances to interact with Tiffany, deal with Gordon as both Batman and Bruce, and continue to try to see just how far John is willing to go for his “best friend” Bruce. In many of these regards we see these relationships developing in a fashion that players finally want to see, with Tiffany being the most obvious but also the most welcoming interaction should players take that route.

As for Gordon we see his constant struggles against the threats in Gotham weighing on his shoulders with the Agency holding him back at every turn, leading to some frustrating developments regarding his opinions of Bruce. John on the other hand continues to delight as a character so close to the fringe that he remains completely unpredictable. Depending on your choices this episode players can interact with him in a variety of ways that may vary from another’s play through making for a unique enough experience.

With this episode we see actually very little in the way of exploration or choices that allow you to tackle a situation as either Bruce or Batman. Instead we have an episode that features a great mixture of combat and dialogue sequences. It is worth noting that there is a bit of a puzzle included in this episode but it is incredibly simplistic in nature and something of a disappointment since it is the last one left to the world by Riddler. 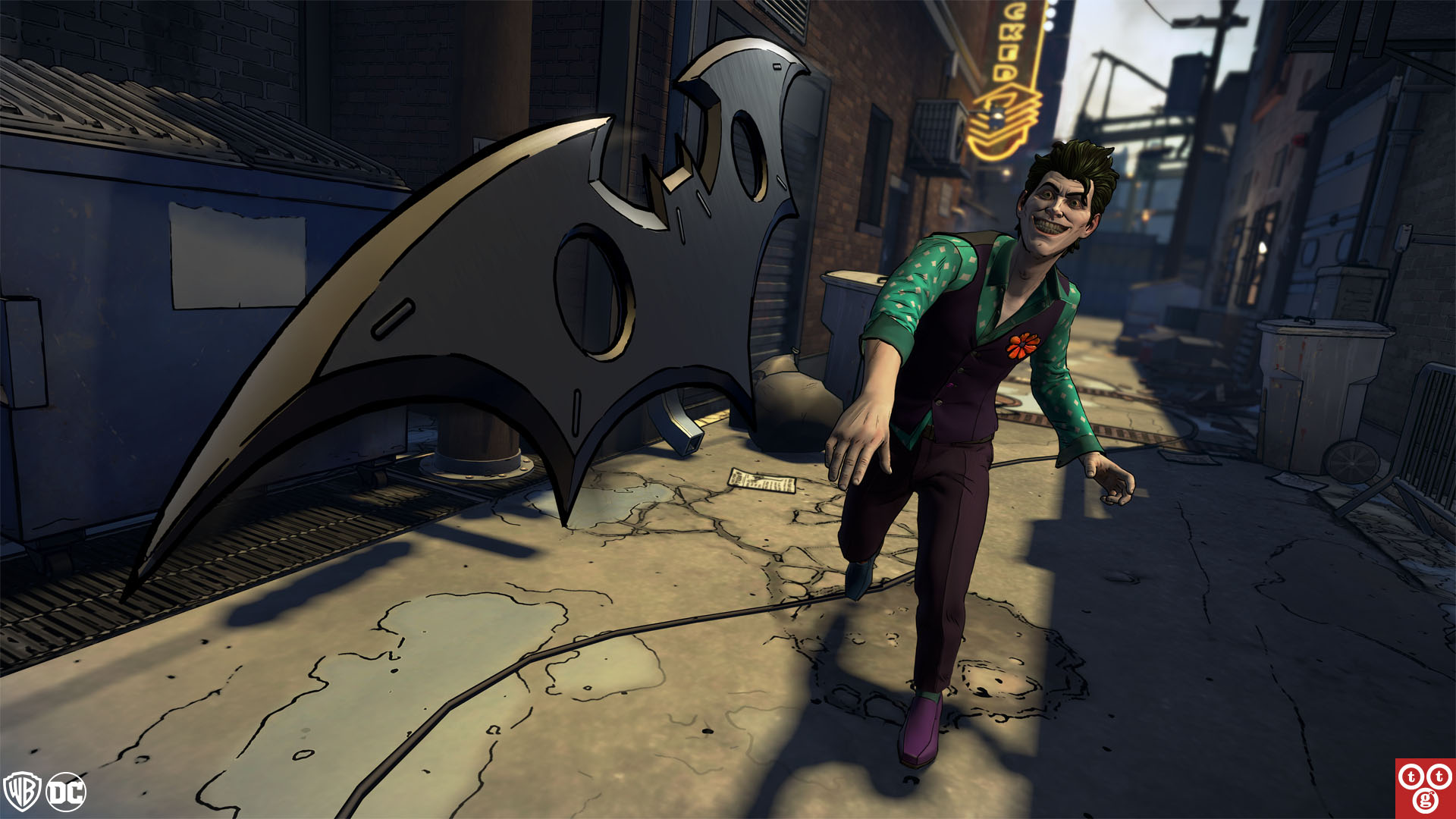 One thing that also really stands out this episode is how varied certain events can be depending on the choices you make. Whether you choose to trust Catwoman or John and select various other dialogue choices throughout the story can add or remove complete parts of an episode, leaving players a real chance to see just how different things can play out from one another depending on what they chose.

As per usual with Telltale’s take on Batman the action sequences are choreographed to look amazing in motion, this is especially true for the few fights that you may or may not have with Catwoman. On the downside of things we see very little in the way of new areas in this episode meaning that those looking to see new areas of Gotham will be a bit disappointed. 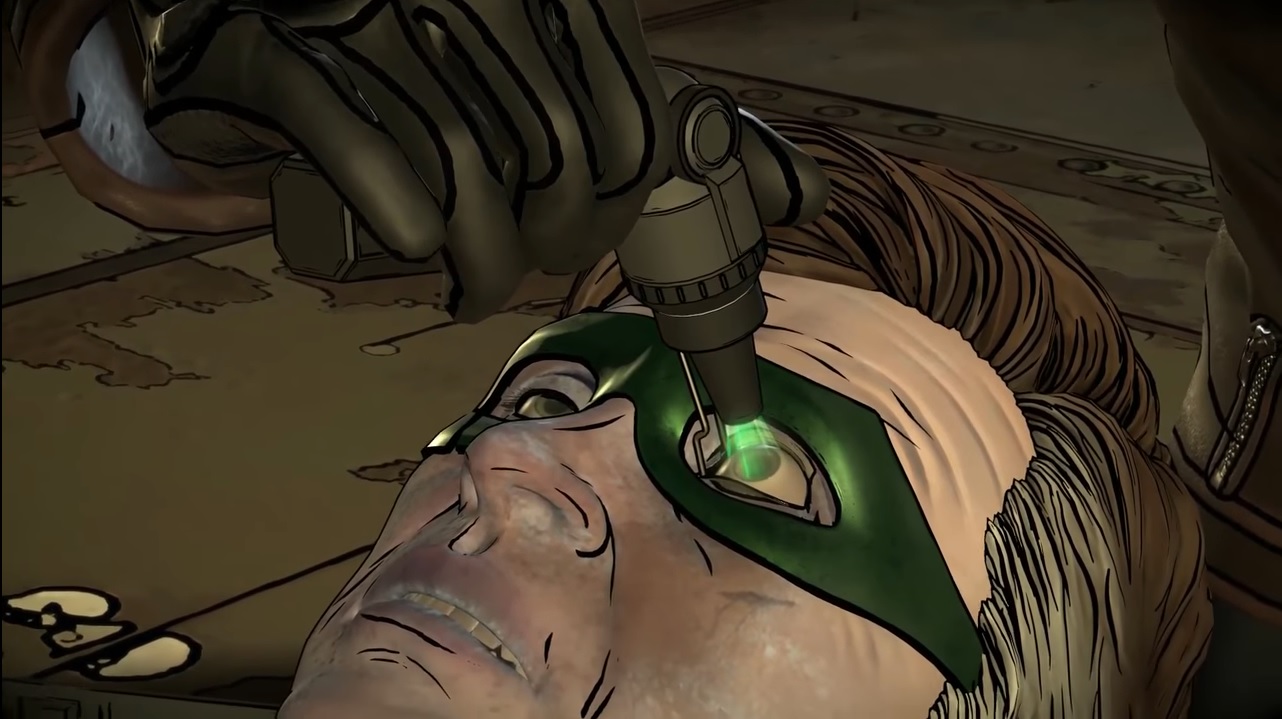 The voice work for the cast of characters remains strong with all of the voice actors handling their roles well enough, though John really continues to stand out as his personality continues to shift ever closer to who fans know he may become.

Batman: The Enemy Within – Fractured Mask may not advance the core storyline a whole lot and does end rather abruptly but it does focus on one of the most interesting aspects of a Telltale game, the web of relationships that have been built around the main character. In this game, with both Bruce and Batman having different complications as they interact with characters, this element is at its best and exploring these relationships and seeing these characters develop makes for an interesting story no matter how little it is advanced.

Batman: The Enemy Within’s main storyline may not advance much this episode but the developing relationships and characters around Bruce Wayne make for an enticing episode that will leave players struggling with some of their decisions.
8