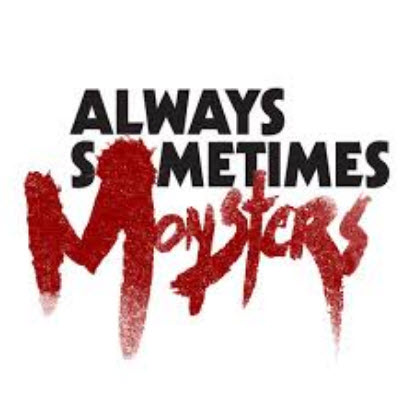 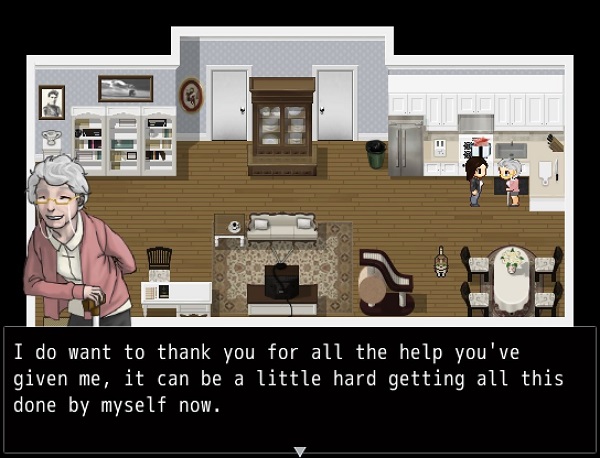 Always Sometimes Monsters is the latest title developed by Vagabond Dog and published by Devolver Digital, who were also the publishers of the upcoming title Heavy Bullets. Always Sometimes Monsters is an interesting game that touches on the frailties of human life and how everyone has a side of them that may be monstrous and evil, even if they don’t expect it. The game was released on May 21st, and is available on the PC. The story in this game is simple at first glance, yet it really opens up into something much more complex. Play as any character in the beginning, and watch as you try to win the love of your life back, or earn enough cash to pay for rent for just one more month. The game has a huge amount of choices and paths for you to take, and each one will dictate where you end up and what relationships you create. 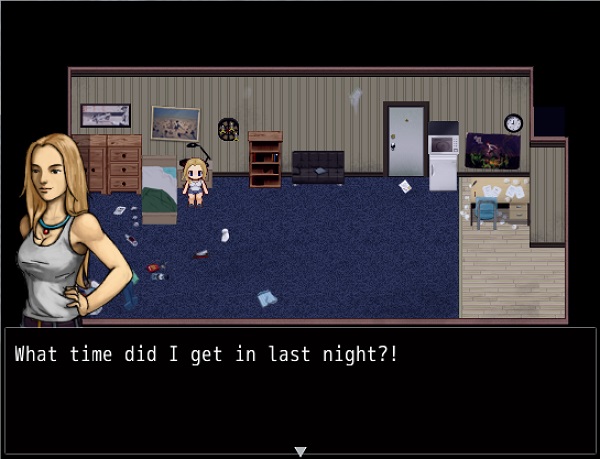 One of the greatest aspects of this game for me is the wide breadth of options you can take when traversing through the gameplay’s progression. I can pick a young, enthusiastic girl as my main character, or a wistful, older gentleman as my character. The game accommodates each one of these characters to provide a different story-line, though it basically boils down to you breaking up with your significant other, your lack of funds to pay for rent, and your inability to get a job. That all changes once the game starts, and you set off on your own path. The game is unforgiving, and if you make the wrong choices, there is a possibility that you will lose. The game does not hold your hand at all, so figuring out what choices you should make is important. 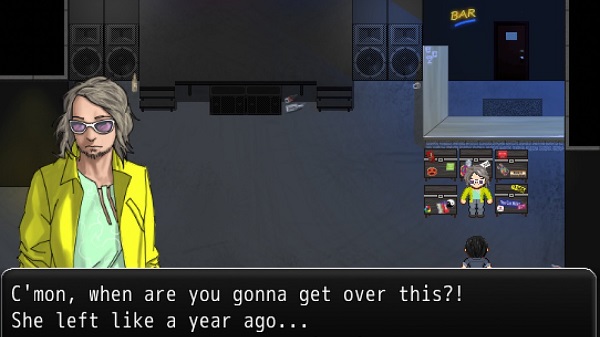 An important theme in Always Sometimes Monsters is defining your moral compass. Do you throw your friend under the bus to get ahead? Or do you stay loyal and possibly lose your one chance in life to amount to something? These are the choices you have to make in the game’s situations, and it really allows yourself to see what could happen if you decide to be a certain way. The game’s combinations allow you to choose a hetero or homosexual relationship, a life of deceit or honesty, and many other options. It’s incredible to think of just how many possibilities there are for the game, and each one is a completely different experience that tests your mettle and your sense of right and wrong.

The game plays like an RPG, with your movement keys being binded to the directional pad. You can navigate through the level by walking up to objects and NPCs to interact with them, providing you with text that explains what you can do and how you can react to the NPCs responses. As stated before, you can choose any character, regardless of gender, sexual orientation, or age. Whether you want to play as a young man with hopes and dreams, or an old man who is wise and knowledgeable, the game sets the tone for you in many different ways. 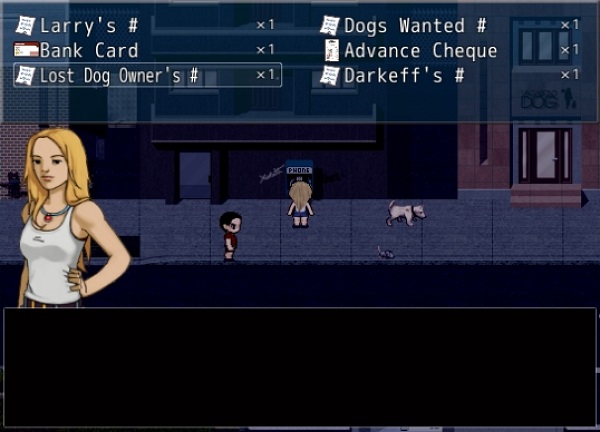 I chose to play as a young female lady. I actually had no idea what exactly was going on when I first started playing, so apparently talking to certain people counts as choosing your character and their significant other. I chose the young blonde female, and decided to speak to another female, who ended up being my partner. One thing that could be significantly improved is a system that lets you know what is going on, especially in the beginning. Dumping us into the fray without any assistance might replicate a certain realistic flair of the real working life, but I have to admit, it caught me off guard. 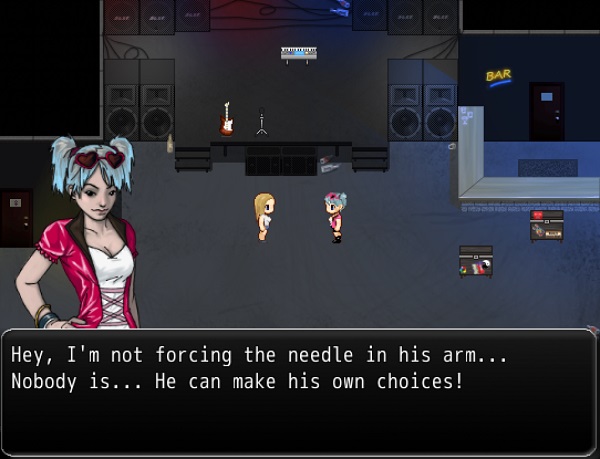 The visuals are nothing spectacular to speak of, though I feel like the artistic choices made for Always Sometimes Monsters was perfectly in-line with the feel and atmosphere of the title. Never did I feel like the graphics were underwhelming or overly eye-catching. The artwork for the characters and their background is simple, yet completely immersive. Each character has a different back-story and it really adds to how you view your own character when your progressing through the levels. The audio was actually nice and helped set the tone for the entire game. There were moments of plain music that I felt didn’t really fit the bill, but other than that, the music fit really nicely with the game.

I enjoyed this game immensely. Always So777metimes Monsters is definitely a title to keep your eye out for. The game pushes the boundary on how you view yourself and others. Do you have what it takes to make tough decisions to benefit yourself? Are you a person that can’t handle the pressure of lying to others? The game has the ability to reflect these personalities, and you can really see it in the choices you make. The game is amazing, and besides a few slow spots in the story line, I can’t imagine another title like this.