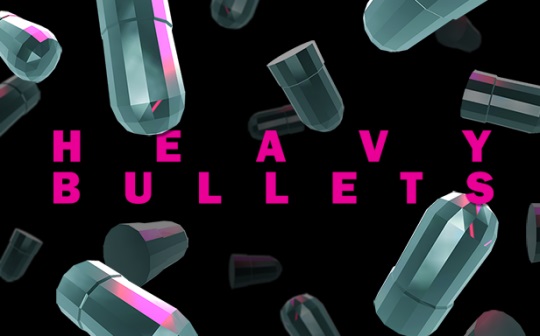 Heavy Bullets is an exciting FPS dungeon crawler being published by Devolver Digital, the publishers behind Broforce. Developer Terri Vellmann created a wonderfully colorful yet dangerously deceptive dungeon crawler. In all of its glory, Heavy Bullets provides users with an intense gameplay experience as they battle their way through eight levels and two bosses in attempt to shutdown the security mainframe. With little creeps that try to chomp away at you at every turn and malfunctioning security bots that fire rounds at you constantly, Heavy Bullets will test your reaction times and courage. The little creepers will rush at you the minute they see you, so your reaction time will be the only thing that will save you. There is no real backstory to the game that they provide. Basically, your goal is to shut down the security mainframe and reset it. 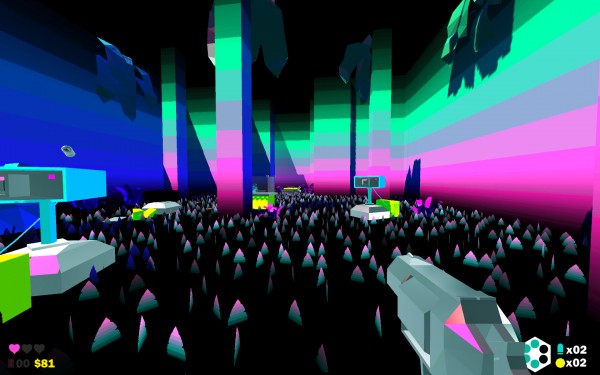 At the beginning of the game, you will start off with nothing but your trusty revolver and six bullets. The funny thing about this is that you have to constantly pick up your bullets after you fire them off, which means that if you pop all your shots and don’t have any spare, you’ll be dead very soon. This mechanic is actually very interesting. It adds a new level of depth to the game, one where you have to consider why you’re about to shoot your gun and how frequently you do. If there’s multiple enemies in the vicinity, you can’t just go spend all of your bullets trying to take out one mob. Bullet management is really important in Heavy Bullets, and you really feel the importance of such a mechanic.

There are also items scattered around the separate levels, each providing a unique buff or activate skill that will help you in your journey to the eighth level. The items might range from homing bombs to repellent, but you have to decide what item is the most useful for any given situation, as you are only given one slot to hold the item. Items can be picked up as you uncover the nooks and crannies in each level. 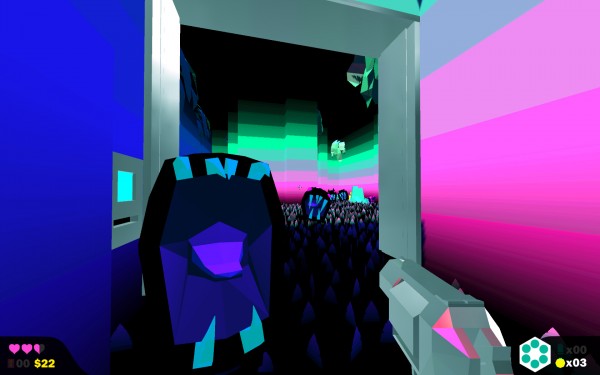 Every level is unique and created to make it as tough as possible for you to survive. You will never meet the same level twice, and every round will be a completely different experience for players as they battle their way through the colorful plethora of plant life. The randomly-generated levels gives the title a completely different twist to it, and makes the game a little bit more difficult to traverse. There is some hope, however. Even though when you die, the effects are permanent, you can invest in your next gameplay experience by depositing the coins you earned into a bank that can be accessed from certain points on each level. You can also purchase life insurance and a last will to carry your items over to your next attempt. At least these measures will create an easier experience for a player to get back up to their most current level. 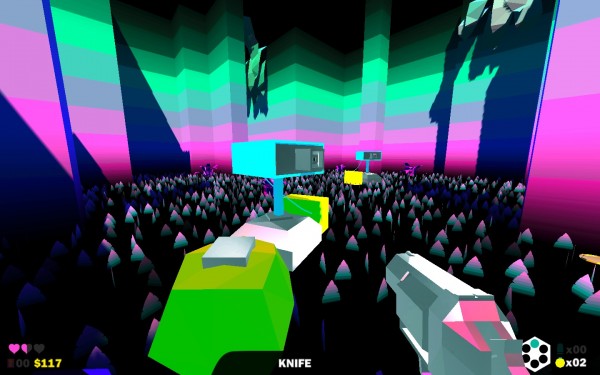 While the game is being presented as an early-access title, it is nearly fully developed, with the main additions and changes only being made to the minor things such as items and bug fixes. The game is pretty much completed, so I had a chance to get a good look at the true gameplay nature of it from start to end. Sadly, I was unable to make it all the way to the eighth level on my attempts, but I did gain a lot of insight into what was going wrong with my attempts. As stated before, spray-and-pray methods of shooting will yield you poor results, as you have very limited bullets, unless you move quickly and can pick up and reload your gun before the mobs catch you.

The sound effects and music are kind of annoying, and aren’t very refined, but it will be fixed as the final release comes out. The aesthetics of the game are amazing, however. I have to commend Terri Vellmann for creating an amazing title that has a lot of potential. The graphics are captivating and very easy to look at, while not being overly intimidating. This rogue-like FPS is unique in its approach, and is certainly a force to be reckoned with when comparing it to other rogue-like FPS’s. The entire atmosphere of the game creates an undeniable sense of panic and excitement as you try to reign in your fear from forgetting to reload your gun when you encounter a killer mob.

All in all, this early-access version is definitely worth looking at. If possible, purchasing the title will probably yield rogue-like FPS enthusiasts a few hours of fun that is unique to other titles. Heavy Bullets will be available on the PC, Mac, and Linux, and should be completed rather soon this year. Check out their Steam page from the link above, and make sure to follow this intriguing title into its final stages of release. 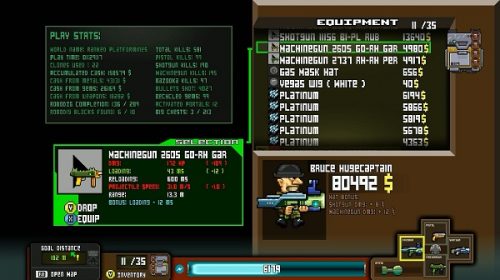