One thing that FromSoftware has always excelled at was creating a path for players to travel through, battling their way through foes or running from them in search of the next safe area in an attempt to move forward. As such when it was revealed that Elden Ring would be moving away from the more linear design and instead embrace an open world for players to explore and fight in, many wondered just what to expect and the Closed Network Test that was held recently by Bandai Namco focused almost entirely on showing off that even though the world might be far more open than before and plenty of quality of life changes have been made, those familiar with FromSoftware’s Dark Souls games will still feel right at home.

At the start of the network test we were given an option of five pre-built characters to choose from and selected a hybrid sort in the form of the Bloody Wolf who came equipped with heavy armor and a bastard sword imbued with a lightning ability and Thunderbolt weapon art. Obviously in the full build players will be able to create a class from scratch but I digress. Elden Ring dropped me into the game after a short introduction and offers either an immediate door to the open world or a short tutorial area that goes over the various mechanics and some of the quality of life improvements that have been implemented. Whether this is simply for the test or will be treated similarly in the final build to allow longtime players with a way to skip the tutorial is unknown.

Upon leaving the cave the first thought was that, oh wow this is a lot to take in. The world of Elden Ring is seemingly massive in size when stepping outside for the first time but it quickly begins to feel a bit manageable thanks to the “Sites of Grace” that work as bonfires. A “Site of Grace ” is used to refill healing flasks, eventually level up through the help of a maiden, and even modify some of your weaponry skills. This means that the aforementioned Bastard Sword with lightning can be swapped from a normal blade that can cast Thunderbolt as its skill can now also deal lightning damage with every strike should the player choose. At the same time any other weapon skill found throughout the game can be applied to a weapon and relearned as needed, providing plenty of easy customization that allows for players to be far more versatile than before.

Sites of Grace serve another important function as well, fast-travel. Every time one of these is activated, outside of a dungeon of course, players can then choose to instantly fast travel to them as long as they are not in combat and with the Xbox Series X the load time between areas is less than two seconds. Players can easily mark down points of interest on the map and follow pre-set waypoints should they plan out their path but it is entirely possible to simply wander around the world of Elden Ring and find mysteries and hidden dungeons galore. These mini-dungeons include mini-bosses that reward players either with useful skills or items and even if it feels like you may be getting lost, most Sites of Grace give off a faint light pointing towards others in the area.

Another aspect of the open world and traveling around it is both the fact that players can actually jump now, making moving around certain areas far easier than they would otherwise, and the ability to ride a horse eventually. The “Spectral Steed” as it is called can be summoned to navigate around the map quickly and can really change up how some fights are handled as mounted combat can be difficult to master but feel incredibly rewarding. We encountered a number of other mounted foes, including a mounted area boss and a large area boss meant to be fought on horseback though it is entirely possible to simply jump off of the horse and take these foes on foot should the player choose.

Speaking of combat, as usual when players die and drop their Runes (Souls) they now will have the option of either returning to the most recent Site of Grace that they visited but now players can also choose to revive at a “Stake of Marika” if one is nearby to where they perished. These stakes are smaller statues that serve as something like checkpoints that generally appear to be placed right before massive enemy encounters or right before an area boss, giving players a bit of a reprieve from traveling long distances. As for the actual combat, there is now a quick counter attack option for melee builds allowing for players to block and follow-up with a strong blow to an enemy, though these attacks can be just as risky as anything else. It is also worth noting that, at least in this Closed Network Test, there is already an immense level of customization available to the point that there are some rather absurd looking builds that players can put together. We acquired various “ashes” that can summon spectral phantoms in various locations and during boss fights, using the phantoms to serve as distractions and help chip away at a foe’s health. In fact, the strongest foe available in the Test was defeated probably long before I should have been able to with the assistance of three spectral wolves, thunderbolts, and plenty of stagger attacks combined with a fair share of luck with dodging various incoming attacks.

There is even a customizable potion that can be mixed at will and replenished at a Site of Grace that can be modified to heal health, boost stamina, raise magic, or even explode when drunk, giving players a ridiculous level of customization. Along these same lines it feels as if items can begin to play a larger role in combat should someone choose as it was possible to purchase recipes and craft things such as firebombs, weapon coating, and throwing knives using items gathered from the world like flowers or from slain wildlife or enemies.

Just because Elden Ring offers an open world and plenty of unique experiences in this area doesn’t mean it isn’t afraid to tighten things up when necessary. As mentioned before the mini-dungeons are smaller affairs that see players battling in tight quarters, unable to summon specters to their side outside of a boss fight, and this is true even when exploring other tighter quarters. These more traditional zones strike the balance between what fans have grown familiar with with the various quality of life changes made at the same time.

Elden Ring‘s take on an open world RPG is one that feels overwhelming at first, even relegated to just a Closed Network Test, as there is just so much content to discover to the point that even when we spent countless hours seeing what else there was to offer, we still managed to stumble across a random NPC that we never noticed despite riding past them multiple times before.

Our time with FromSoftware’s latest title may only be scraping the surface but with the amount of quality of life changes and new features we’ve seen so far, Elden Ring has all the makings of being FromSoftware’s best game yet though whether that will be the case won’t be known until the game arrives in February 2022. 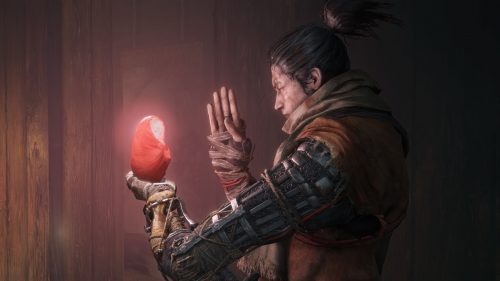