Nickelodeon and Paramount Pictures released a new trailer and movie poster for their upcoming film Paw Patrol: Jet to the Rescue. The new trailer introduces viewers to the film’s plot and the Paw Patrol’s new high speed hardware.

The new film is set in Barkingburg where the Duke of Flappington has stolen a set of gems that causes objects to levitate. He is now on a dastardly plan to raise Barkingburg to the sky so he has his very own aerial city to live in. With Ryder in jail, Skye will rally the remaining team members to take on the Duke with a little help of PAW Patrol’s new fighter jets.

Paw Patrol: Jet to the Rescue is set to hit Australian cinemas on September 10. 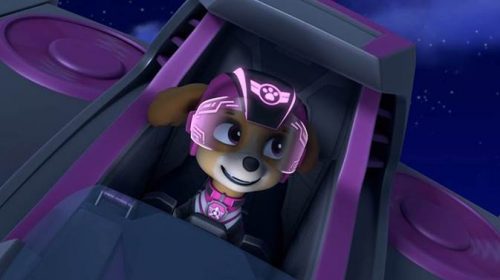