Those who may want to see what the Shantae series was once like many years ago will soon have a few new platforms to play it on as WayForward has announced that the 2010 Shantae: Risky’s Revenge – Director’s Cut will be coming to both the Xbox One and Nintendo Switch digitally this fall season with a limited physical release being don for the Switch version of the game through Limited Run Games.

When released, Shantae: Risky’s Revenge – Director’s Cut will be priced at $9.99 and feature a number of upgrades to the original release such as HD character portraits, improved navigation features, and an unlockable “Magic Mode”. To put a stop to her nemesis Risky Boots, Shantae will need to explore a number of unique environments, transform into creatures with unique abilities, and more. 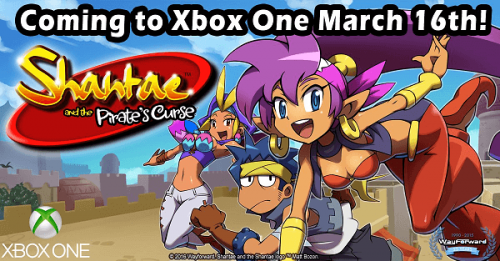