Drox Operative 2 puts players in the middle of a 4X game as one of the many mercenaries that inevitably dot the landscape. As a member of the Drox Operatives, the focus is purely on ensuring the continuing survival of the Drox Operative guild at all costs, whether ensuring the victory through a willing partner, negotiating peace throughout the galaxy, or other less direct means to victory. The game is currently in alpha on Steam Early Access, with a full release expected in nine months time.

The writing in Drox Operative 2 is decent so far. The world’s lore is a combination of older, more established races that are properly fleshed out along with newer randomly generated young races. The writing is on par with other 4X titles in terms of length. Diplomatic discussions make up the bulk of the dialogue, and it tends to be short and to the point.

Drox Operative 2’s gameplay is unique. It captures the essence of the 4X experience without any of the complex kingdom management. Instead, players use a combination of more small-scale activities to achieve their objectives, whether it is coaxing two empires to declare war on each other by spreading nasty rumours or just destroying an empire outright. There are a variety of win and loss conditions, some from 4X titles and some specific to Drox Operative 2. They are flexible enough that every playstyle should find some way to win, with some extra options to prevent the game from getting too repetitive. There is a lot of potential replayability. Ships along with their equipment and experience are carried over between playthroughs. Additionally, there are a variety of different races to try, each with their own set of bonuses and abilities. For the more experienced players, there are a large set of mutators like permanent death to make the game more challenging.

Combat is on the simpler side as the game is a top down shooter. Weapons are generally point and shoot, with some being projectile-based and others being hit-scan. Ship speed and weapon are limited by energy, so players will constantly be juggling around which weapons they can afford to fire and for how long in longer engagements. The combat tactics aren’t too complicated, as I found it generally boiled down to building a ship to engage the enemy headfirst or kite them around.

While there are plenty of combat heavy paths to victory, economics and diplomacy are just as important in Drox Operative 2. Since players aren’t managing a kingdom themselves, they will have lots of opportunities to serve as the mediator in disputes or be the puppet master. Covert methods of diplomacy generally keep players out of the line of fire, but it does have a monetary cost as action prices go up along with the rate of success. While credits are reasonable easy to attain in the game, spending too much money is a loss condition.

The victory options that do not involve the AI factions are probably the most intriguing of the bunch. Representing the survival of the guild through sheer force, players need to establish themselves or the guild as too brutal, rich, or skilled to be trifled with. These are often the most challenging, as these often require players to not rely heavily on allied organizations.

The RPG mechanics in the game aren’t too deep. Character progression is strictly limited to stats that allow higher quality equipment to be used, improve ship quality, and often boosts to secondary stats. The bulk of the mechanics lay in the equipment system. Each gear type has a specific goal in mind, allowing for meaningful builds. Min/max nerds will have plenty to tune as they balance stats and maximize firepower while staying underneath the ship’s power cap.

The user experience is a bit of a mixed bag. The tutorials are the traditional 4X help prompts versus a true tutorial. The ship controls work well as the developers have kept the standard top down control scheme and mixed in elements of action RPG and space sim control schemes for weapons and items. The UI on the other hand is where Drox Operative 2 struggles. While an old looking UI could be a stylistic choice, an old clunky UI is just frustrating to deal with. To put things nicely, some actions are a very tactile experience. Buying and selling things at merchants requires a lot of dragging and dropping instead of the more modernized hot keys. Swapping around equipment on the hot bar is a pain. The mouse cursor is located on the centre of a dragged icon, making it difficult to move items around. The map is not intuitive to navigate. Switching between map views is awkward as it is a single button to swap between views. Two separate buttons stacked on top of each other would feel easier to use.

The audio/visual experience is decent so far. The graphics and the UI look a bit dated, but it gives the game an old school 4X charm. The sound effects are the standard sci-fi affair. The soundtrack is good, but the direction feels a little scattered. Some tracks sound more like modernized chiptunes and the rest are traditional orchestral scores.

Drox Operative 2 is shaping up to be a solid niche title with some very smart gameplay mechanics. The game might be the perfect entry point for players new to the 4X genre looking for a taste without the commitment of learning an actual 4X game. The developers still have a long laundry list of things to do in the next nine months as the user experience still needs a lot of work. However, the core mechanics are already on solid ground, so it is an excellent start to the public alpha. 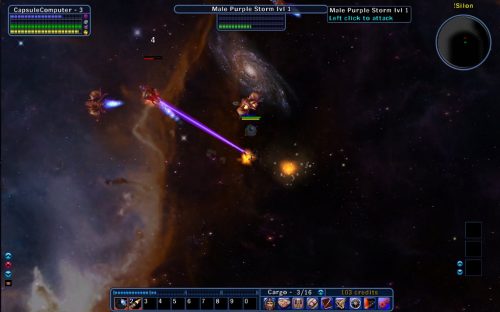