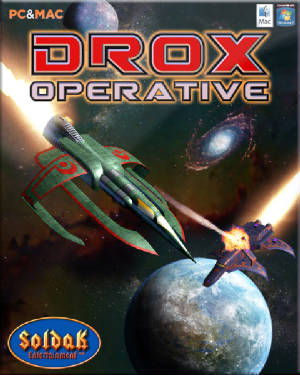 Overview
Space games are starting to get popular again, with plenty of indie developers vying for customers and plenty of Kickstarters vying for supporters to get their game into development and each one trying to offer a different experience to make themselves unique in the eyes of players.  Soldak Entertainment decided to go a pretty unique route for their game Drox Operative in that, while being an RPG the player is not tasked with leveling to become the driving force of the galaxy or lead all the people.  Instead, the sole goal is more tangential, ally the captain with the different races in the galaxy and help or hope that the captain is in the good graces with the last one standing or too scared of them to want to start anything or become the richest presence in the galaxy or . . . What makes Drox Operative unique is  that there are plenty of ways to win and lose, so players can play exactly however they want to.  But how well does that work? 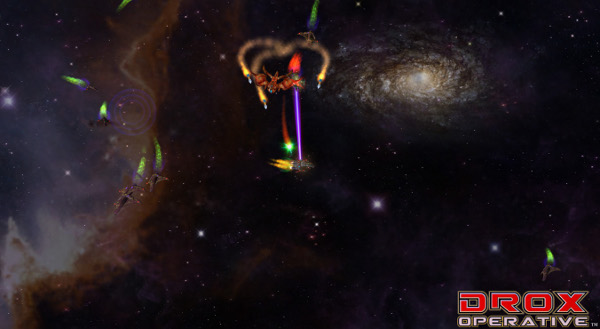 Story
In terms of story in the Drox Operative universe the information supplied only really covers the backstory and premise. The Drox race being one of the most well known forces in the universe and even better known were their Drox Operatives, captains that could tackle and complete any impossible task that was laid before them.  While a pretty good gig at the time, all good things must come to an end and after the Drox race started doubting the logic of allowing such an immense force to continue to exist they opted to try and kill all of them, which is of course the dumbest thing anyone can do when worried about how powerful someone is.  Needless to say Operatives won and now willing to work for those that are able to afford them, which is where the player captain comes in. 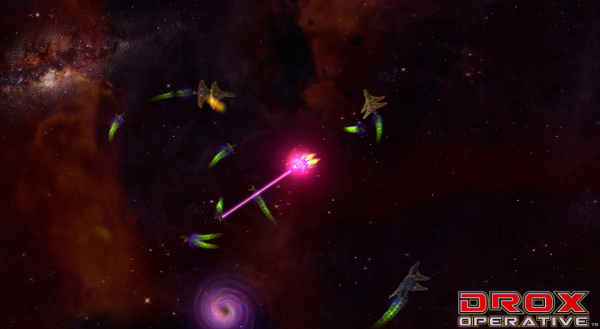 With a story like that the game both establishes exactly how powerful their Operative can be and can accomplish, as well as explains why the goal isn’t progressing the Drox race to being the top in the galaxy.  Leaving the rest of the story up to their players to fill in however they should choose.  The game is designed to let players play however they choose and likewise can roleplay that to the full extent as a captain sick of the war they were forced to do against the Drox and hoping to find a peace between all the races, or a captain looking to bash everyone into being left alone so no other race attempts to wipe them out like the Drox did before, or a captain looking to have the most peaceful race left standing and simply taking out all the others.  The variety of play and stories players can try their hand at is spectacular, so that anyone looking for a game that can be played in a vast multitude of ways can find it here.

Gameplay
With a story that can be taken in any direction by the whims of the players, it is great to see that the ease of play is likewise made excessible to a vast majority of people.  Starting out players get to choose their starting ship from those of the different races available in the game and with 10 races to choose from it is easy to get started one whatever path of playtype the player wants.  Being able to start with more tactical power, engineering, or any of the other skills is as easy as comparing each of the races and finding the right balance.  After picking a ship comes the most important decisions in the game, how to build the universe for that play which allows for plenty of options from the number of races the captain will be dealing with, to the number of systems in the universe, to what levels the enemies will be starting at.  What’s more the universe is generated randomly after selecting these options, so that different plays with the same options will provide very different experiences such as a universe with 3 more peaceful races on one go and the next having 3 warmongering races.  It is this variety that gives Drox Operative it’s biggest advantage, as players looking to get a lot of play out of their games can definitely find it here. 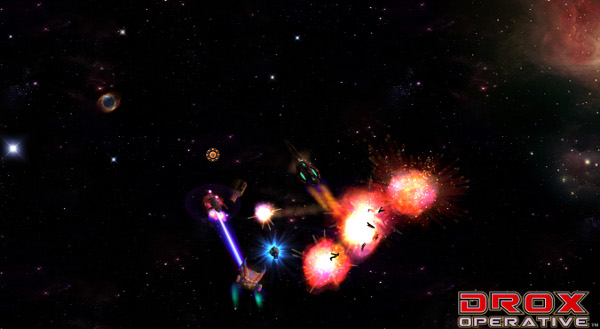 After the captain is finally free to explore the universe they now must inhabit, players can find the controls fairly easy to navigate using the mouse and keyboard.  Flying the ship with the left button and actions with the right, players can get into the groove of how to control in space and start exploring to see what the universe is like for them and the races they will be interacting with.  From this point the game gets far more in-depth from quests to aid the different races, to espionage and rumors to impact how the races interact with each other.  Needing to spark a conflict to narrow down two hostile races, spread some rumors with both about how the other hates them or sabotage one of their planets to give one side an edge.  Want them to become better allies, spread rumors that they think each other are pretty swell.  The ability to somewhat control how races feel about each other add a whole level to strategy to the game and provides more ways to try and achieve what players are shooting for.  Even better is that the game recognizes plenty of different ways to win the game, so that players aren’t simply shoehorned into playing one way to “officially” win. 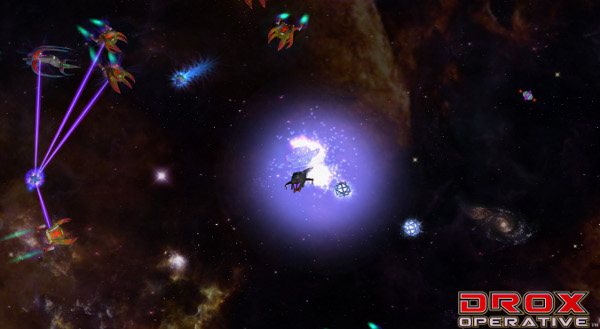 Though just how the quests are designed can take a little getting used to as the obvious choice of dragging specific items to a planet to complete a quest isn’t actually how it actually works.  This will instead jettison the object into space failing the mission, as opposed to the preferred method for the game of having to trade the items to the planet, which is nice after getting used to it, as there is then the option of just giving the planet the item or charging them for it.  While not a terribly big issue after getting the hang of it, it might have been nice if the game warned that this would jettison the cargo or give the player 10 seconds to pick it back up before just failing the mission.  Other than this issue which is easily learned from the controls and methods work great and the replayability of the game itself gives players plenty to do for hours and hours and hours.

Visuals and Audio
While not the absolute best graphics that could be utilized for a game the effort put into the variety of race and monster ships is apparent on even the first playthrough.  Every type of ship fits the personality of the race it represents and the monsters in the game are not only vastly different from each other, but each has variation among its own kind that provides a varied experience when travelling around a system.  It might have been nice to see a bit more variety among the different speakers of the races, but one for each does a fine job as the time spent seeing these is fairly limited in gameplay.  There isn’t much else that could be asked for in terms of visuals for an RPG with the depth that this has, as too much effort might have caused the gameplay itself to suffer, which would have severely hindered the games quality. 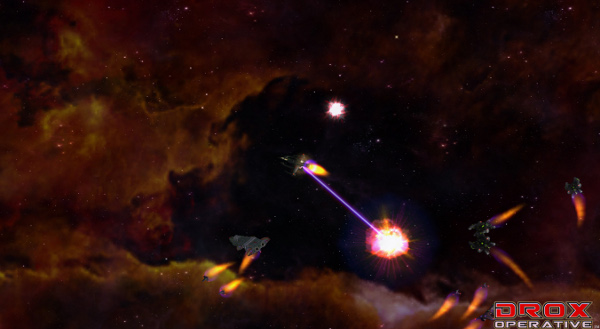 Audio is a bit limited in terms of gameplay, while the music that is present is great for the atmosphere of a space game the rest of it is a bit lacking.  Aside from the music in the background and the sounds of combat, the audio is limited to the clicks of menus and navigating screens, which unfortunately also stops the music when entering these.  While the music itself is awesome the fact that it is almost the only consist sound throughout play is a big distraction when it cuts out the second a menu comes up to check inventory or quests really quick.

Overall
Drox Operative is the type of game fans of space RPGs can lose themselves in for hours trying different tactics or methods for winning to see what they have to offer.  The random generation of galaxies adds even more variety to the game to keep it not only fresh, but supply different challenges even giving harder options after players have gotten used to the game.  While the visuals do a great job showing off what it has to offer without needing to be excessively detailed, the audio being limited to simply sound effects and music that cuts out the second any menu is opened kind of hurts the flow from gameplay to the menus.  But, with audio being the only weak link, I give Drox Operative