Last week WayForward introduced River City Girls‘ Misako and now they are introducing the other half of the fighting pair by introducing us to Riki’s girlfriend, Kyoko. Kyoko is described as being more cheerful and bubbly than her best friend Misako but as you’ll see in the video below, she is all too willing to kick someone’s teeth out, especially if they happen to mess with her boyfriend Riki.

Kyoko’s fighting style appears to feature primarily kicking and grapple moves as she can even pull off a hell of a frankensteiner on enemies. Currently River City Girls is set to be released on September 5th for the PlayStation 4, Xbox One, Nintendo Switch, and PC. 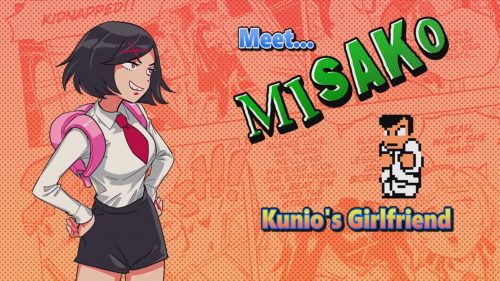