Iratus: Lord of the Dead

Iratus: Lord of the Dead is making evil cool again. Players take on the role of Iratus, a necromancer recently freed from a thousand years in prison. He’s not wasting any time and is off to conquer the world once again, slaying any do-good hero that might get in his way.

Iratus: Lord of the Dead is a rouge-like tactical RPG. Developed by Russian developers Unfrozen, the game aims to be a combination of Darkest Dungeon and Overlord. Players work their way through the levels of a dungeon, battling their way through a series of four versus four battles. As a rogue-like game, the death of a minion is permanent. Luckily, a steady stream of body parts from fallen enemies provides players with all the raw material needed to craft replacements soldiers.

We checked out the build that was available at the game’s Steam Early Access launch. The game is mostly feature complete. The game has three out of five levels completed, 16 playable minions, and a full suite of tools for Iratus to use. Future builds will bring more levels, minions, and enemies.

This game is designed to be hard. At the end of battle, minions who participated in combat will not heal. Minion death is permanent. Losing an entire squad means players must build a new squad and finish off the remaining enemies in the engagement. While losing a minion is painful, it is survivable since players can use parts collected from previous battles to create a new, more powerful minion. Parts are finite though, so players still need to be careful in combat.

Enemies are usually very close in power to the player’s own minions. To win, players will need to exploit enemy weaknesses. Enemies can be killed through health or stress damage. Health can be damaged through physical or magical means. Stress is a little more convoluted. As more stress damage is done, enemies randomly gain an insanity debuff, which can range from an unimpressive loss in evasion to a much more appealing flee. Once the stress level is down to zero, the enemy has a chance of dying every time it takes more stress damage.

While Iratus has his minions do most of his work, he’s no pushover himself either. He has a variety of buildings to increase item, experience and health gains. Four skill trees offer buffs for minions, special spells for Iratus to cast in battle, and extra loot from battle.

Minion crafting is an interesting affair. Body parts and equipment drop from fallen enemies. Rarer parts will impart bonus stats. While losing a minion is annoying, brains will drop occasionally from enemies. Sticking them into a minion will instantly increase the minion’s level. This is also a great way of getting freshly made minions with high end parts up to speed with the rest of the party.

Considering the game has just launched on Steam Early Access, it’s surprisingly well balanced. Combat is brutal, but generally feels fair. Enemies have clear weaknesses and winning requires teams to have synergizing abilities. Each level of the dungeon has its own enemy groups, so there is plenty of time for players to optimize their teams. The boss fights are tough with some very nasty mechanics to amp up the difficulty. Stress feels like a good starting point for future tuning. It’s definitely less flexible than health damage, and the RNG required for kill can be frustrating.

The controls are solid for the most part. The game can be played entirely with a mouse. There are some keyboard shortcuts for abilities, but there is no option to rebind the keys. The menu layout outside of combat is good except for unit management. It’s mostly done at the graveyard located outside of the tower, where players shift units between buildings, active squads, and the mortuary. Unit inventory and stats can only be seen in the tower, requiring players to bounce back and forth between the graveyard and the tower.

If there is one small change that Iratus: Lord of the Dead could use, it’s a quick save button. If a player quits the game mid-combat, it counts as a surrender and the entire squad of minions die. I can understand the need to prevent players from cheating by using alt-F4 to forcibly quit the game and fall back to the save before combat began, but not being able to create a temporary save and quit the game when life gets in the way is frustrating.

The audio/visual presentation in Iratus: Lord of the Dead is excellent so far. The art style is dark fantasy and is a homage to one of the game’s inspirations, Darkest Dungeon. The sound effects and soundtrack are solid. Stefan Weyte of Blood fame does a great job as Iratus.

Iratus: Lord of the Dead is living up to its promise of being Darkest Dungeon meets Overlord. Considering the game just hit Steam Early Access, it’s already very sound mechanically. While the game could use some minor balancing and a few quality of life changes, Iratus: Lord of the Dead could easily slap in more content and still earn itself a decent review score tomorrow. 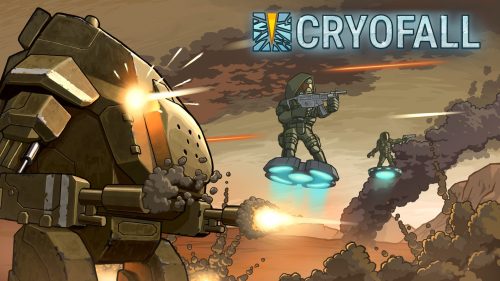