Idea Factory International has announced that they are planning on releasing Dragon Star Varnir sometime this summer for the PlayStation 4. To go along with this information the company has also released a new batch of screenshots as well as information that focus on the game’s battle system.

Dragon Star Varnir follows the story of a knight named Zephy who is almost killed while on a mission to hunt down witches only to be saved by two of these mysterious witches with the blood of a dragon. Given new magical abilities from their efforts he finds his fate intertwined with the witches and reluctantly joins them to fight against an Empire out to destroy his kind, ruthless dragon hunters, and a witch more powerful than any in existence.

As for the battle system players will find that battles in the game can take place a 3-tiered field where players can move freely between the top, middle, and bottom layers with players being able to use a variety of attack types on enemies such as slashing, piercing, shooting, or simply hitting them. With six types of magical abilities players will be able to easily target enemy weak points and while physical attacks can only be performed on enemies at the same tier, magic can target enemies on any tier.

While fighting enemies you can raise their Fear Level by targeting weak points and performing critical hits and if they happen to be truly afraid, they can be Devoured and unlock their skill tree. If an enemy’s fear level happens to reach the maximum level a weak point rush can occur and if they manage to be slain during this rush, a Devour is guaranteed. On top of this players will even be able to trigger Dragon Awakening, a transformation that increases a character’s abilities and armor.

Hyperdimension Neptunia Re;Birth 1 to feature Nepgear and other CPU Cadidates 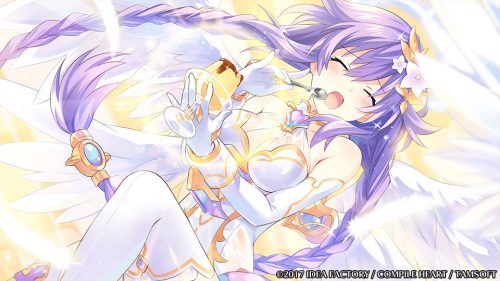