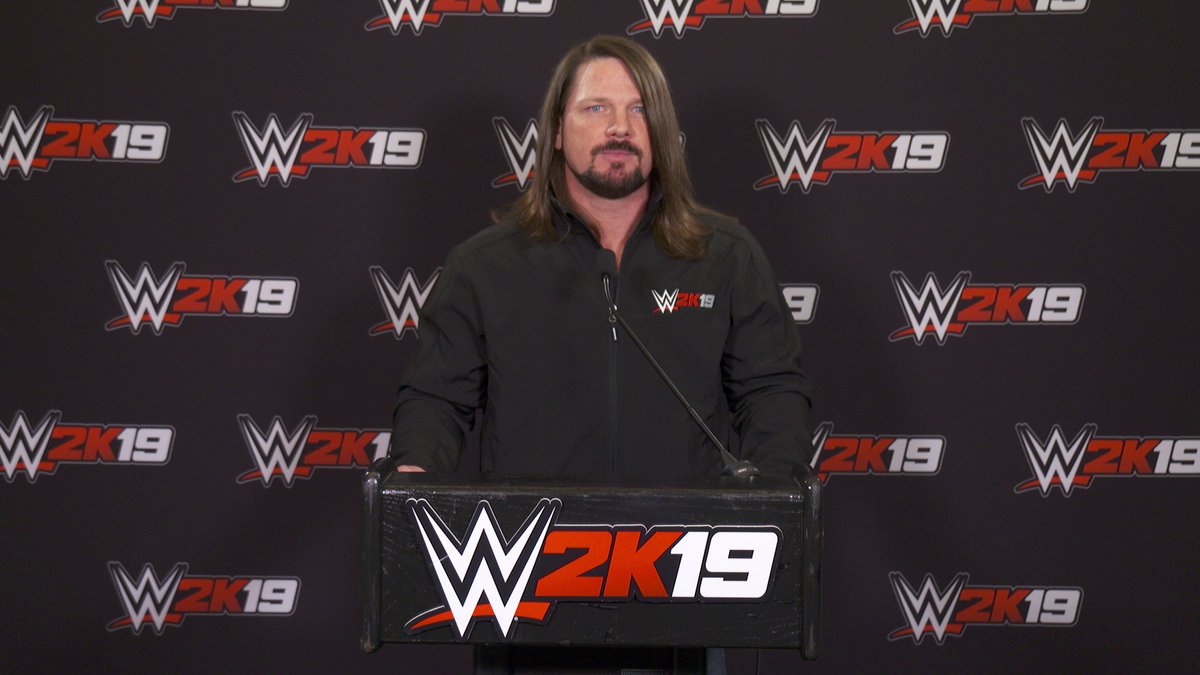 2K and WWE is kicking off the “Never Say Never” marketing campaign for WWE 2K19 with a bang. As part of the announcement introducing AJ Styles as the cover star for WWE 2K19, 2K and WWE are running a contest that will see the finalist go head to head against AJ Styles. The contest is open to players around the world on PlayStation 4 and Xbox One (sorry PC gamers). Players will need to beat a soon to be announced mode in WWE 2K19 and create a video showing why they will beat AJ Styles at WWE 2K19. The makers of the four best videos will go head to head in a semi-final round. The winner will then play AJ Styles in a round of WWE 2K19. If the winner can beat AJ Styles, they will take home a million US dollars.The full contest rules aren’t up yet, but the basics are outlines here.

The collector’s edition will only be available in stores for PlayStation 4 and Xbox One. It comes with the deluxe edition content plus premium packaging, physical collectibles to be revealed at a later time, and limited edition WWE SuperCard content.